The popularity of NBA Cards in the Philippines had its peak in mid 90s when His Airness, Michael Jordan and the Chicago Bulls ruled the NBA. The popular and sought-after players that time, besides Jordan, were Grant Hill, Anfernee 'Penny' Hardaway, Jason Kidd, Dennis Rodman, rookies Kobe Bryant, Kevin Garnett, Stephon Marbury, Ray Allen, Steve Nash and a little later, Tim Duncan. I used to hang outs at the old Virra Mall in Greenhills, SM Centerpoint and other trading points in Metro Manila and had grand time swapping, trading, selling, buying cards with collectors and avid NBA fans. It was pure fun that time until the Asian financial crisis ruined and messed the whole thing. The prices of the cards went high and became unaffordable. 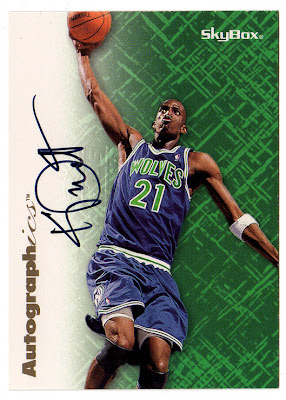 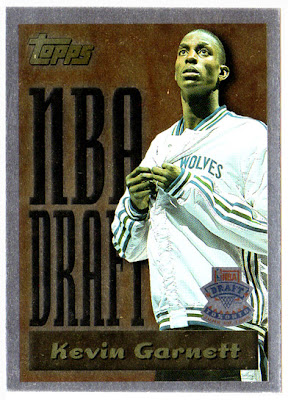 
I am a KG fan from the time he was drafted in 1995. He was second to my all-time best player, the legendary Michael Jordan of Chicago Bulls. Kevin Garnett jumped directly into the NBA in 1995 out of high school. Drafted No. 5 pick overall, he became the fifth player to enter the league without having played college basketball. For 12 seasons, Garnett stood as the lone wolf in . The “Big Ticket” carried the team on his shoulders and while being paid handsomely for the big task (more than $200 million), he fell short of taking his team to the finals. Garnett produced an MVP season in 2004. He got within two victories of a finals berth that year.

Last July 2007, the T-Wolves traded KG to the Celts in a seven-for-one trade, the largest in NBA history. With Paul Pierce and Ray Allen already in the roster, the Celtics have been transformed into an instant title contender. The Celtic’s last championship came in 1986 courtesy of the original big three --- Larry Bird, Kevin McHale and Robert Parish. The team is now poised to make another title run with Garnett, Pierce and Allen.

Today, the Boston Celtics has the best win-loss NBA record at 32-6. 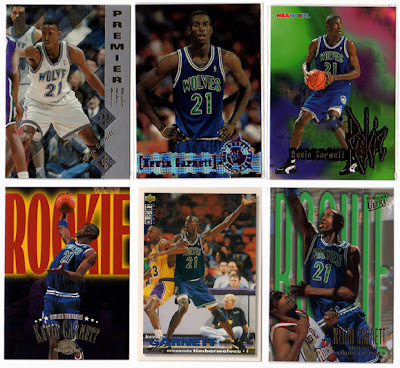 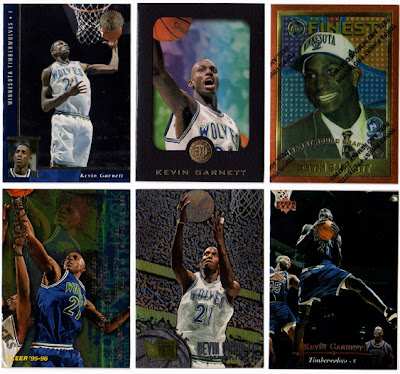 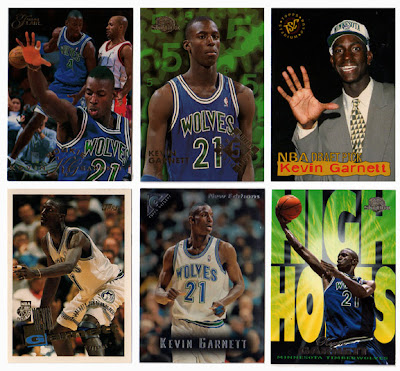 good day, i used to collect NBA cards myself and i really feel you on what you've said about how the hobby went limp in the Philippines.

i have a question if its ok, i too have the same KG autographics how much is it worth now, it's my prized card and has kept it for more than a decade now. i hope you can answer my inquiry

have a nice day.

Hi Yuseff! I have the KG Autographics, the black one (it's the rare one instead of the blue one. The first time it appeared, the card was about$300. I'm sure that the price is still the same, considering that he played consistent basketball.

rebro im a kg collector myself nice to know someone still collects nba cards
do you happen to have some extra or double kg cards that you're willing to sell?
you can contact me at this number
09053533287

Great collection you got there bro! :) Do you have KG cards you're willing to let go of from your collection? I'm an avid KG fan too and I've just started collecting his cards this year. :)

If you have some KG cards to spare, please contact me @ this email address:
lscnamuco@gmail.com.

Thanks a bunch! Mabuhay ka bro and your blog. :)