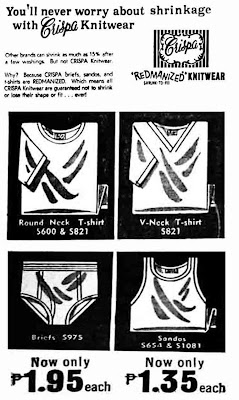 Crispa Product Ads in the 60s-70s- Used to wear these T-shirts and undergarments during my teen years. 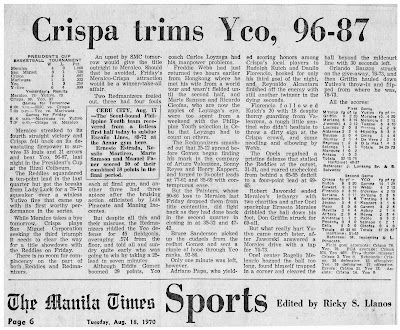 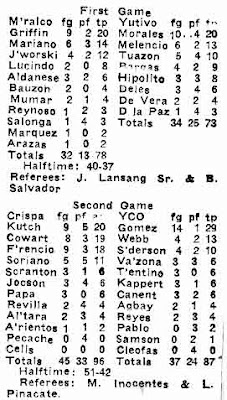 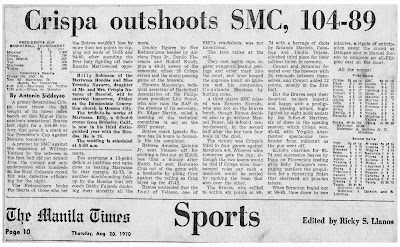 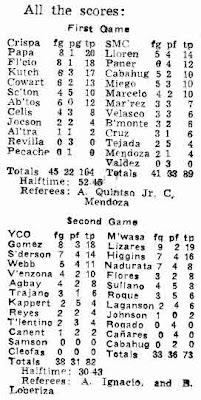 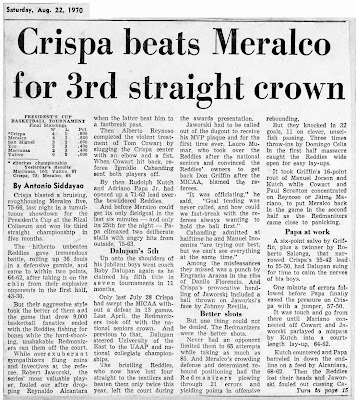 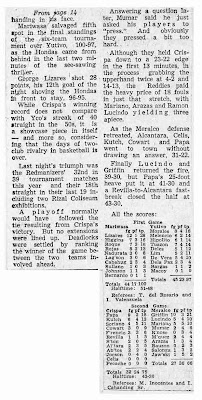 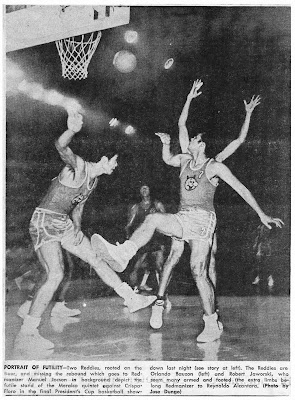 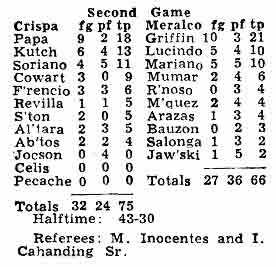 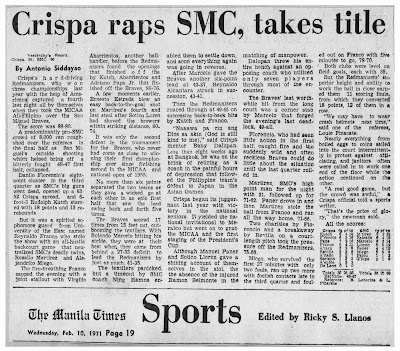 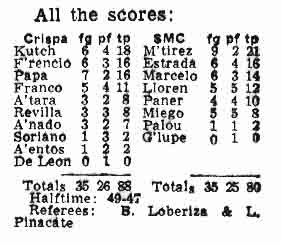 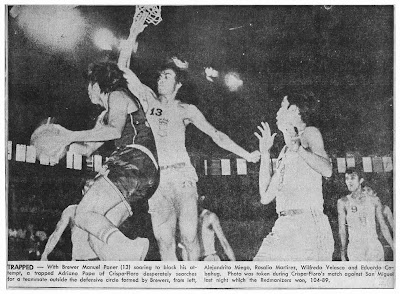 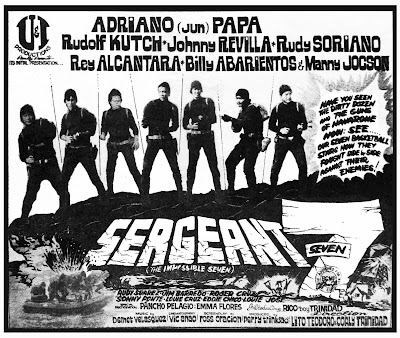 Do you have clippings during the 1972 MICAA wherein Jaworski punched a referee earning him a lifetime ban?

Correct me if I am wrong but as far as I can remember the very first 'imports' of Crispa were
Bill Leedom and Paul Scranton.I was still in college then and Danny Pecache was a classmate of mine and we used to talk about MICAA basketball games.
Please enlighten me in this regards

hope that you could post more micaa games specially meralco games. thank you very much!

You have any more photos or articles on Jun Papa? It would be greatly appreciated.

hello my name is fred. i was in elementary then grade 6. i always watch on tv the miccaa games of crispa (their uniform was my favorite. my question is that how there are no videos or films of crispa meralco yco smc seven-up games? it was televised and im sure they have a video from the television network i think it was channel 11 then im not sure and how come if you check the youtube the old games of bob cousy jerry west etc you can watch it even the whole game like new york knicks way back 1969

Sadly there seems to be no videos that exist on MICAA games during the 60s and 70s.

i am looking for old photos of Manny Jocson, also want to know where is he now.. thanks much

What years did Crispa win the MICAA and PBA championships? thanks

sir im doing a research regarding an ilonggo basketball player named Norberto Limas, i was told he was a great. but i have lack of information regarding him.

I tried searching for the first televised basketball game in the Philippines but failed. My grandfather said to me that he played for the first ever televised basketball game in the Philippines. His name is Ramon "Sonny" Garcia Jr. Dont have any details regarding what team he played or what year he started. All i know is that he played on it and played in MICAA during his youth. Maybe, just maybe someone knows him here. Its great though if i can find the televised game im searching on

I was a diehard fan of crispa redmanizers in the late 60's and early 70's where crispa won almost all the championships: regular micaa, governor's cup or president's cup, all Filipino micaa, invitationals, etc. for every championship I had a sticker. Spent almost all my school allowance buying all the newspapers just to have clippings of the games. Crispa was and still is the best team for me ever! I remember a finals game where only 6 or 8 redmanizers played (the rest were suspended) and they still won. Among all players Danny Florencio is still my favorite. He scored 68 in a game and to think that there were no three-point shots at that time. I hope the kids now could see his acrobatic shots. The combination of the expertise of each player is a must see. Micaa was played in channel 4 at that time. Hope they can show the games in jeepney tv or in any sports tv.

Me and my twin brother started becoming basketball fans back in 1971. Since the clippings here are from 1970, I never personally these games. In 1971 Tom Cowart and Paul Scranton remained as Crispa imports. Meralco had a new set of imports in Bob Presley and Carl Greenfield. For the YCO Red Painters, the imports were Charles Walker and Earl Seyfert.

Please take note that imports were not allowed to wear high jersey numbers. They have to play along with the local rules on jersey numbers. As illustration Cowart wore # 18 and Scranton wore # 16 for Crispa.

The first game that is really etched in my memory was a thrilling game won by YCO over Crispa in the 1971 MICAA All Filipino. YCO won 81-80 after leading at the half 40-37 (In our generation, basketball is plaayed by 20 minute halves. I believe it is only the US NCAA which still does this). The game featured a post game fracas involving YCO's Freddie Webb and Crispa's Rey Franco.