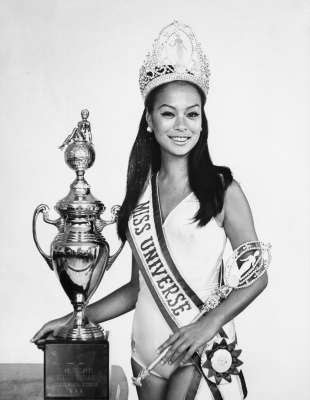 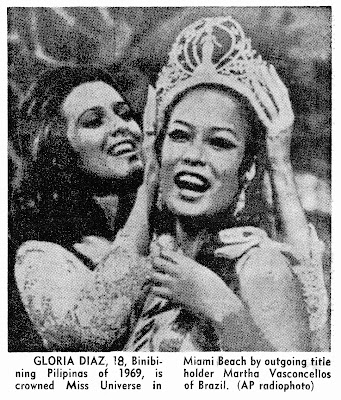 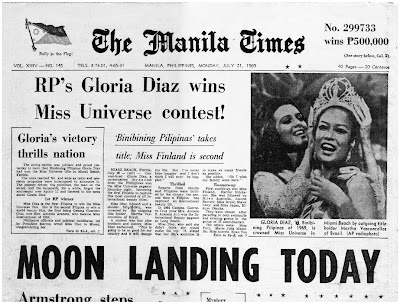 Apollo 11 moon landing took a back seat in 1969, when our very own Gloria Diaz won the Miss Universe pageant.

The news report--- July 21, 1969- Convent-bred Gloria Diaz, a raven-haired 18-year old from the Philippines won the Miss Universe pageant Saturday night, becoming the first Filipina to capture this most coveted of all international beauty titles. Miss Diaz, 5-foot-5 and a slender 34 ½ -23- 34 ½, was crowned by the outgoing title holder, Martha Vasconcellos of . A student who has nine brothers and sisters, Miss Diaz exclaimed, “This is going to be so good for my country and it will change my life. But I’ve never been been happier and I don’t think I will ever be happier.”

Reports from said Filipinos were thrilled by the victory, the second time a Filipina has captured an international beauty tilt. In 1964, Gemma Guerrero Cruz (now Mrs. Antonio S. Araneta Jr.) won the International Beauty pageant at . Miss Diaz, who said she didn’t think she would make the top 15, stated that her life’s ambition is to make as many friends as possible. She added, “Oh, I wish my family were here. 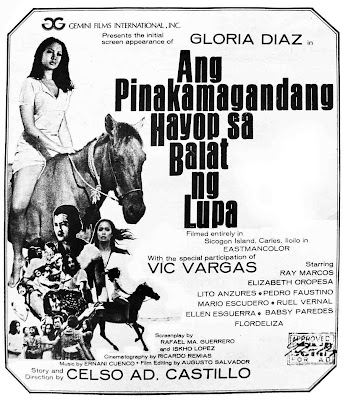 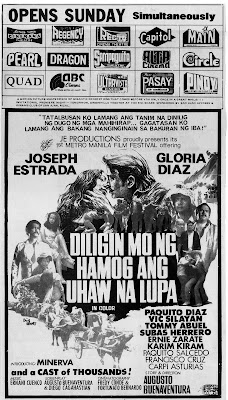 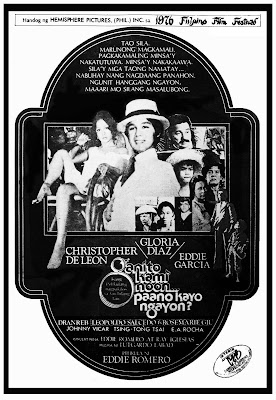 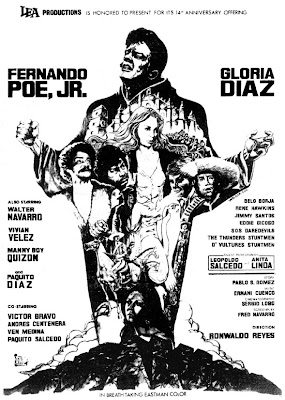 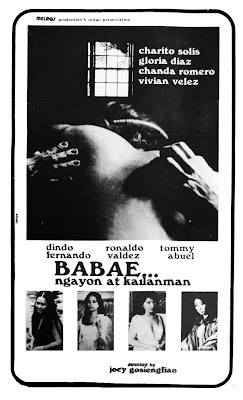 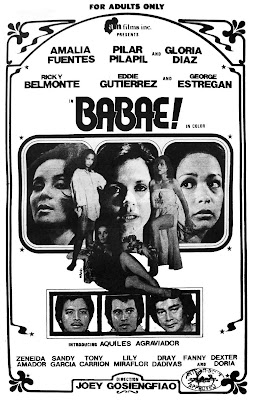 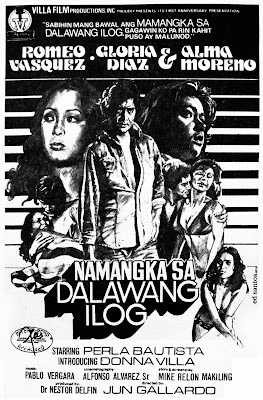 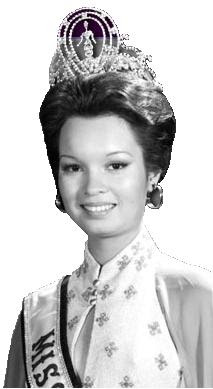 The 1973 Miss Universe Pageant was held on July 22, 1973 in the ancient Herod Atticus theater at the foot of the Acropolis in . The pageant was broadcast live worldwide via satellite for the first time. The beautiful broadcast from the Parthenon in , begins a tradition of televising Universe Pageants from exotic locales around the globe.

For her final question, she was asked, if you had one million dollars what would you do with it? With the love and peace mentality of that decade she said, "I would buy a big house where I can live with all the people I love".
(see link)

She also made a movie the following year. 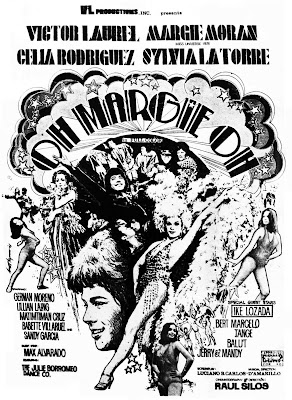 So good topic really i like any post talking about Ancient Greece but i want to say thing to u Ancient Greece not that only ... you can see in Ancient Greece The fourth century and more , you shall search in Google and Wikipedia about that .... thanks a gain ,,,