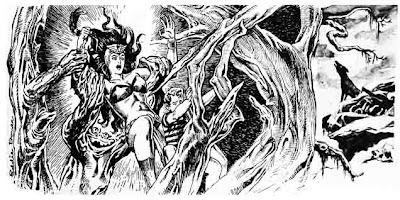 After 11 years, Darna was reintroduced to the moviegoing public with Liza Moreno playing the title role in Si Darna at ang Impakta. It was immediately followed by Isputnik vs. Darna one and half month later. In 1965, the first Darna movie in color, Si Darna at and Babaing Tuod was shown to the public--- this time Eva Montes was tapped for the role. Gina Pareno reprised the role in 1969 with Darna at ang Planetman.
More on Darna
See Pinoy Superheroes 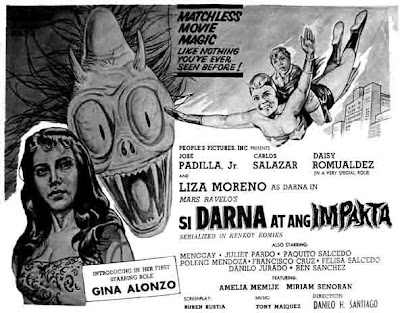 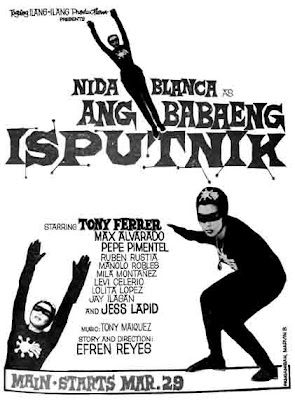 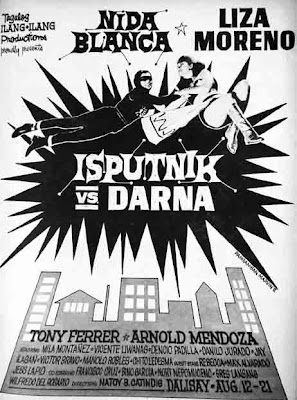 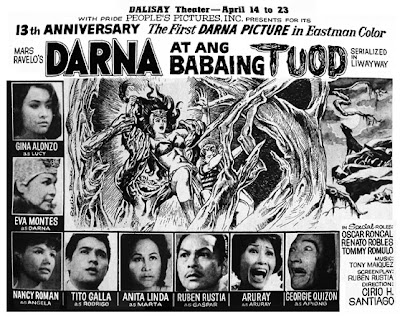 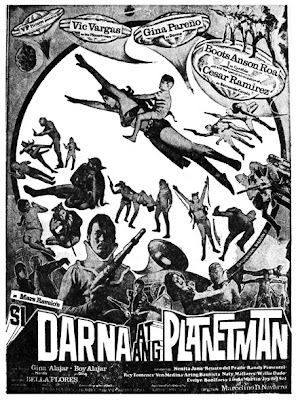 Si Darna at ang Planetman (1969) -
Stars Gina Pareno as Darna, Vic Vargas as the Planetman,
Boots Anson-Roa and Cesar Ramirez,
with Gina Alajar as Narda and Boy Alajar as Ding

Darna at ang Babaing Tuod, a novel by Mars Ravelo,
was serialized at Liwayway Komiks/ 1965 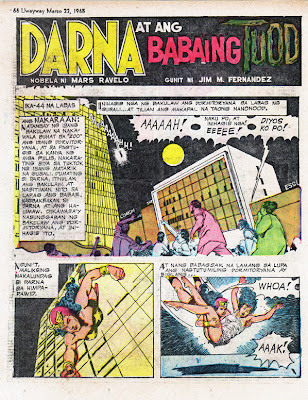 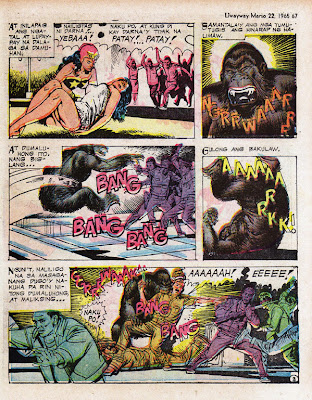 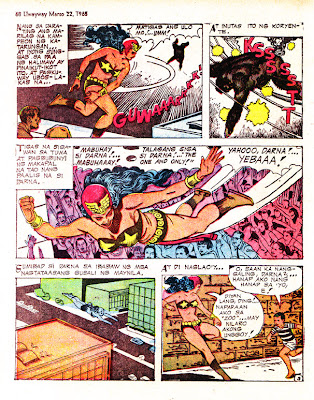 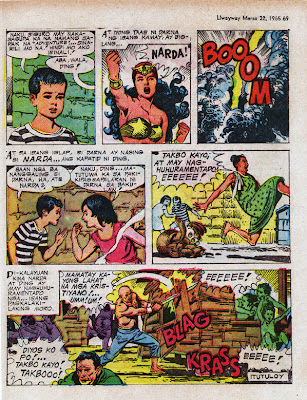