Bato sa Buhangin, instead of Alamat ng 7 Kilabot as previously announced, was shown at Skycable Cinema One. Very disappointing and a big letdown for me since I have to cancel some of my appointments just to see this movie. I failed to see Alamat when it was shown in 1967. Just the same, though I've seen Bato a number of times, it's still a treat for both FPJ and Vilma fans. I hope Cinema One will not spoil the rest of the schedule. 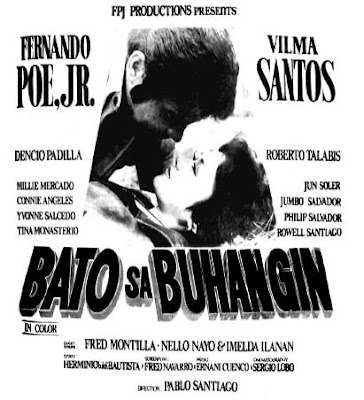