Lamberto Avellana’s career in film started with an offer of then General Carlos P. Romulo to direct a film on the revolutionary hero Macario Sakay for the big screen. Although his wife, Daisy (Hontiveros-Avellana) apparently chided him for not knowing the first thing about movies, Avellana was not dissuaded and Daisy ended up writing the screenplay.

Sakay jump-started what came to be Avellana innovative introduction of a point of view replacing the traditional eye level camera angle in film storytelling. With the assistance of William “Pop” Jansen, a man he acknowledges as mentor in his starting years, Avellana learned the nitty gritty of film-making and at age 23 was dubbed “The Boy Wonder of Philippine Movies.”

Sakay was adjudged best film of 1939, cheered for its technical aspects and especially for realism then uncommon in Philippine cinema. The fly in the ointment was their portrayal of Sakay as bandit instead of revolutionary, which belatedly Avellana realized had been based on American propaganda materials of the time. His son Mari Avellana, who was later to follow in his directorial footsteps, tells us today that his dad was so disturbed by the mistaken portrayal that he had always planned a remake to right the wrong but died before this was realized. (Source: Filipino Directors Up Close by Bibsy M. Carballo/ 2010) 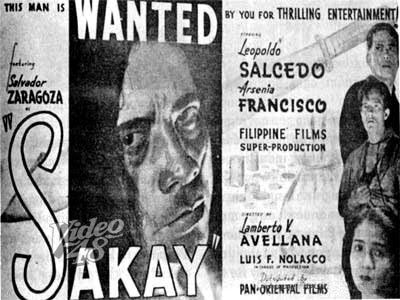 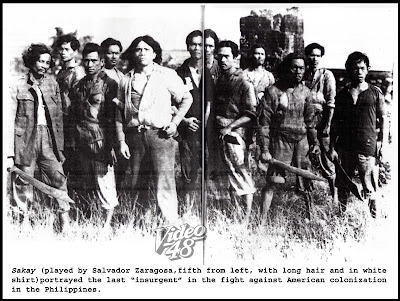 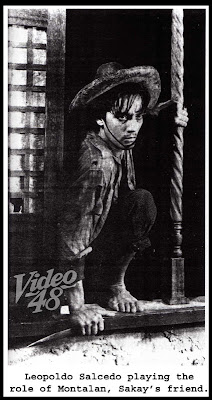 The film is about Macario Sakay, a controversial real-life figure in the fight against American colonial domination. For the American authorities, he was last remaining “rebel” who refused to swear allegiance to the U.S. government. But to Filipino natives, Sakay was a hero. Played by Salvador Zaragosa, Sakay was a barber from Tondo who tried to revive the Katipunan, an outlawed organization agitating independence. Charged with sedition, he was later released fro prison after being giving amnesty. Joining the guerilla outside of Manila with the help of Montalan (Leopoldo Salcedo), he waged a clandestine war that turned him into a folk hero (but with a price on his head). The Americans organized the Philippine Constabulary to chase after him. Sakay sought refuge in a church but later met his end when a whole village was burnt.

For a debut film, Avellana was entrusted by the producers to make a “super production.” He had a mock-up village constructed only to be burnt at film’s end, something unheard of during the early years of Philippine cinema. He likewise made two set miniatures for close-ups. Finding his way into film from a promising stage career, the young film director remarked, “It was hell of a way to launch a career. But it did mine very well, I must admit.” (Source: Lost Films of Asia by Nick Deocampo) 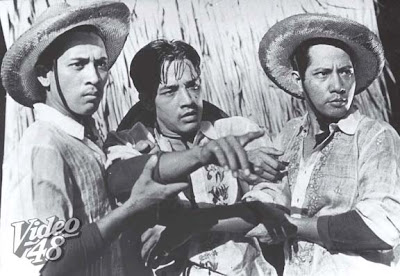 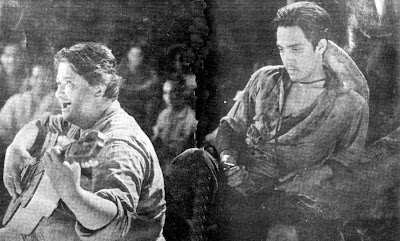