LVN Pictures was established in 1939 by three friends--- Doña Narcisa "Sisang" Buencamino de Leon, Carmen Villongco and Eleuterio Navoa, whose initials spelled the name of the company. Their first movie, Giliw Ko, a musical starring Ely Ramos, Fernando Poe, Sr., Mila del Sol and Fleur de Lis (later renamed Mona Lisa) was a sensational box-office hit. However, its succeeding films did not fare well at the tills and in order to save the company, Doña Sisang had to buy out the other stockholders.

Giliw Ko, directed by Carlos Vander Tolosa, is one of the five existing pre-war movies available. 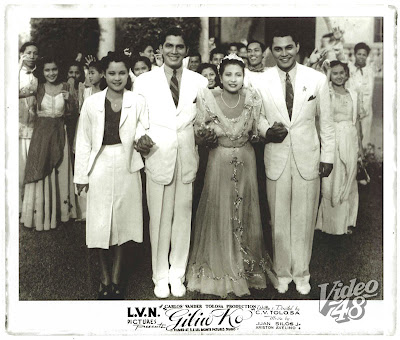 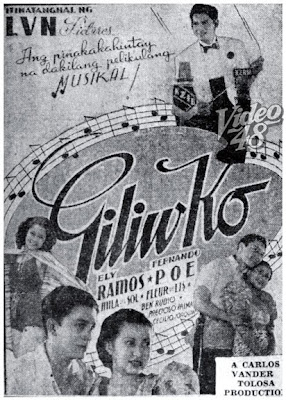 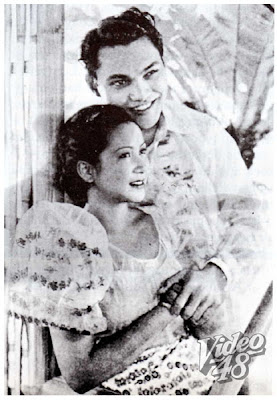 Not sure of the song "I'm so in Love with You." I think it was used in the movie, "Broadway of Melody of 1940" (unused, alternate lyrics to the music of "I've Got My Eyes on You" (1939))by Cole Porter--- see link: http://www.thepeaches.com/music/composers/cole/Songs.html

This year, "Giliw Ko" will be celebrating its 75th anniversary.