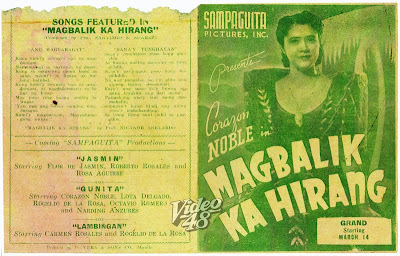 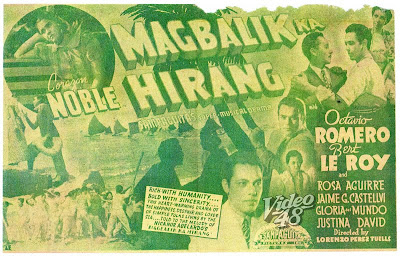 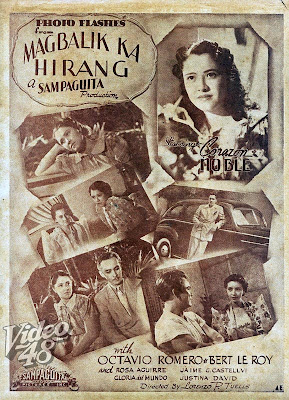 I think Mommy Cora aka Corazon Noble died around 1993 -- basta 1990s na sya namatay. and yes she retired after doing some more films in 1948. pero parang may movie sya in the 70s --- magaling pos sya at masarap amgluto. after leaving showbiz she just focused on being a mom and wife - specially nun nag work sa abroad si tatay Angel esmeralda.

My mother was Gloria del Mundo. I have tried in vain to find any of her films, but she told me Sampaguita Pictures was destroyed during the war, and that there are no copies existing. Does any one know different. Gloria del Mundo is now 90 years old, but unfortunately no longer communicative.

My mother the late Corazon Noble died in March 2001, it was my brother Jay who died in Feb of 1992

Leslie, I am working on a book on the 1945 Battle for Manila, and would like to talk with you about your mother. I have her 1945 war crimes deposition and her brother Vicente's deposition. Please message me through my Web site at www.jamesmscott.com, if you get this. Thanks so much. -- Best, James