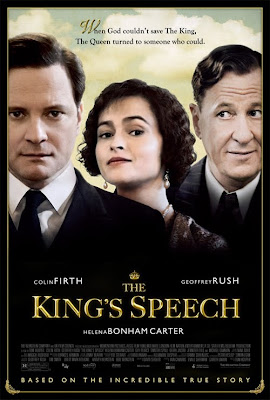 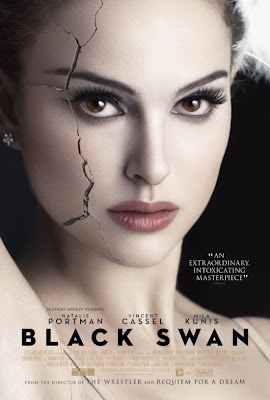 Los Angeles (CNN) -- The story of a king overcoming a speech impediment to lead his people through World War II took top honors at the 83rd Annual Academy Awards.

"The King's Speech" won the best picture, best actor, best director and best original screenplay Oscars at Hollywood's Kodak Theatre Sunday night.
The saga of how a college student created Facebook, which is now credited with helping citizens overthrow their leader in the Mideast, lost out on the big awards, but "The Social Network" did win Oscars for best musical score, film editing and best adapted screenplay.

Natalie Portman, who played a ballet dancer in "Black Swan," was given the best actress Academy Award. Portman also won Golden Globe and SAG best actress trophies in recent weeks. Portman, who is pregnant, was asked backstage if she might now consider "Oscar" as a name for her child. I think that's probably definitely out of the question," she said.

When "King's Speech" director Tom Hooper accepted the best director Oscar, he noted that it was his mother who found the script for him. "The moral of this story is listen to your mother," Hooper said.

"King's Speech" writer David Seidler pointed out that at 73, he was the oldest person to ever win best original screenplay. "My father always said to me I would be a late bloomer," Seidler said, "I hope that record is broken quickly and often."

Colin Firth, who portrayed the stuttering King George VI in "The King's Speech," completed his sweep of best actor honors with the Oscar win."I have a feeling my career has just peaked," said Firth, who also won a Golden Globe and the SAG award.
Firth was asked backstage what he would now do since the hectic film award season has ended. "I think I'm going to cook a lot," Firth said. Cooking is "a very good way to decompress," he said. He does not support the decision to re-release the movie with the F-word edited out to allow a younger PG-13 rating at U.S. theaters. King George VI was taught by his speech therapist to use the obscenity as a tool to smooth out his stuttering.
"The context of this film, it could not be more edifying, more appropriate," he said. "It's not vicious."

Christian Bale repeated his Golden Globe and SAG award wins by taking the best supporting actor Oscar for his role in "The Fighter."

Melissa Leo, who played the mother and manager of two boxers in "The Fighter," completed her trifecta of major awards when 94-year-old Kirk Douglas handed her the best supporting actress Oscar. Leo also won Golden Globe and SAG best actress trophies.
Douglas, who walked with a cane and spoke slowly with slurred speech, managed to upstage Leo with his humor, jokingly delaying reading what was in the envelope. His stand-up routine was rewarded with big laughs. Leo, whose acceptance speech included a censored expletive, used Douglas's cane to walk off stage.

"Inception," a film that explores the human mind and dreams, won four Academy Awards, including for cinematography, sound mixing, sound editing and visual effects. The film was also a best picture contender, although most of its eight nominations are in the technical categories.

"True Grit," based on the same book as the 1969 John Wayne film, failed to win in any of the 10 categories for which it was nominated.

"Alice in Wonderland," which was not among the 10 best picture nominees, was rewarded Sunday night with two Oscars, for costume design and art direction.

"Inside Job," a film about the 2008 financial system meltdown, won the best feature documentary Oscar. Producer Charles Ferguson used his acceptance speech to say that "not a single financial executive has gone to jail and that's wrong."

The short documentary Oscar went to "Strangers No More," a film about an Israeli school that includes students from 48 countries.

The Oscar for best makeup was given to "The Wolfman."