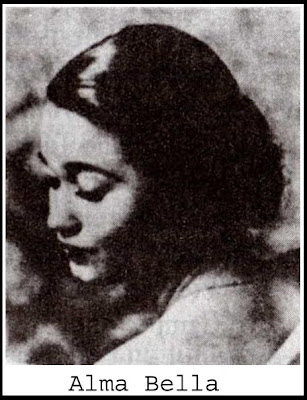 Punyal na Ginto, released and shown in 1933, was the first Tagalog sound movie or completely “all talking” photoplay. Produced by Felix Paterno and Francisco Santamaria, under Malayan Pictures Corporation, the movie starred Alma Bella, Tina del Rosario and Carlos Padilla under Jose Nepomuceno direction. Exhibited at the Lyric Theater on the Escolta, this production was made possible with the importation of American technicians and sound camera equipment by two American businessmen and promoters, George F. Harris and Stewart “Eddie” Tait of the Tait Shows carnival fame. 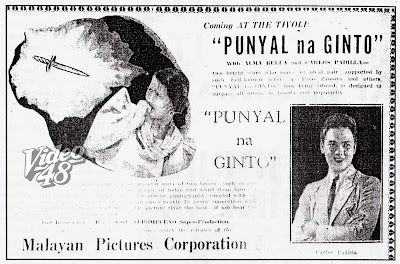 Thank you very much for your unceasing effort in educating us on the history of philippine cinema, one of the most neglected aspects of philippine culture.

Do we have an archive on where we can watch this movie?
Thank you so much!

SAD!!!!ALMA BELLA JUST DIED THIS MAY 2012 AT THE AGE OF 102 IN MANHATTAN NEW YORK, WITHOUT ACKNOWLEDGEMENT,LIKE WHAT HAS GIVEN TO DOLPHY. ALMA WAS AN ICON TOO.AND DESERVES AN ICONIC TRIBUTE. SAD.