THE SEÑORITA, CARMEN ROSALES LIKES AND ENDORSES "DIANA MARGARINE" CIRCA 1940

One of the biggest star in the pre-war era was Carmen Rosales in which her movie Señorita, produced by Sampaguita Pictures, was the biggest moneymaker in 1940 and the studio's top pre-war hit. 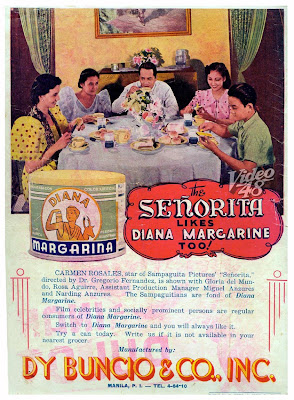