Hollywood sexy star Ursula Andress (Sean Connery's leading lady in Dr.No) was making a movie, The 26th Cavalry, in the when her husband, John Derek photographed her in the nude in for Playboy magazine. The movie was released locally in 1965. It was later retitled No Toys for Christmas during its worldwide release.
Source: Jessie B. Garcia/
A Movie Album Quizbook/ 2004


Note that the cast include Rod Lauren, the same Rod Lauren Strunk, the husband of the late Nida Blanca. Lauren was an American actor and singer before he met the Filipina actress. Strunk was facing trial for the murder of Blanca when he committed suicide on July 11, 2007, by jumping from a second-floor balcony of the Tracy Inn in California. 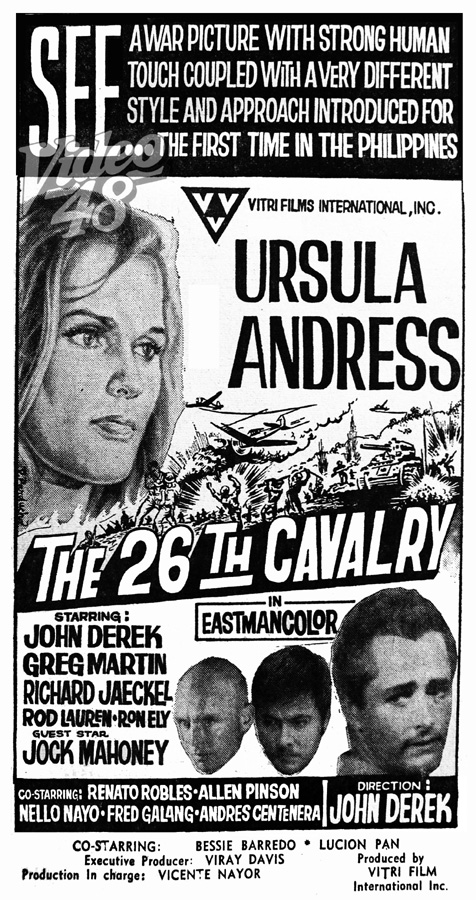