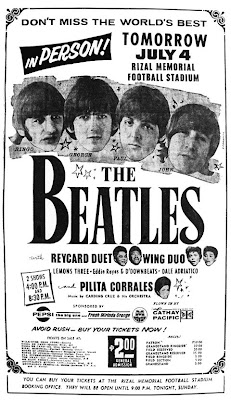 In 1966, The Beatles landed in the from for a two-concert stop. But what was anticipated to be The Beatles' second biggest concert ever became a dark spot in the group's history. Just exactly what happened on those fateful days remain confusing to many. Was it simply a case of miscommunication, lack of communication, false assumptions, opportunism? Whatever, the Philippine experience became one of the last nails on The Beatles' touring coffin as Neil Aspi­nall, a very close Beatle associate, put it. 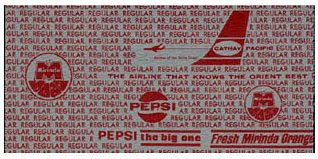 On July 4, The Beatles held two sold-out concerts at the Rizal Memorial Stadium with a combined attendance of 80,000; the evening concert registered 50,000 paying audience, being rivaled only in size by the concert The Beatles gave at Shea Stadium in New York on August 15, 1965. 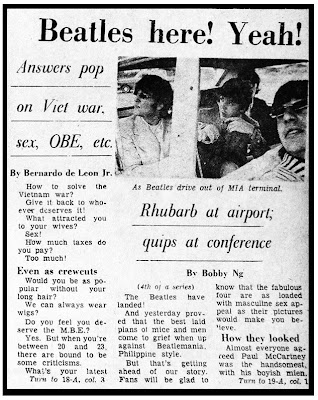 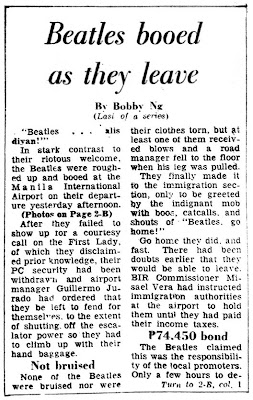 Email ThisBlogThis!Share to TwitterShare to FacebookShare to Pinterest
Labels: NEWS HEADLINES, THE BEATLES

What's interesting is that a similar incident happened to the Beatles in 1964.