STARS OF THE 60s #3: ANNABELLE HUGGINS

Annabelle Huggins, a popular and controversial personality in the early 60s, was best remembered in the celebrated kidnap and illegal detention case which Huggins filed against the suspect Ruben Ablaza. Here's their story based on the decision of the Court of First Instance and affirmed by the Supreme Court in 1969.
See Annabelle Huggins Courtroom Trial
More on Stars of the 60s 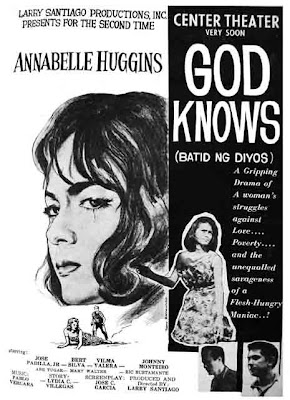 Automatic review of the decision of the Court of First Instance of Rizal (Criminal Case No. 13526) convicting therein accused Ruben Ablaza for kidnapping and serious illegal detention and sentencing him to the supreme penalty of death with all the accessory penalties set by law.

In an information filed in the Court of First Instance of Rizal, Ruben Ablaza, John Doe and Peter Doe were accused of the crime of kidnapping with serious illegal detention, said to have been committed as follows:

That on or about the 22nd day of March 1963, in the municipality of Makati, province of Rizal, Philippines, and within the jurisdiction of this Honorable Court, the above-named accused being then private individuals, conspiring, and confederating together and mutually helping and aiding one another, did then and there willfully, unlawfully and feloniously kidnap, take and carry away and detain one Annabelle Huggins a female, 20 years of age, against her will and consent.

The prosecution, through its lone witness, complainant Annabelle Huggins, tried to establish that in November, 1962 accused Ruben Ablaza forcibly took her from her aunt's place in and brought her to a house in a barrio in Hagonoy, Bulacan, where she was criminally abused by her abductor. After her rescue by the Philippine Constabulary men, a criminal case for forcible abduction with rape was filed against Ablaza in the Court of First Instance of Bulacan.

On 22 March 1963, and while that case in Bulacan was still pending, Annabelle Huggins, who was sweeping the front of her aunt's house in Makati, Rizal, was again grabbed by two men and forcibly taken to a taxicab where a third man, who turned out to be Ablaza, was waiting. Then the vehicle sped away before anybody could come to the aid of the struggling girl. Inside the cab, Annabelle was seated at the rear between Ablaza and a companion; her head was pressed down to the floor of the taxi, with Ablaza covering her mouth with his hand to prevent her from crying out for help. She was first brought to the house of Ablaza's compadre in , but then, informed that the police were already in their pursuit, she was moved to the house of another compadre, where she was kept for a week. Later, at the instance of Ablaza, Annabelle was taken to Bulacan to ask for the complaint against him be dropped. This did not materialize, because when they were inside the Malolos municipal building Annabelle's uncle, in company of Constabulary men, came and took her. She also testified that for the duration of her detention the accused and his compadres were always guarding her to prevent her escape.1

For the defense, only accused Ruben Ablaza took the witness stand, and gave an entirely different version of the incident. According to this accused, in 1962, he and complainant Annabelle Huggins were sweethearts; that as Annabelle was complaining of being maltreated by her aunt, they decided to elope, which they did in November, 1962. He and Annabelle stayed in the house of his uncle in Hagonoy, Bulacan, where they were later found by the police authorities. Thereafter, he was charged for abduction with rape before the Court of First Instance of Bulacan.

Sometime in March, 1963, he received a letter from Annabelle asking him to get her from her aunt's residence in , Rizal (Exhibit "1"). The accused took a taxicab and went to the place indicated in the letter, and there he saw Annabelle; that, at his call, she came near and entered the cab with him; that they agreed to get married, but upon complainant's suggestion, they first went to Malolos so she could drop the case against him; that when they were in the municipal building, however, the Philippine Constabulary men and the aunt arrived and Annabelle changed her mind. With the above testimonies, both parties rested their cases.

Because of its high profile and the controversy brought about by this case, Annabelle Huggins was lured to appear in movies. She made her screen debut in Adonis Abril opposite Nestor De Villa. She did a few more movies--- God Knows, Pinakamagandang Hayop sa Daigdig, Siyam na Buhay ni Martin Pusa, Contra Cuatro, among others. She had a brief movie stint. 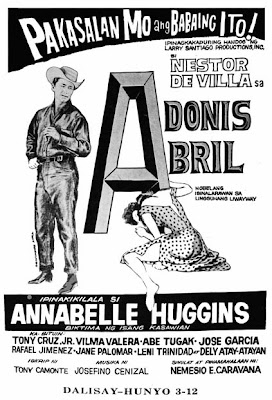 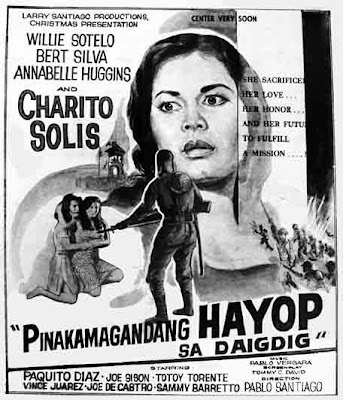 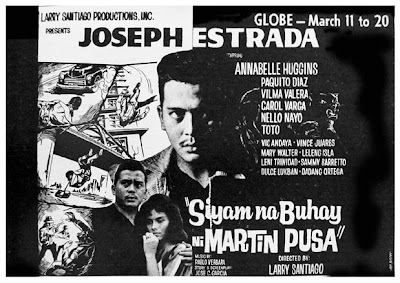 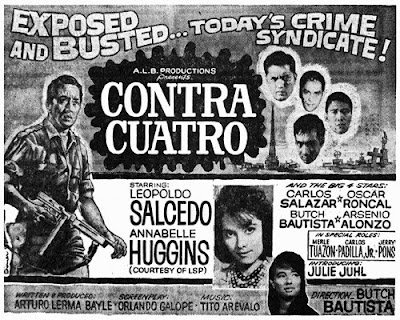 A movie, Ang Mananaggol ni Ruben (1963), was produced and shown probably in defense of the suspect, Ruben Ablaza. 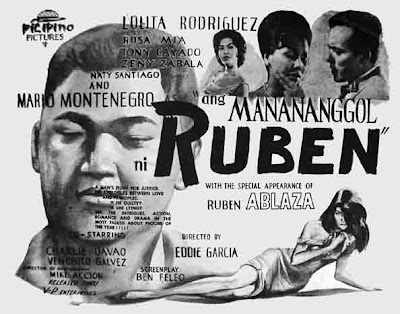 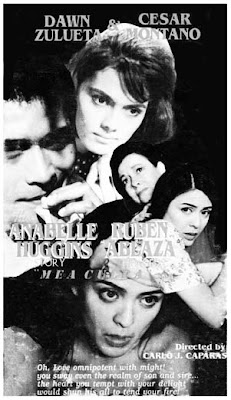