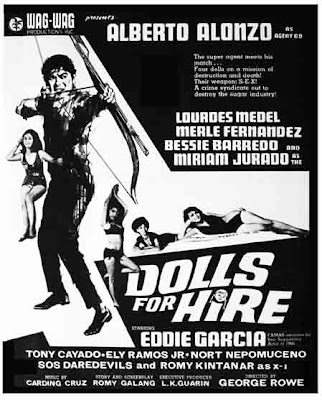 Only 23, young and promising, Alberto Alonzo, moviedom’s Agent 69, was shot dead. Alonzo had made movies ala-James Bond (Agent 69, Dolls for Hire, The Experts) and had a one-hour TV weekly series “Target Agent 69.” Isn’t it ironic that the actor who made a living acting out James Bond roles should die in a movie-like atmosphere (in a dimly lit nightclub at the wee hours of the morning) unarmed? That was one time when Agent 69 was “outmaneuvered,” to quote a daily columnist that time.

Here’s the news account on that fateful day from The Manila Times. 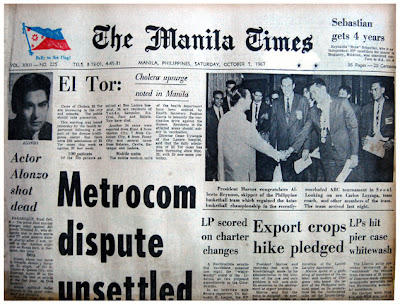 ACTOR ALONZO SHOT DEAD
, Rizal Oct.6 --- The police filed murder charges today against Armando Trinidad, Jr., who allegedly shot to death movie and TV actor Alberto Alonzo shortly after 3 am today in the Amihan nightclub on Roxas blvd. in Baclaran, this town. Alonzo, whose real name is Eduardo Alonzo y Soriano, 23, single, of 253 D. Tuazon st., Quezon City, was super spy Agent 69 on the screen. He died on arrival at the San Juan de Dios hospital. Alonzo suffered bullet wounds in the upper chest, head and buttocks. Wounded were Pat. Ricardo Valdez, 33, of the local police force, and , 26, of 2143 Manuel Carreon st., Sta. Ana. Both Trinidad and are still confined at the San Juan de Dios Hospital. Trinidad was hit in the right thigh while sustained a wound in left thigh.

Witnesses said Alonzo was shot at close range while seated at a table near the railing of the elevated portion of the club. Alonzo was with a companion, Melchor Ramos, 22, a student, of 9115 Banuyo st., San Antonio Vilage, , and two women identified as Celia Mendiola, 29, of No. 2 Ideal st., Mandaluyong and Teresita Santos 20, of the same address. Ramos, said that Alonzo, the girls and he were chatting when the suspect came from behind, and without any warning, fired at the actor, hitting him in the chest. Instinctively, Alonzo stood up but collapsed. Witnesses said that as Alonzo fell, the suspect continued to pump bullets into his body. After shooting Alonzo, tried to flee from the club. However, blocked the way of . ran back into the hall. In one corner of the hall cornered . As Trinidad and grappled with each other, shots rang out. When the lights were switched on, and were seen limping. They were both hit in the thigh. said it was who shot him. refused to give any statement. Capt. Antonio P. Abaya, commander of the 221 PC company and Capt. Tomas Manlongat, officer-in-charge of the PC controlled police department, theorized that a grudge motivated the shooting.

It was gathered that Leni Trinidad, an actress and sister of the suspect, filed a charge of physical injuries against Alonzo last May 28, 1967. The charge stemmed from a beating the actress allegedly received from Alonzo. In her complaint, the actress charged that she was beaten up by Alonzo in a car and later, in a motel in . However, the case was dismissed in the fiscal’s office after the actress signed an affidavit saying that she was not pressing her charge. 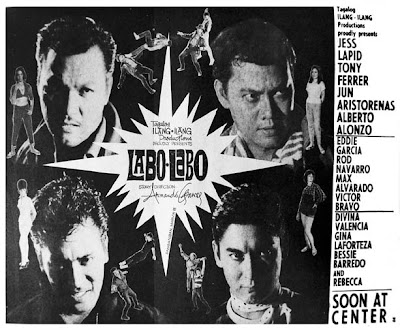 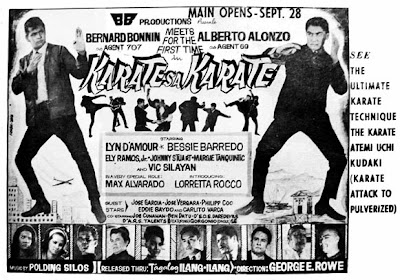 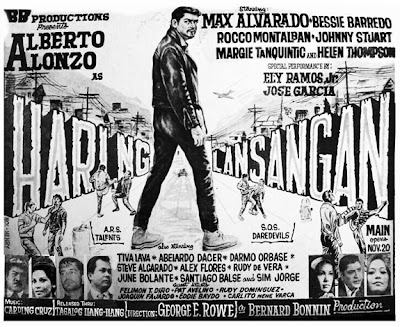 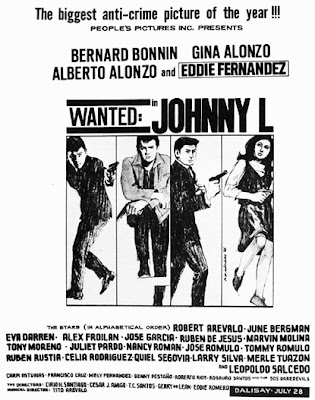 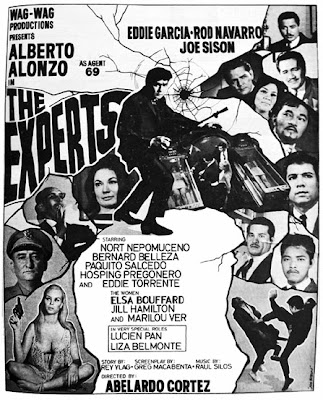 It seems to me that in the 60s, several action stars were gunned down in night clubs. These incidents were like a scene from a movie, played again and again.

However, during my time in the 70s, there was another killing (not in the night club) and this time it involved an upcoming young dramatic actor named RUFFY MENDOZA. His death rather touched me because the day before he was gunned down, he was the guest performer in one of the TV shows I was a mainstay writer, called ALINDOG, Alma Moreno's weekly TV drama anthology. During the taping of that particular episode, Ruffy mentioned to me the conflict he was having with his business partner (who was his best friend as well), and he said he was going to confront him the next day. I warned him to be careful. The next day, he got shot and killed – by his best friend. If you have the Manila Times clipping of this case, kindly feature it. Thank you.

We miss you Tito Eddie, I was not born yet when you died. just saw your photos with grandma and moms album. I am very proud of you my dear Uncle Alberto Alonso. ❤️ Gone too soon.

We miss you Tito Eddie, I was not born yet when you died. just saw your photos with grandma and moms album. I am very proud of you my dear Uncle Alberto Alonso. ❤️ Gone too soon.