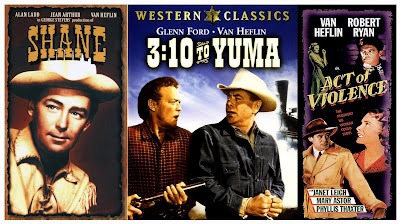 I always admired actor Van Heflin. Though not as handsome as Gregory Peck, Cary Grant, Clark Gable, or Rock Hudson, Heflin nevertheless played intelligent, determined, often complex heroes and turned in many fine performances as the star of both dramas and action films. In Shane (1953), Heflin played a homesteader being intimidated by a mob of cattlemen. A mysterious stranger and gunslinger (Alan Ladd) came to his aid; 3:10 to Yuma (1957) was one of the best gripping and suspenseful 1950s western, where farmer (Heflin) needing the money agreed to hold captured outlaw (Glenn Ford) until the train arrives, but Ford started to psych him out: In Act of Violence (1949), a film noir, Heflin was pitted against equally talented actor Robert Ryan. A young soldier (Ryan) tried to track down an informer (Heflin) who wronged them during their capivity in a Nazi prison camp.

Did you know that...
Van Heflin starred in a 1963 film, To Be a Man, which he co-starred with Filipino stars Leopoldo Salcedo, Liza Moreno, Oscar Roncal, Oscar Keesee, Ruben Rustia and Vic Silayan. The movie, which was co-produced by Eddie Romero, was released in the as Cry of Battle. 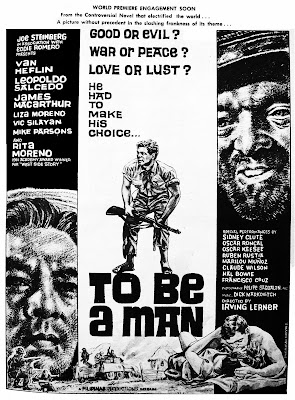