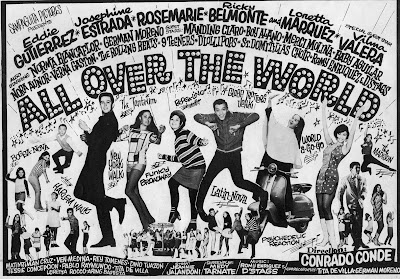 This is an update on Nora's early years in showbiz

After her stints in TV (Channel 13’s Oras ng Ligaya) and radio (DZXL’s Operetang Putol-Putol and Fiesta Extravaganza), Nora Aunor was offered an eight-picture non-exclusive contract with Sampaguita Pictures, with the assurance that she would initially be given singing parts. She was previously been turned down by four other movie outfits. True enough, in All Over the World and Way Out in the Country, her first two movie appearances, she sang with her former Tawag ng Tanghalan opponent, Jose Yap. 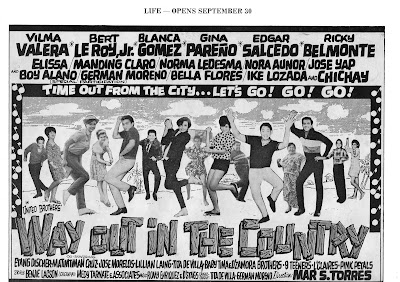 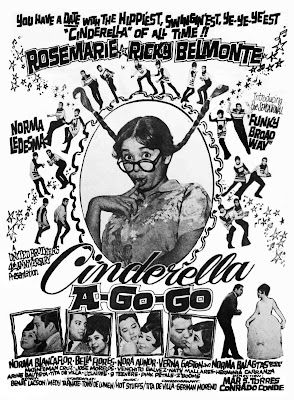 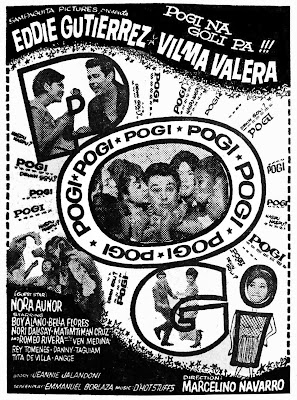 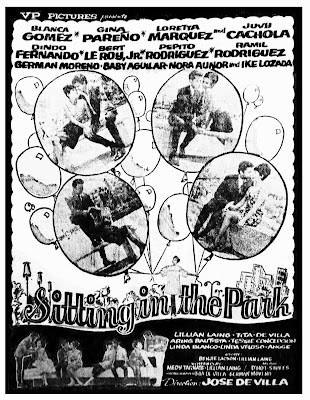 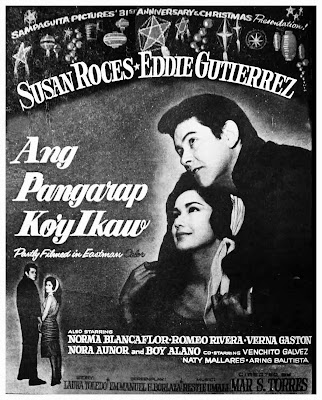 discovering your blog is the best thing that happened to me this christmas holiday. anyway, do you have a photo or a poster of pugo and tugo together?

Hi Frank! Thank you for visiting my site. I'll be uploading Pugo-Tugo movie ads in the future. I really appreciate your comment.
V48

thanks so much for the Nora poster uploads!