SAMPAGUITA-VP ALL-STARS: THE BARKADA YOUTH OF THE 60s 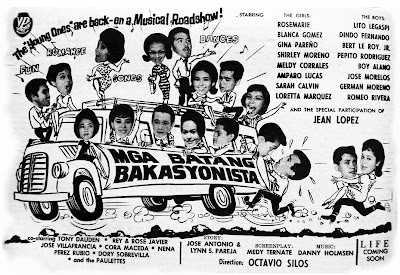 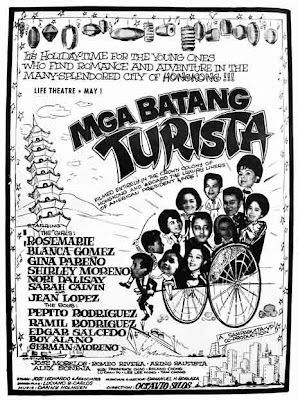 Mga Batang Turista (1965)- with the Sampaguita-VP All Stars

In 1963, Sampaguita Pictures introduced a bunch of young teenage stars which they called the Sampaguita-VP (Vera-Perez) All-Stars:

Together, these young stars made a series of successful “Mga Batang” movies, similar to the Lo’Waist Gang movies of the 50s. The movies they made were, among others, Mga Batang Artista, Mga Batang Turista, Mga Bata ng Lagim, Mga Batang Iskwater. They were reintroduced in 1966 as the Stars of 66. Most of the career of these stars were short-lived as soon as they turned freelance. Rosemarie (after a failed marriage with actor Ricky Belmonte) and Bert Leroy, Jr. migrated to the United States; Dindo Fernando died early while in the peak of his career; Lito Legaspi and Romeo Rivera still doing movies in supporting roles; Only Gina Pareno, though she had a tumultuous personal life in her midlife, confidently regained her bearings and became a prized and award-winning actress and comedian German Moreno as a TV host and a star builder, made a go of their respective showbiz career. 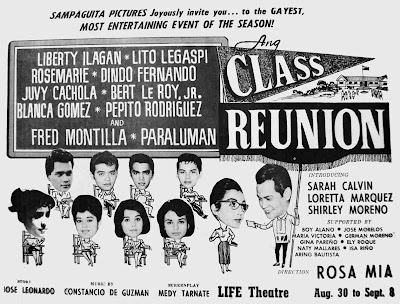 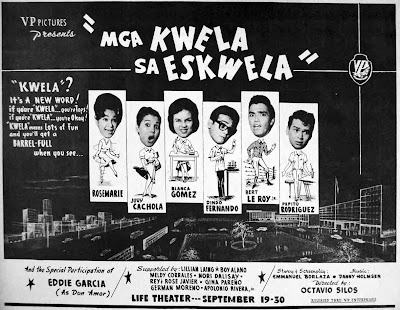 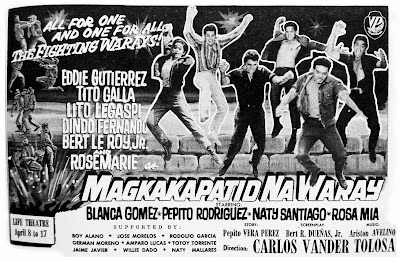 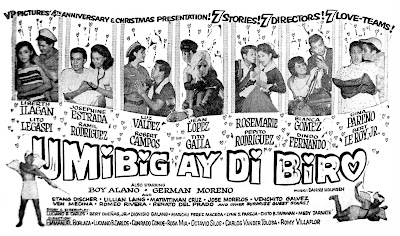 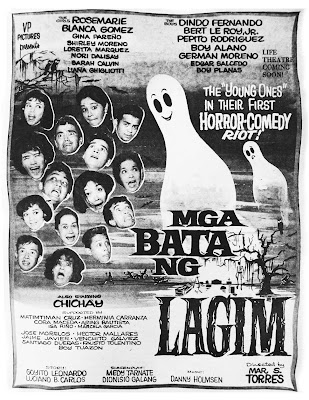 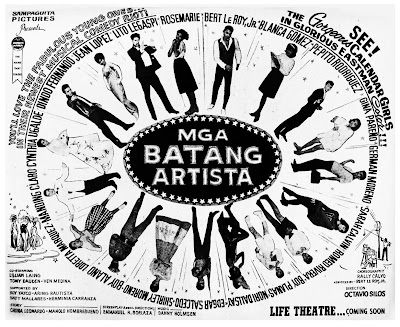 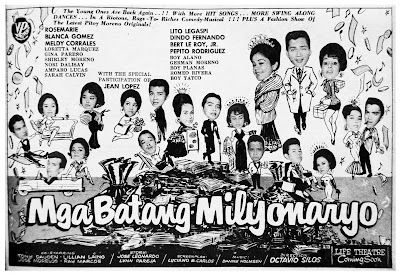 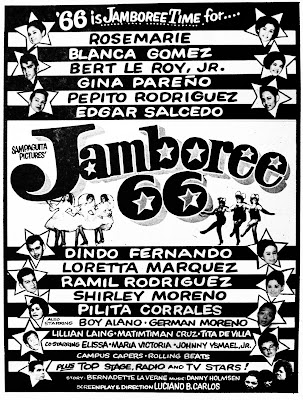 Thanks for this. I was looking for pics of my aunt Sarah Calvin during her days as an actress.

I am searching for movies to purchase that my Mom and Aunts were in, you may have known them as The Paulettes. The movies I am looking to purchase is Mga batang Lagim, Eddie long Legs, Susan Susay Susie, Ako'y ibigin mo, Dalagang Matapang and Mga batang Bakasyonista. Any assistance you can provide would greatly appreciated.