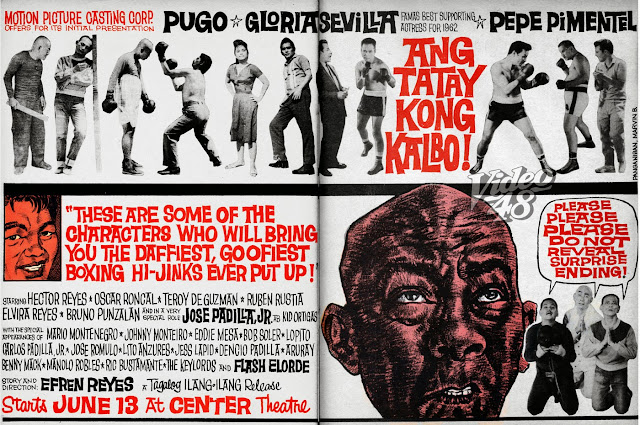 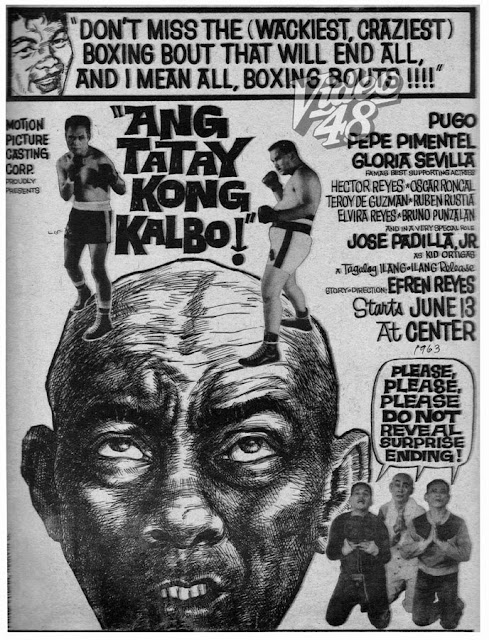 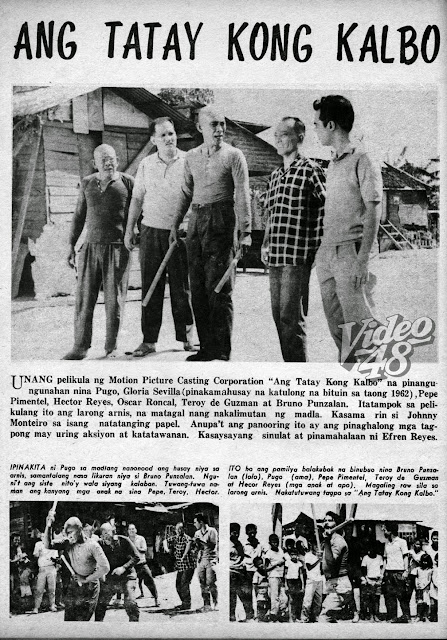 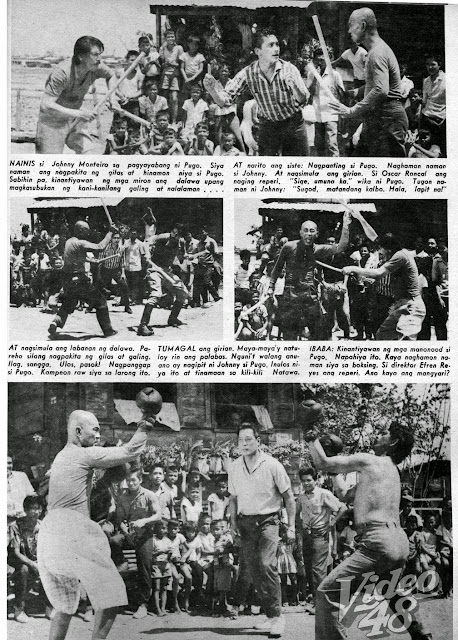 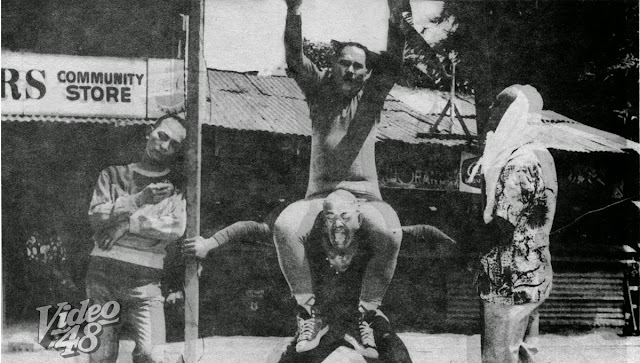 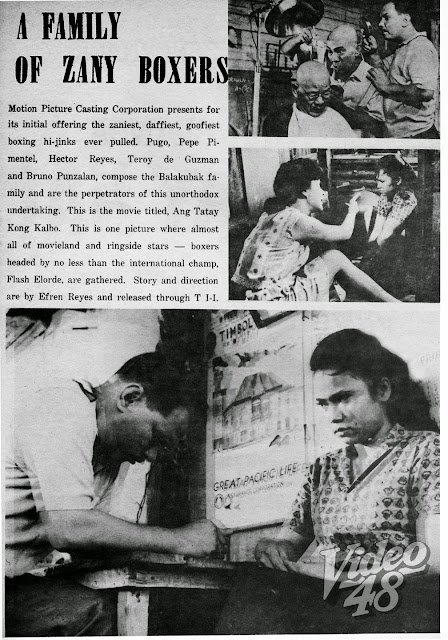 A bit of good news! Ang Tatay Kong Kalbo was shown on TV-cable Cinema One years back. I am glad that this movie is still available. Popular TV host-comedian Pepe Pimentel, of Kuwarto O Kahon fame, was one of the lead stars who played one of the sons of legendary comic Pugo. Pepe played the role of a bumbling boxer trained by his father Pugo, who happened to have a formulated lotion, the smell of which would make their opponents groggy. Several named stars appeared in cameo roles, including boxing legend Gabriel 'Flash' Elorde. 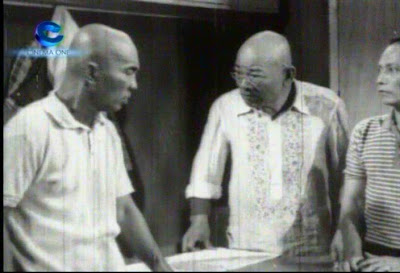 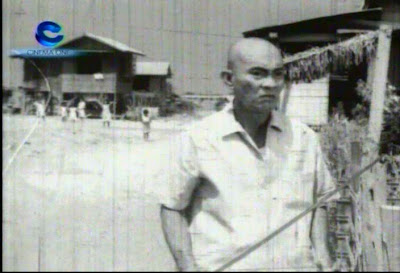 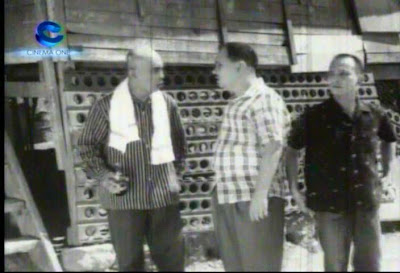 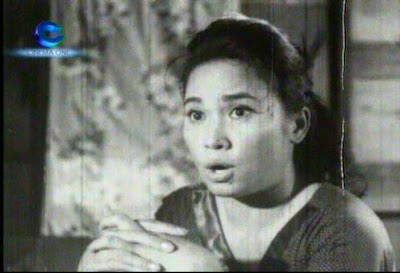 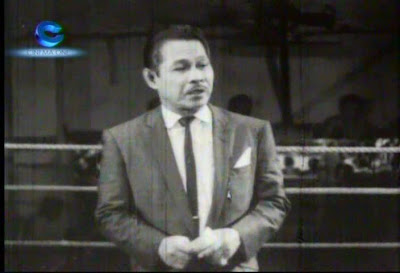 Lopito in a cameo role 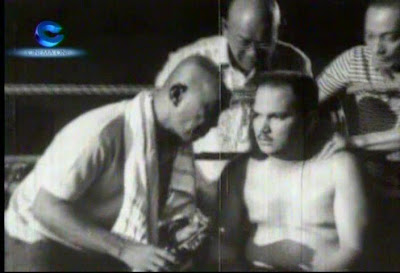 Pugo gives Pepe pointers as Bruno and Teroy looks on 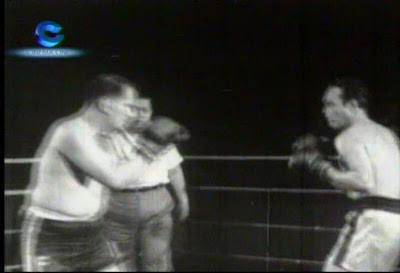 A boxing match between Pepe and Jose Padilla, Jr. with Vicente Liwanag acting as the referee 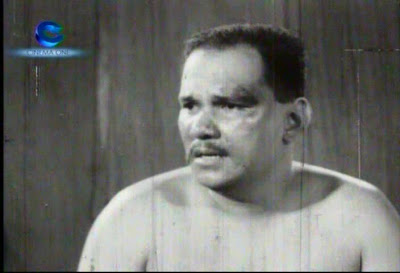 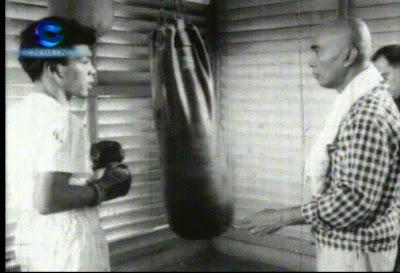