1959--- Fernando Poe, Jr. and Leonor Vergara, both young and in their late teens, were romantically linked during the early part of their movie career. As contract stars of Premiere Productions, the two were often paired and eventually fell in love. Leonor was greatly responsible for Poe's transformation, changing the actor gradually for the better. There were rumors then that the two will be getting married in a year or two. 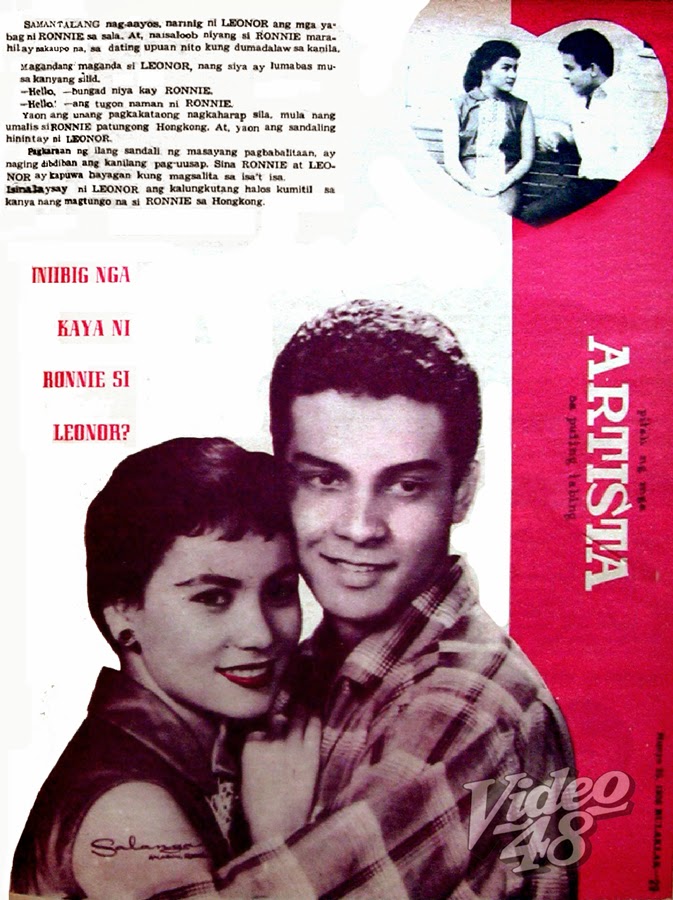 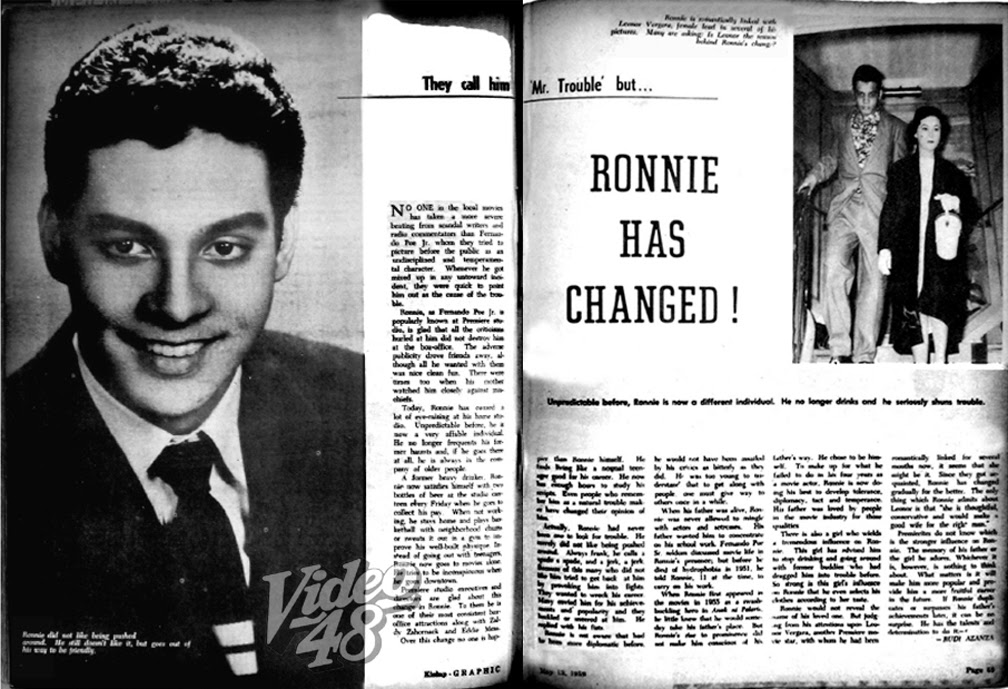 No one in the local movies has taken a more severe beating from scandal writers and radio commentators than Fernando Poe Jr. whom they tried to picture before the public as an undisciplined and temperamental character. Whenever he got mixed up in any untoward incident, they were quick to point him out as the cause of the trouble.

Ronnie, as Fernando Poe Jr. is popularly known at Premiere studio, is glad that all the criticisms hurled at him did not destroy him at the box-office. The adverse publicity drove friends away, although all he wanted with them was nice clean fun. There were times too when his mother watched him closely against mischief.

Today, Ronnie has caused a lot of eye-raising at his home studio. Unpredictable before, he is now a very affable individual. He no longer frequents his former haunts and, if he goes there at all, he is always in the company of older people.

A former heavy drinker, Ronnie now satisfies himself with two bottles of beer at the studio canteen every Friday when he goes to collect his pay. When not working, he stays home and plays basketball with neighborhood chums or sweats it out in a gym to improve his well-built physique. Instead of going out with teenagers, Ronnie now goes to movies alone. He tries to be inconspicuous when he goes downtown.

Premiere studio executives and directors are glad about the change in Ronnie. To them he is one of their most consistent box-office attractions along with Zaldy Zshornack and Eddie Mesa.

Over this change no one is happy than Ronnie himself. He finds living like a normal teenager good for his career. He now has enough hours to study his scripts. Even people who remember him as a natural troublemaker have changed their opinion of him.

Actually, Ronnie has never been one to look for trouble. He severely did not like being pushed around. Always frank, he calls a spade a spade, and a jerk, a jerk. Because of this, many who did not like him tried to get back at him by provoking him into fights. They wanted to wreck his career. Many envied him for his achievements and popularity and they heckled or sneered at him. He replied with his fists.

Ronnie is not aware that had he been more diplomatic before, he would not have been assailed by his critics as bitterly as they did. He was too young to understand that to get along with people one must give way to others once in a while.

When his father was alive, Ronnie was never allowed to mingle with actors and actresses. His father wanted him to concentrate on his school work. Fernando Poe Sr. seldom discussed movie life in Ronnie’s presence, but before he died of hydrophobia in 1951, he told Ronnie, 11 at the time, to carry on his work.

When Ronnie first appeared in the movies in 1955 as a swashbuckling hero in Anak in Palaris, he little knew that he would someday take his father’s place. But Ronnie’s rise to prominence did not make him conscious of his father’s way. He chose to be himself. To make up for what he failed to do in his four years as a movie actor, Ronnie is now doing his best to develop tolerance, diplomacy, tact and temperance. His father was loved by people in the movie industry for those qualities.

There is also a girl who wields a tremendous influence on Ronnie. This girl has advised him to stop drinking and going around with former buddies who had dragged him into trouble before. So strong is this girl’s influence on Ronnie that he even selects his clothes according to her taste. 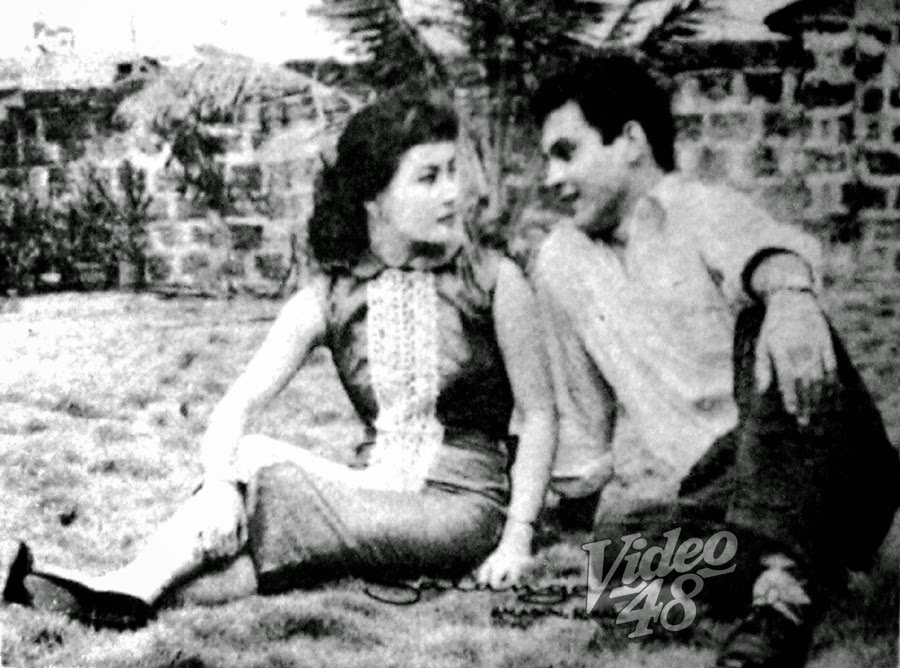 Ronnie would not reveal the name of his loved one. But judging from his attentions upon Leonor Vergara, another Premiere star, with whom he had been romantically linked for several months now, it seems that she might be it. Since they got acquainted, Ronnie has changed gradually for the better. The only thing which Ronnie admits about Leonor is that “she is thoughtful, conservative and would make a good wife for the right man.” 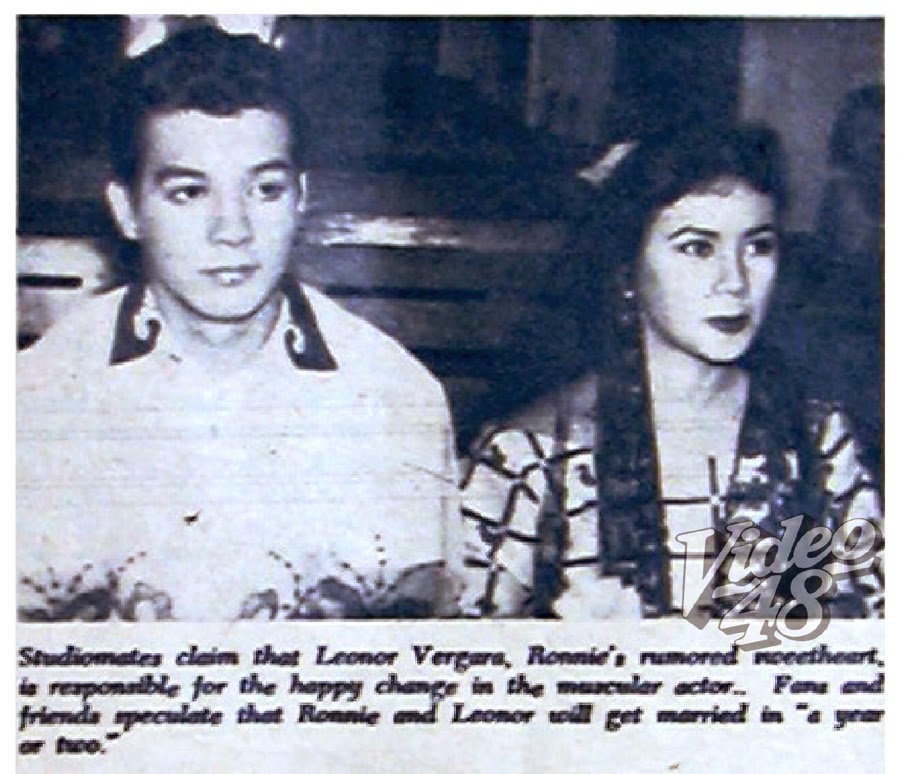 Premierites do not know which is the stronger influence on Ronnie. The memory of his father or the girl he adores. Whichever it is, however, is nothing to think about. What matters is it will make him more popular and provide him a more fruitful career in the future. If Ronnie duplicates or surpasses his father’s achievements later, it can be no surprise. He has the talents and determination to do it.

Poe and Vergara appeared together in 8 movies--- 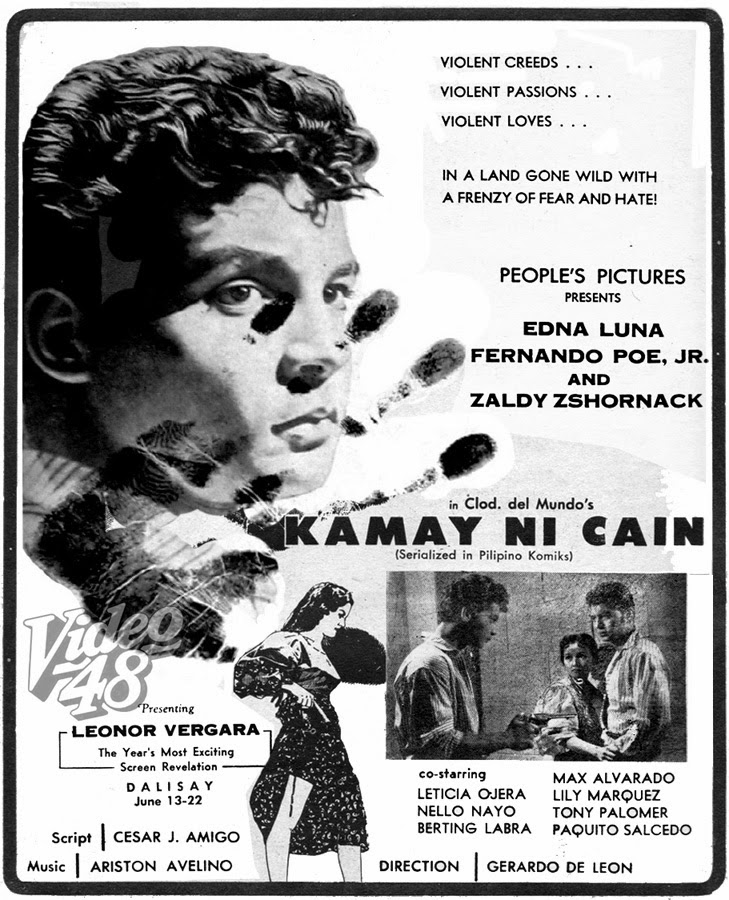 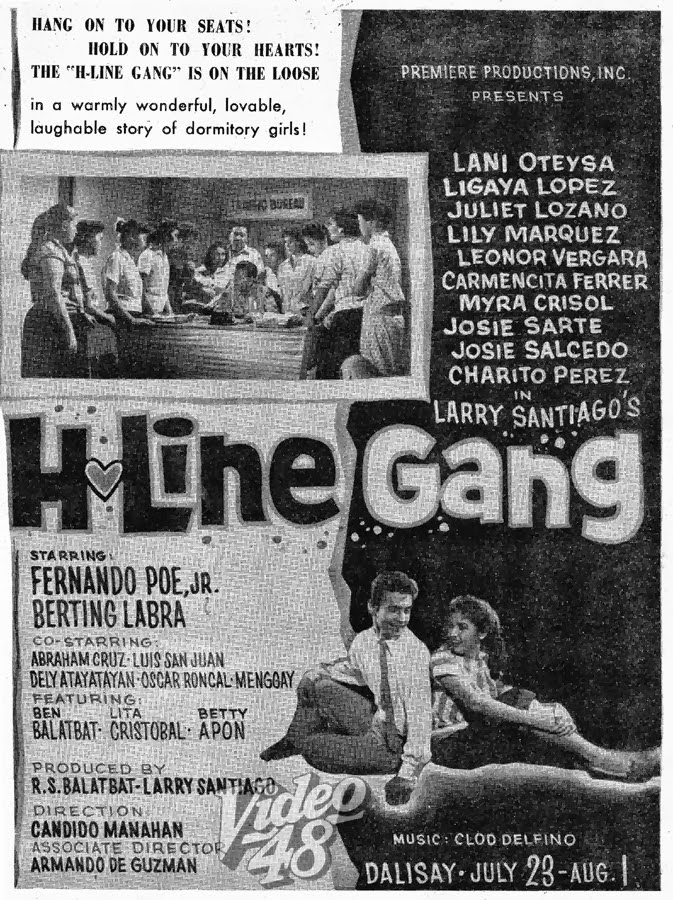 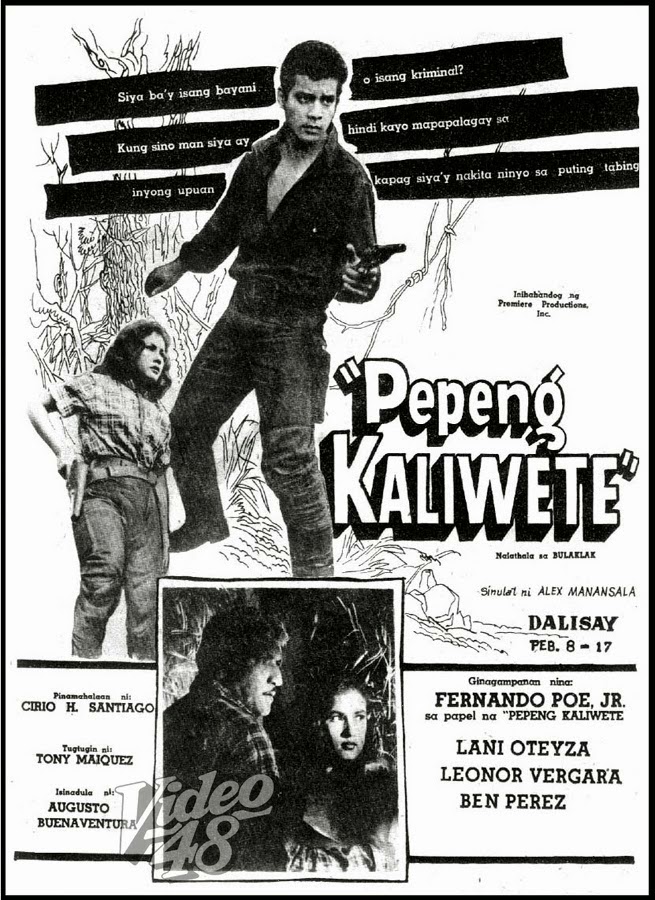 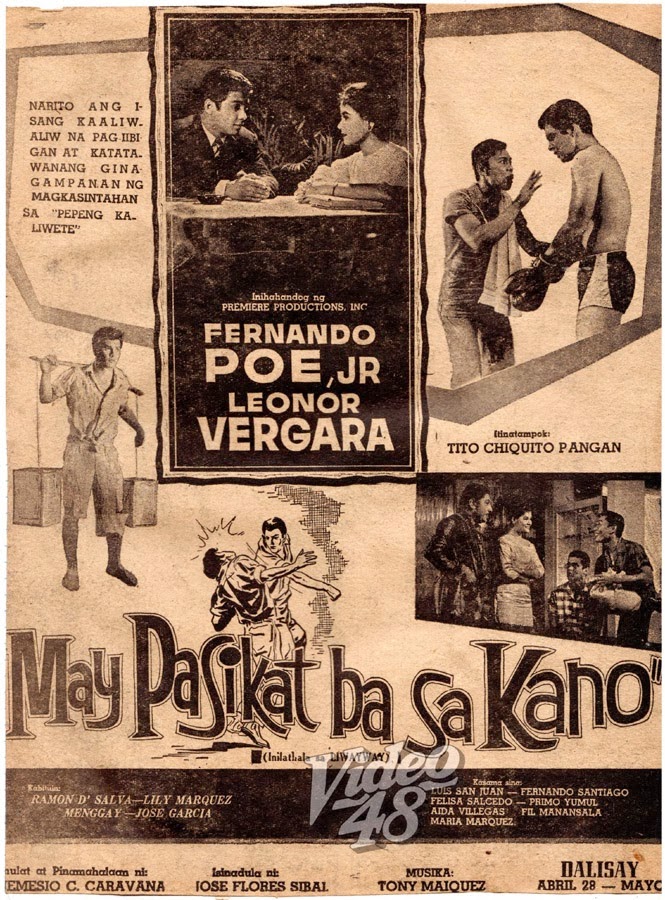 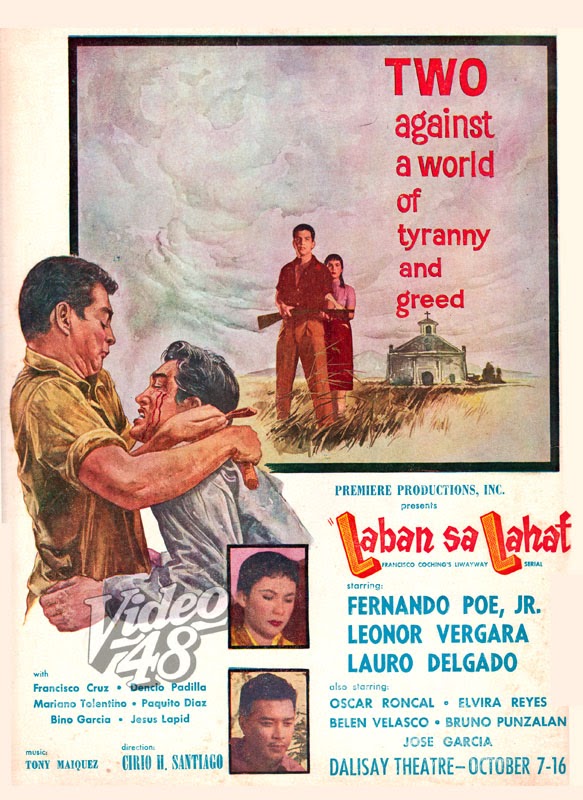 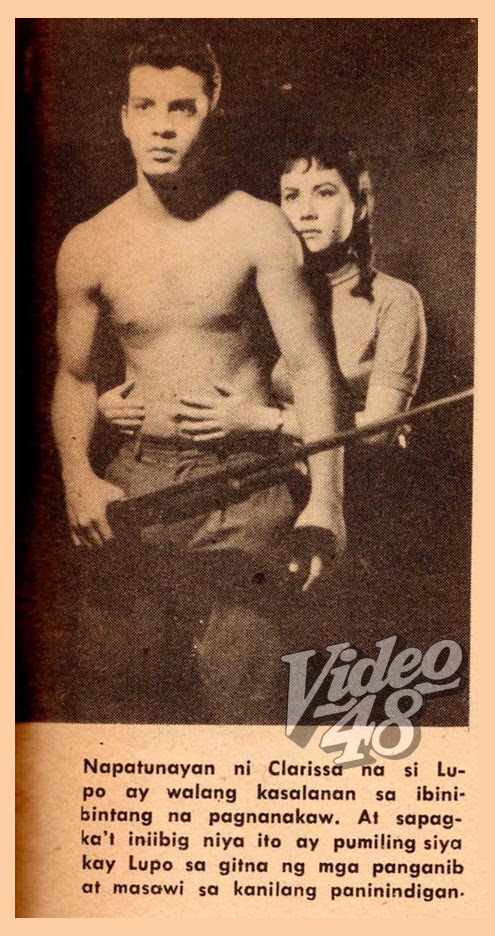 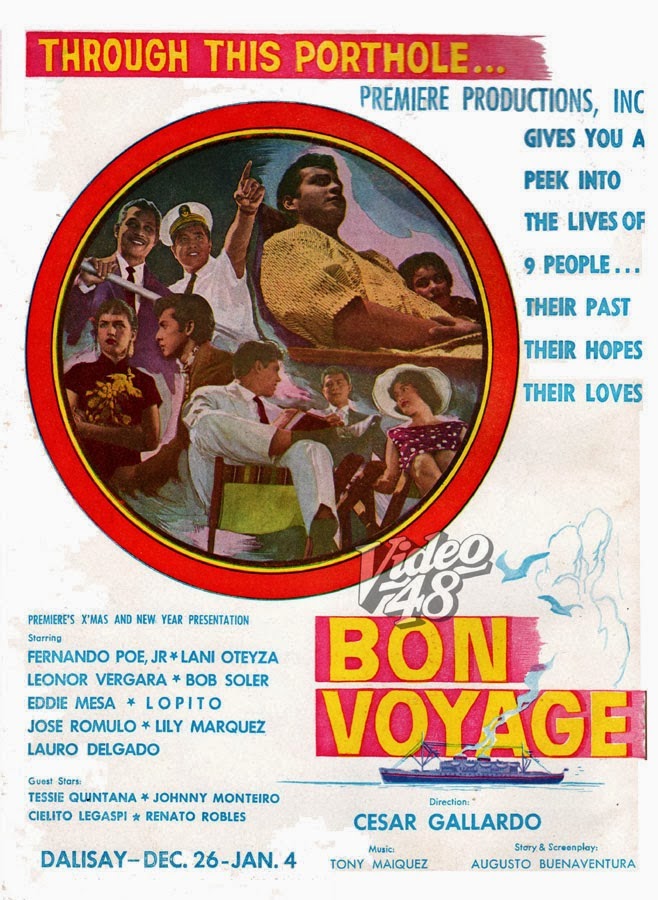 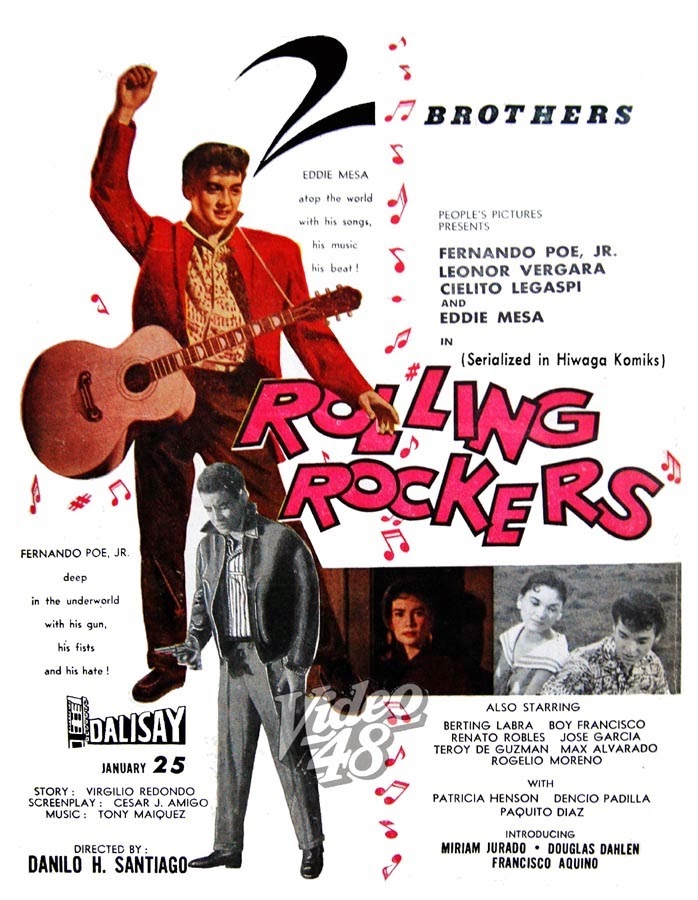 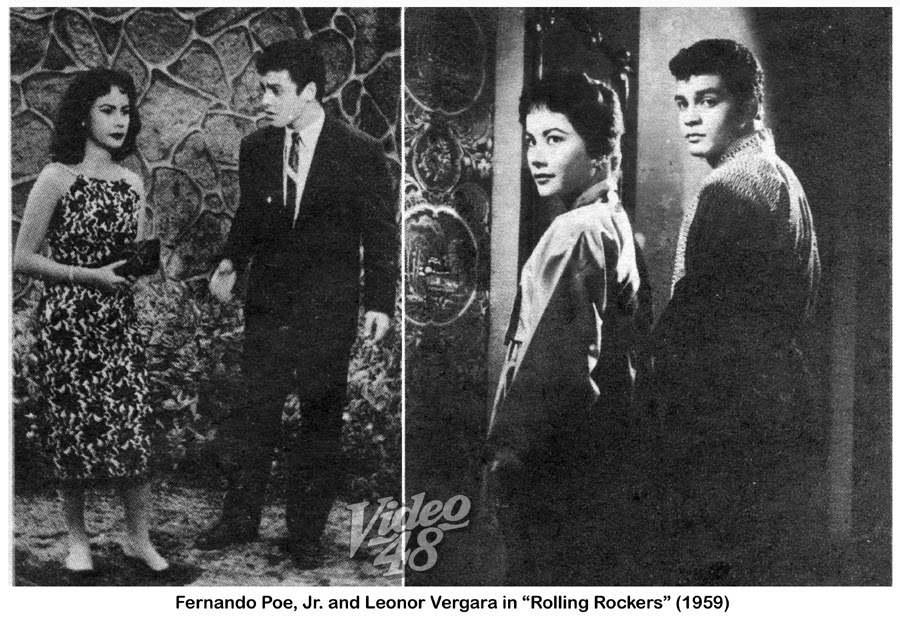 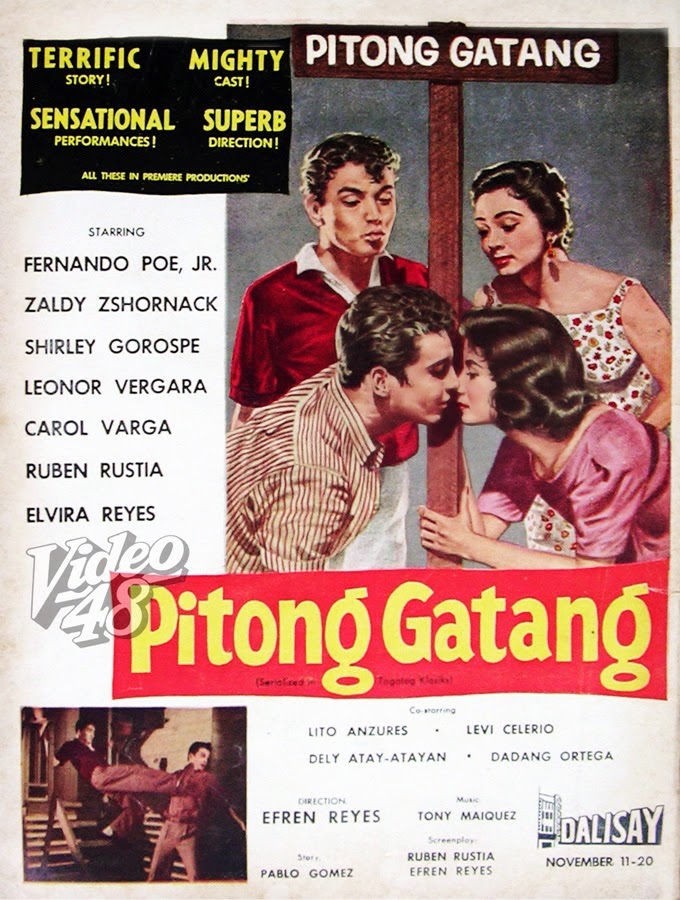 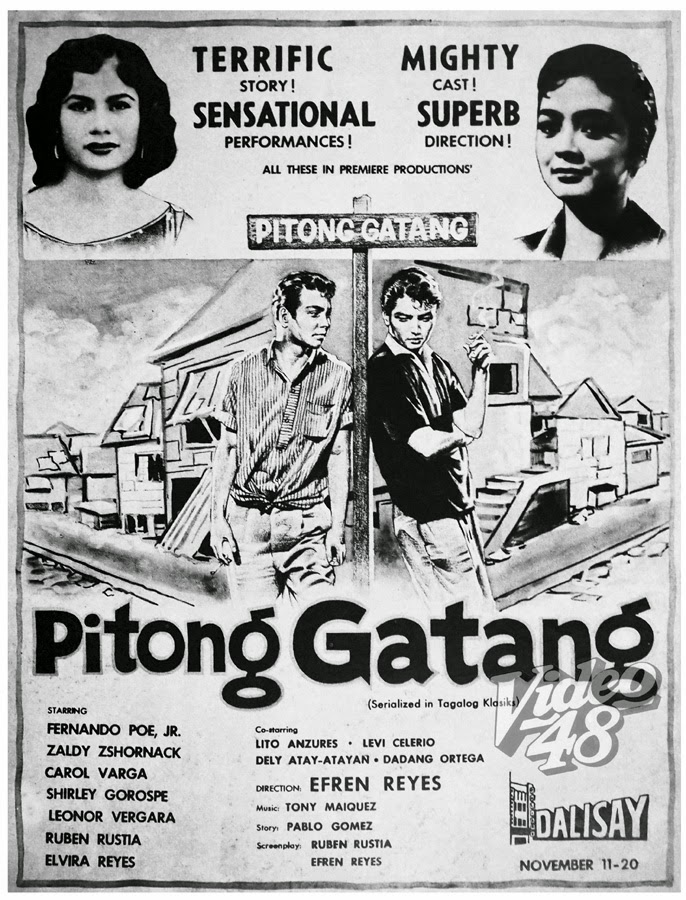 Trivia: 1960--- Leonor Vergara's sudden marriage to Danny Zialcita jolted everyone. Leonor was romantically linked to Fernando Poe, Jr., while Danny was reported to be the former boyfriend of Charito Solis. Ms. Solis later on, became the girlfriend of Poe. 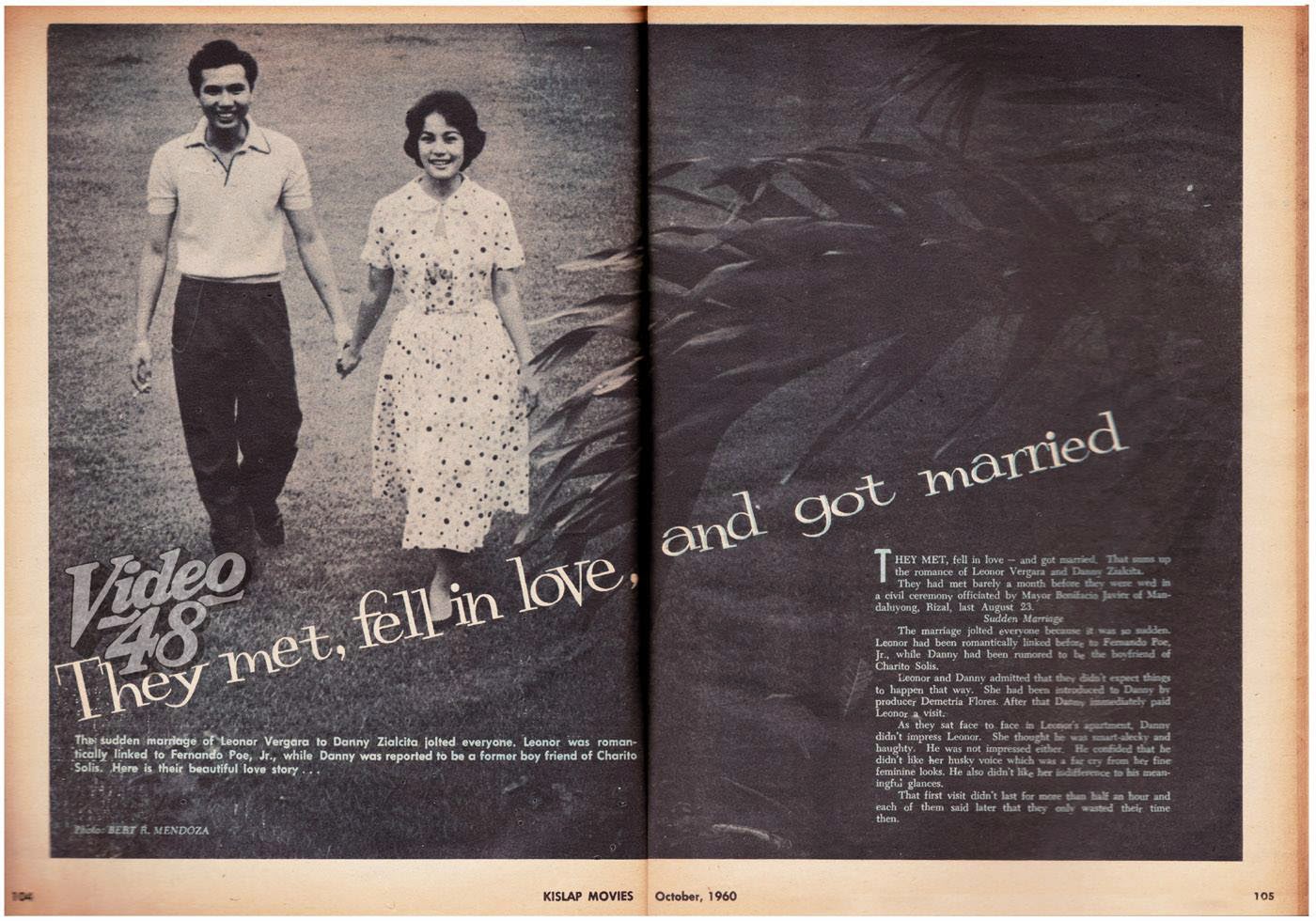