A starring role in her first movie (just like Charito Solis and Mina Aragon), newcomer Gina Alonzo played an innocent and unsuspecting young woman named Roma who have an evil twin (impakta) attached at her back (since birth). Though goodness runs in her blood, Roma's good traits were soon dominated by her twin and gradually consumed her whole being.

Ms.  Alonzo, Eleanor Randrup in real life (her father is an American, her mother, a Filipina), only 17 years old, standing at 5’5”, was discovered by Dona Adela Santiago. She said that she was lucky enough to get the role since she had no background in acting or doing plays in schools. She signed a 5-year contract with Premiere.

More on the actress, read the article below… 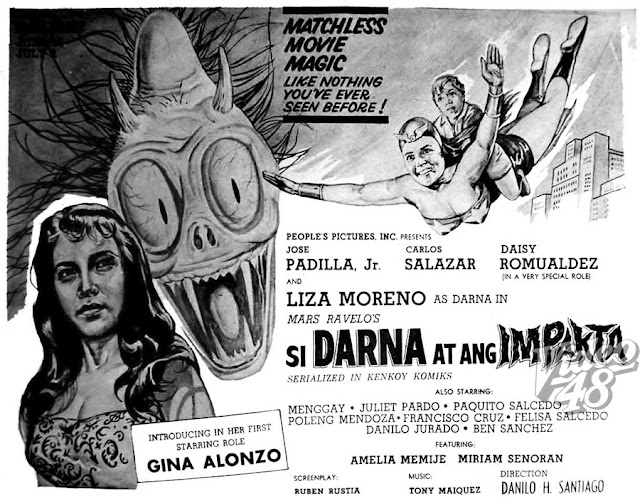 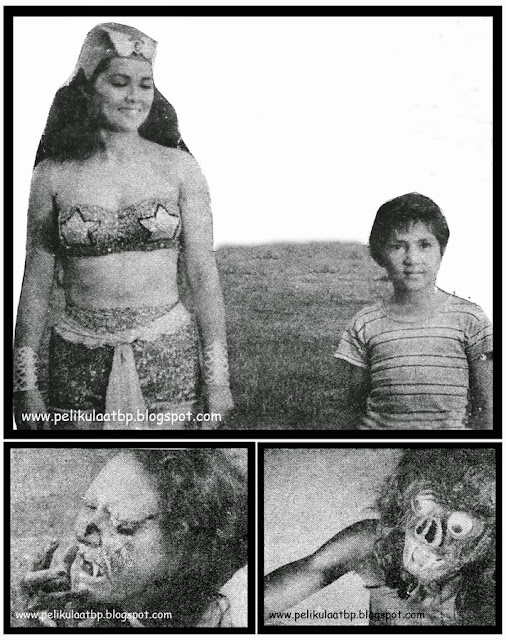 Top- Liza Moreno as Darna and Danilo Jurado as Ding
Below- Gina Alonzo as Roma (left) and her twin, Impakta (right)
(photo- courtesy of PelikulaATBP) 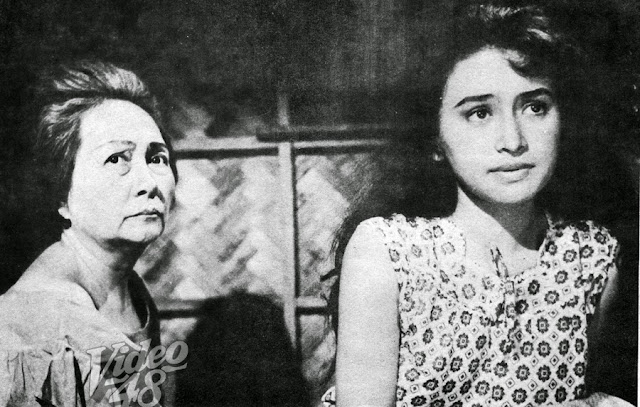 Newcomer Gina Alonzo (as Roma) and Felisa Salcedo (the grandmother) 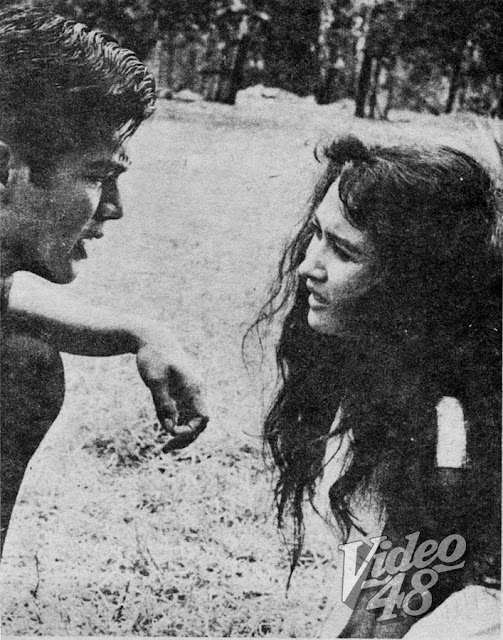 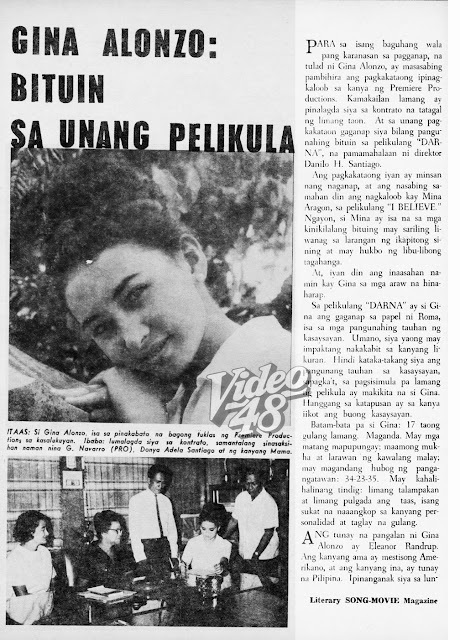 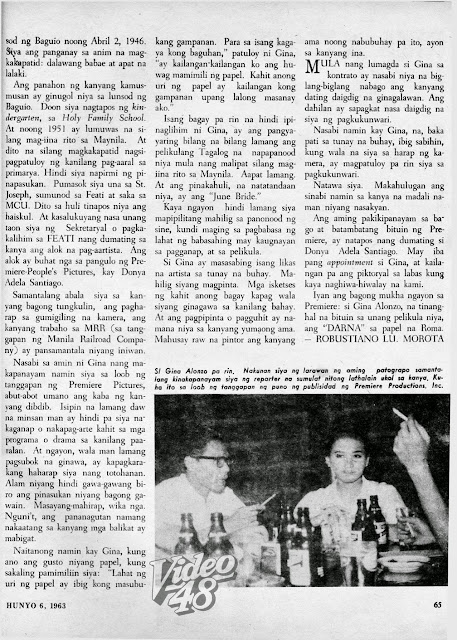 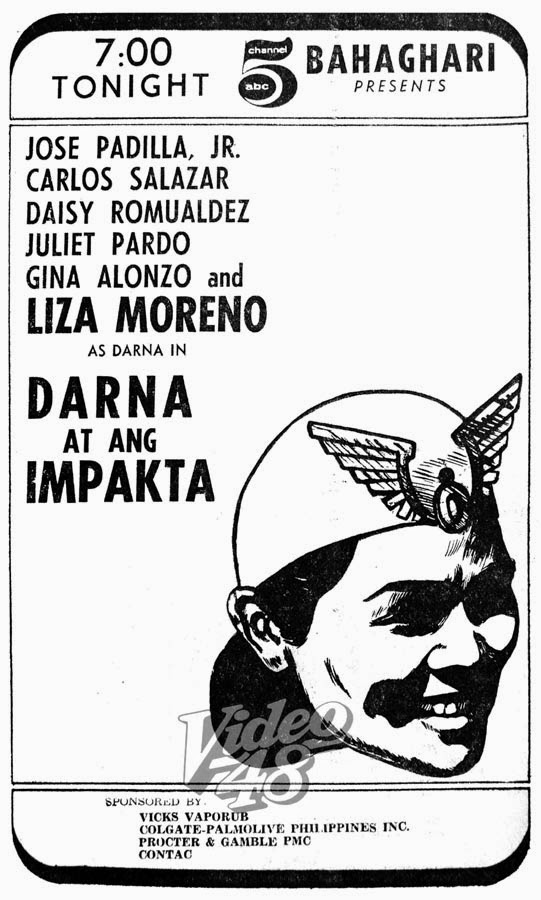