THE BICOLANOS IN PHILIPPINE CINEMA/ 1963

1963- Bicolandia boasts of an array of popular and top movie stars who have distinguished themselves in different acting categories. Amalia Fuentes is considered by many as the most beautiful movie star and one of our greatest box office attractions. Eddie Gutierrez is the idol of millions of bobby soxers and one of Sampaguita’s brightest stars. Fred Galang, who studied in several dramatic guilds in New York, is now recognized as one of our few dramatic actors of note. Vilma Valera, who two years ago was a virtual unknown, has risen to the top via her fiery, passionate roles as villainess.  Celia Fuentes has remained all these years as the Queen on action pictures. Celia Rodriguez is another character actress who portrays her roles with sensitivity and realism. Marlene Dauden won a FAMAS award twice in a row although she was practically a newcomer at the time she won. 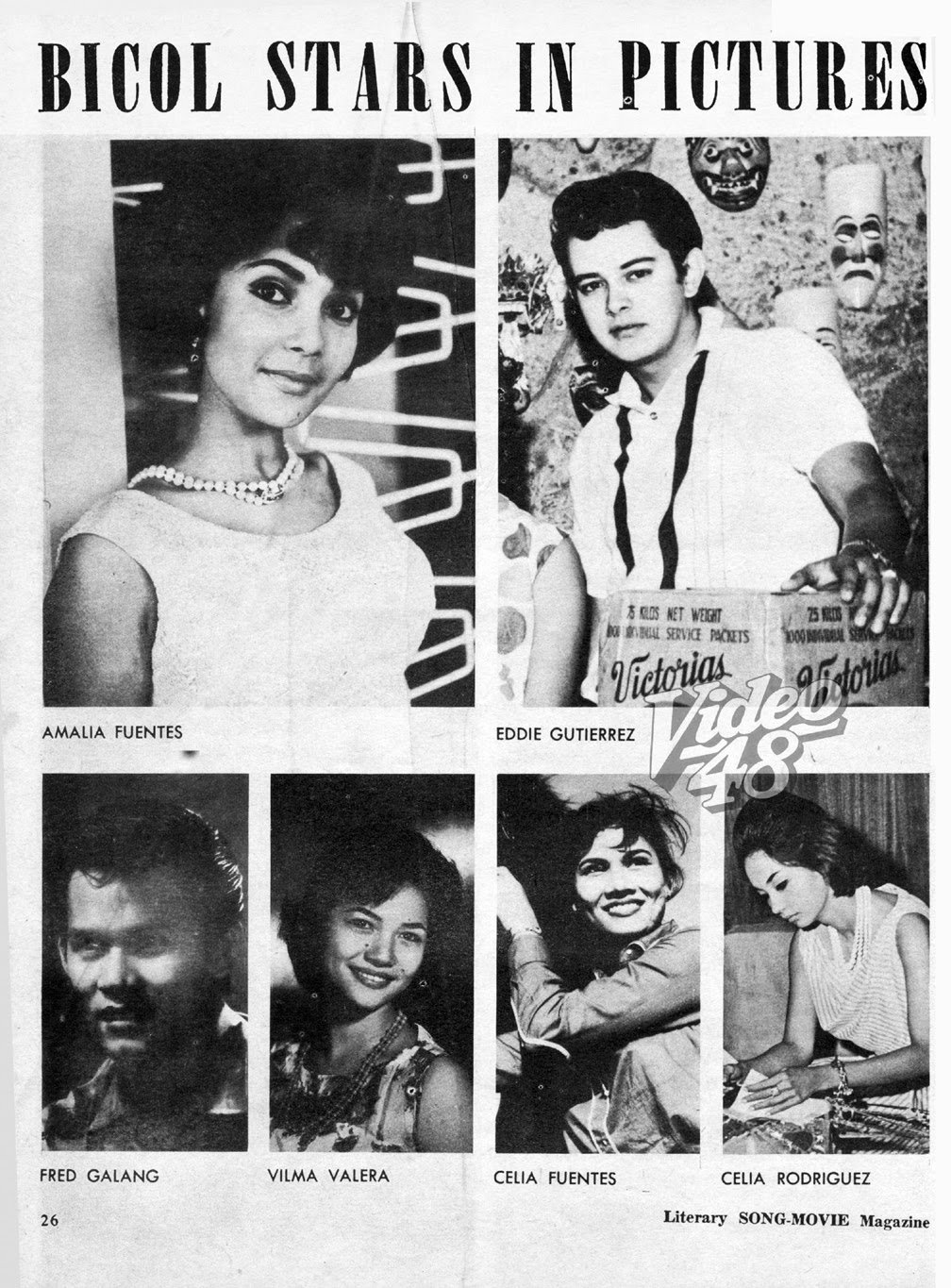 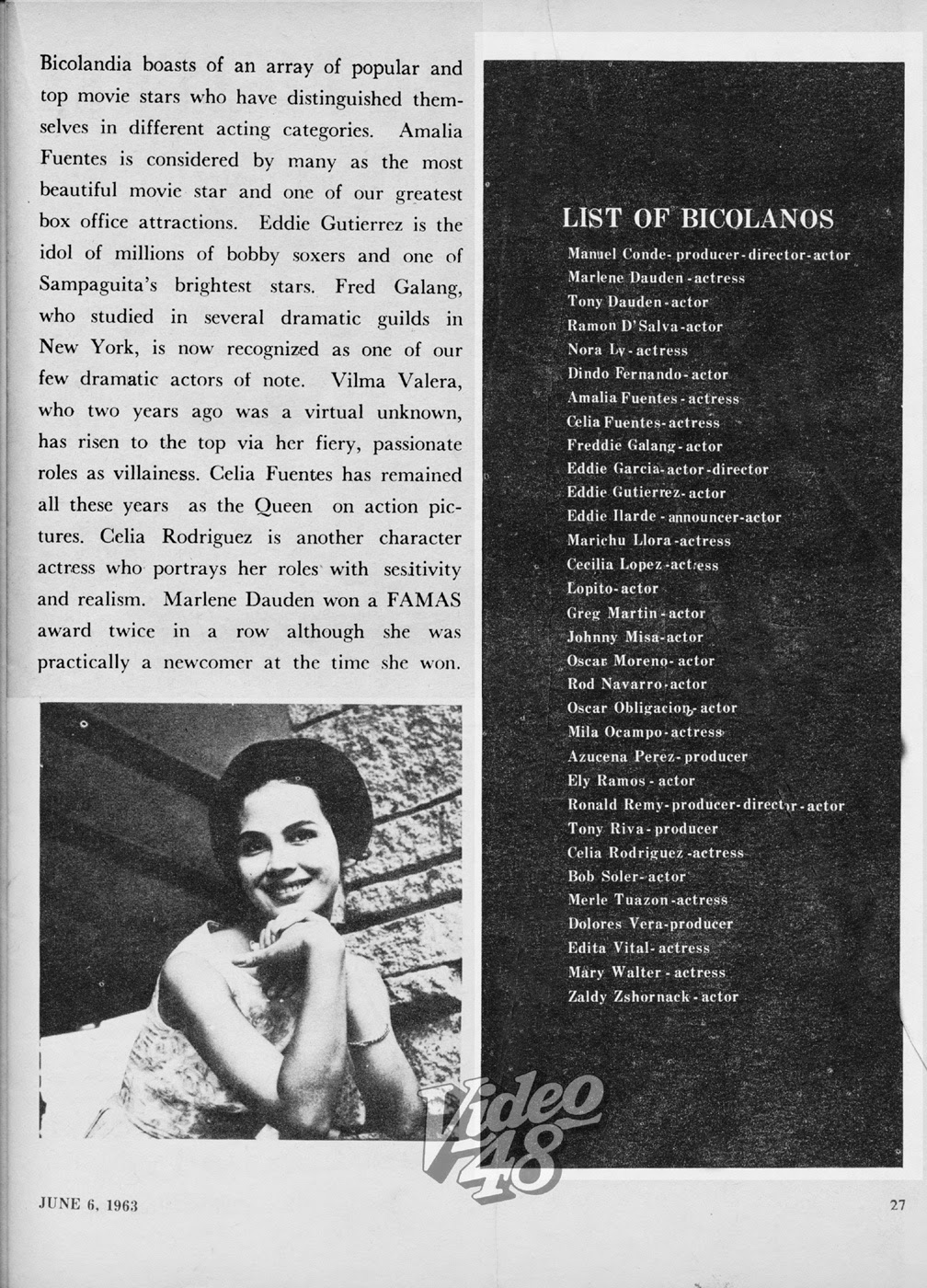