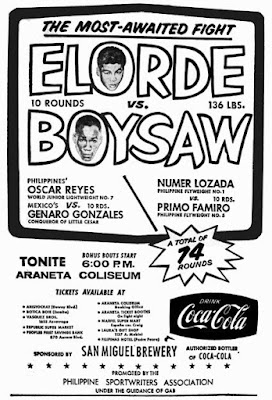 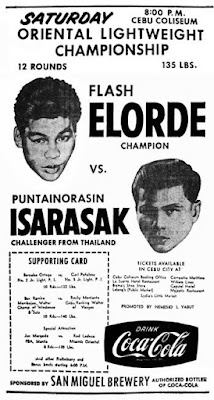 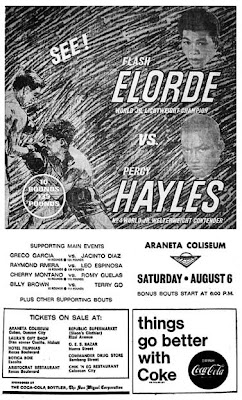 Gabriel ‘Flash’ Elorde (born March 25, 1935) was the youngest of nine children of a poor family. Early in life, he learned that he must fight hard for anything worthwhile in life. He has been fighting ever since. From a pinboy in a bowling alley to a construction laborer where some friends he won with his fists steered him into a career in boxing. He came out the winner in a series of fights until he lost to Kid Independence. Flash felt like quitting then and for a while he shied away from the ring, but not for long. Soon he came back, this time dead set to be a champion.

After his victory over Lucky Gonzalo, Flash was launched into bigger fights in by promoter Noriel who took him under his wing. In , he defeated Benny Escobar, then Paulito Escobar and finally Tanny Campo from whom he wrested the national bantamweight title. Then Lope Sarreal took him over and Flash saw himself in where he won the Oriental bantamweight crown off Hiroshi Horiguchi. He scored his second victory in when he won the heart of Laura Sarreal, his promoter’s daughter, in marriage.

Back in where his wife delivered his first child, Flash rode higher still on more successes as he won the Philippine lightweight title from Tommy Romulo and decisioned featherweight Sandy Saddler. It was his fight with Saddler that his eyes were opened to all the filth in the boxing world and in his disgust, he felt like quitting the ring again until his father prevailed on him to stay. 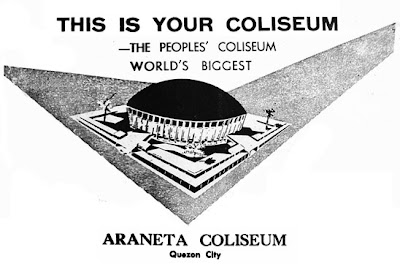 In 1960, Elorde earned a crack at the World Boxing Council junior lightweight title of Harold Gomes. Set for 15 rounds, the title fight was held at the Araneta Coliseum in on March 16, 1960, the day the Big Dome was officially opened to the public. In that epic fight, Elorde, a southpaw, knocked out Gomes in the seventh round to wrest the crown before a wildly cheering crowd of about 20,000.