PACQUIAO KO's DIAZ IN 9th ROUND 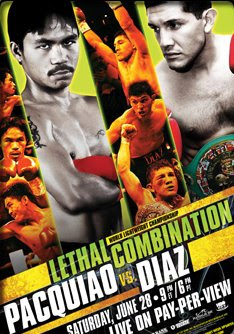 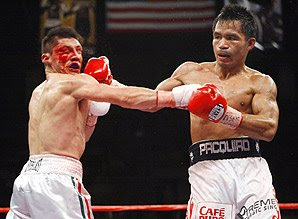 After working his right jab effectively, Pacquiao called on an old favorite to finally end the match. Snapping Diaz's head with a right jab, Pacquiao unleashed a right jab before uncorking his pet left hand, sending the now former champ, who never saw the killer blow coming, crashing at the 2:24 mark of the ninth round.

The erupted in cheers as Michael Buffer announced the new champion. Supporters rushed the ring as television interviewers sought out Pacquiao. Vic Drakulich waved off the fight after checking on Diaz, who Pacquiao approached even as he lay on the floor. 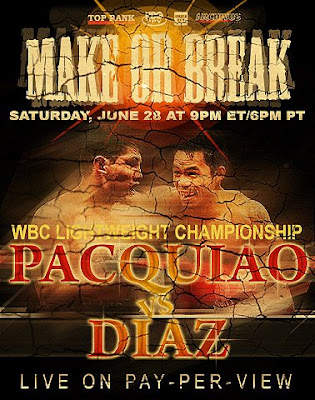