The bloody Manila bus hostage drama last Monday (August 23) which claimed the lives of eight Hong Kong tourists brings to mind the many exploits of then SPO4 Jaime Santiago, a sharpshooter of the Western Police Department. Santiago was instrumental in many successful encounters with hostage takers during his stint with the WPD in the 80s and 90s.

Santiago is now a presiding judge of the Metropolitan Trial Court in Manila.

His true-to-life story as a policeman was recreated in a movie, “SPO4 Santiago: Sharpshooter” starring Ramon “Bong” Revilla, Jr. Two clips of the film can be viewed below on how SPO4 Santiago and his men were able to neutralize the hostage takers. 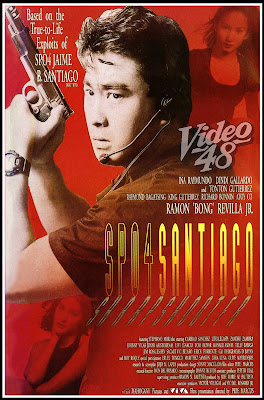 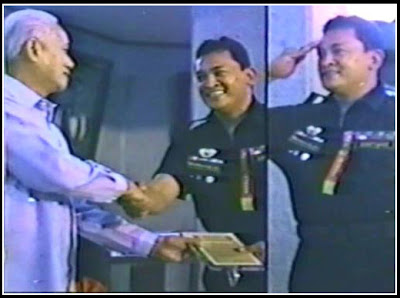 SPO4 Jaime Santiago receiving an award from then Manila Mayor Alfredo Lim in 1995.


Santiago sharing his views on the recent Manila hostage crisis