In 1950, a near fatal accident almost killed popular Hollywood actor, Tyrone Power while shooting the movie, "American Guerrilla in the Philippines." The movie, shot in Leyte, Pampanga and Subic in Olongapo, tells of an American soldier, Chuck Palmer (played by Tyrone Power), who fought in the country during the Second World War. 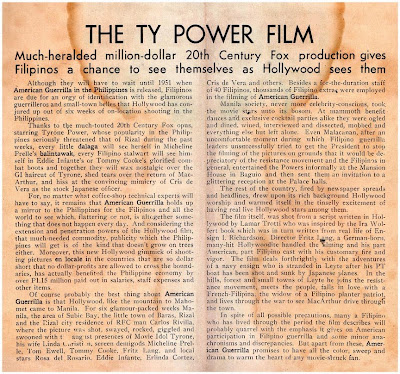 The movie, directed by Fritz Lang, starred a number of Filipino actors, led by Cris de Vera who played a Japanese kempetai. Others in the cast are Rosa del Rosario, Erlinda Cortez, Miguel Anzures, Berting Labra, Eddie Infante and thousands of Filipino extras. 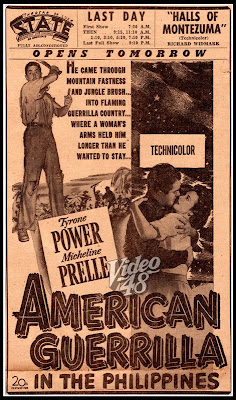 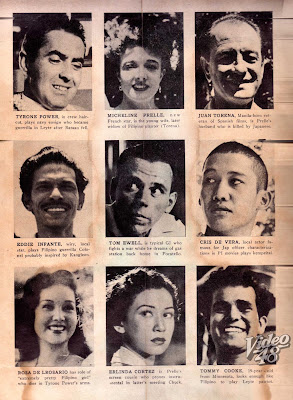 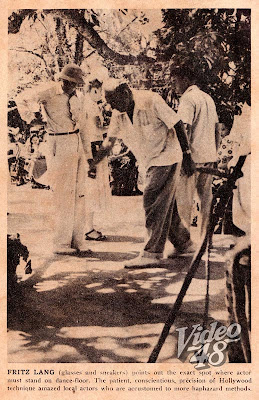 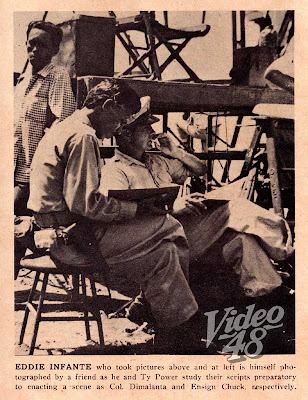 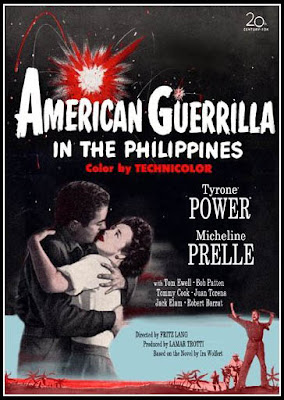 April 14, 1950--- Tyrone Power and other members of the cast and crew of “American Guerrilla in the Philippines” narrowly escaped possible death yesterday afternoon during the filming of a mock aerial battle scene at Subic bay, Zambales, when a Philippine Air Force AT-6, simulating an attacking Japanese dive-bomber, crashed in the water 50 yards from the camera barge where Power and others were standing. The pilot, Lt. Roberto Garcia, 26, and his crewman, Sgt. Ernesto Madango, 25, both of the Basa air base in Pampanga, were rescued from their sunken plane by Sgt. Warren Osborne and Daniel Martin, technicians of the 20th Century Fox unit shooting the scene from the barge. The two airmen were rushed to the Subic naval base hospital where they were given artificial respiration and treated for injuries. They were transferred later to the Basa air base hospital.

The scene, an enemy air attack on an American motor torpedo boat, was being shot at about 5 o’clock in the afternoon near Moron beach, 10 miles off Subic Bay. Garcia’s AT-6 advanced trainer, one of the five PAF planes assigned to the movie firm by Secretary of National Defense Ruperto Kangleon to simulate Jap planes, was diving with the others on the PT boat speeding past the barge when it suddenly went out of control. It swooped down to the height of 75 feet above the sea, whizzed over the camera barge where Power and others stood and crashed and sank into the water 50 yards away. It was completely destroyed.

Brig. Gen. Pelagio A. Cruz, commanding general of the PAF, said an officialreport he received from the naval base stated Lt. Garcia and Sgt. Madango sustained “superficial injuries.” Another report aid Madango fractured his right arm and both were suffering from possible internal injuries, shock from water submersion, contusion, abrasion and fracture.

The sequence being filmed at the time of the near-tragedy was the attack by Japanese dive bombers on the PT boat in which Lt. David Richardson, hero of the book from which the film was adapted, was an executive officer. The planes forced the PT boat to run aground on Cebu from which Richardson made his way to Leyte where he joined the guerrillas under Kangleon. Tyrone Power portrays the role of Richardson in the 20th Century Fox movie. (Source: The Manila Chronicle)