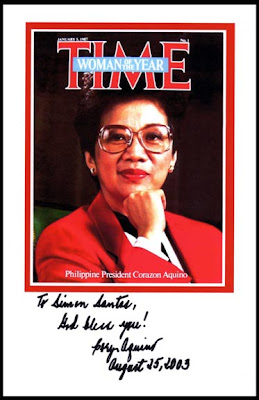 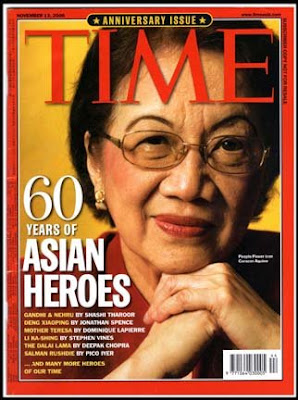 Former President Corazon Aquino, who swept away a dictator with a "people power" revolt and then sustained democracy by fighting off seven coup attempts in six years, died on Saturday, August 1. She was 76. The bespectacled, smiling woman in her trademark yellow dress remained beloved in the , where she was affectionately referred to as "Tita (Auntie) Cory." The uprising she led in 1986 ended the repressive 20-year regime of Ferdinand Marcos and inspired nonviolent protests across the globe, including those that ended Communist rule in . (AP) 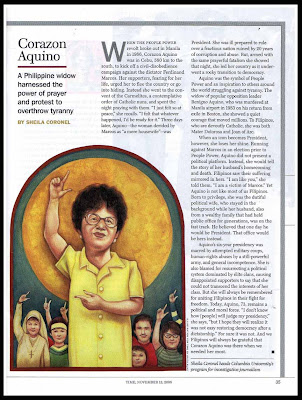