—Former President Corazon Aquino was buried Wednesday night beside the only man she loved, after a huge outpouring of public affection that rivaled the funeral of her martyred husband 26 years ago.

But the marathon procession in the rain that preceded Cory’s interment at Manila Memorial Park in Parañaque City unleashed an unprecedented display of love for her that even their children felt that, once again, Cory had surpassed Ninoy.

Cory was finally laid to rest beside Ninoy at the family mausoleum at 8:35 p.m. amid chants of “Cory, Cory” from her supporters, who burst through a military and police cordon to get as close as possible to the ceremony. (PDA/August 6, 2009)

++++++++++++++++++++++++++++++++++++++++
It is great to see the awesome front page layouts and designs of various leading broadsheet newspapers showing Cory in her magnificent poses, especially in the August 2 issue of the Philippine Star with then presidential candidate Cory flashing a Laban sign signalling the beginning of her herculean task of unseating a dictator. These newspaper clippings are something to be cherished and treasured. Owning one is getting a piece of history. Soon to be a sought-after-collector's items. Grab yourself a copy!
AUGUST 2, 2009 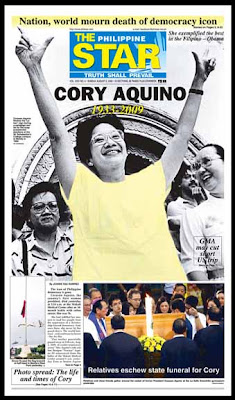 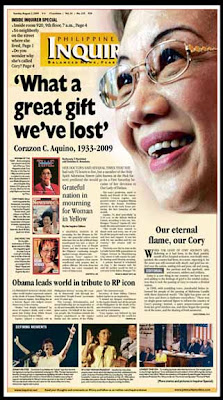 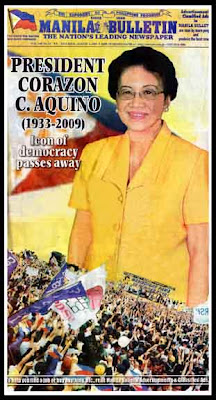 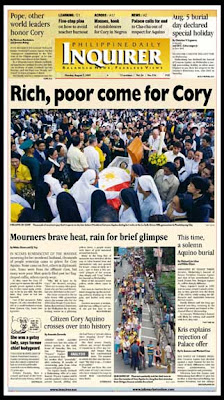 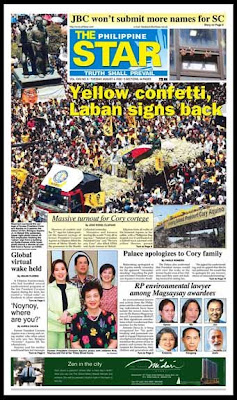 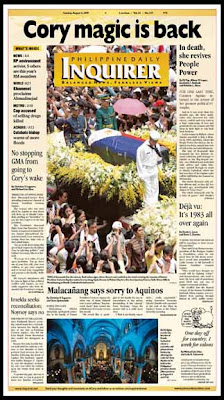 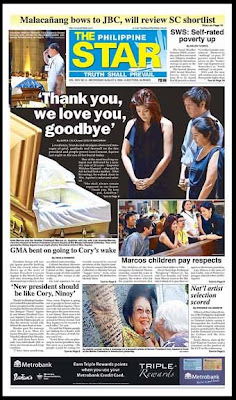 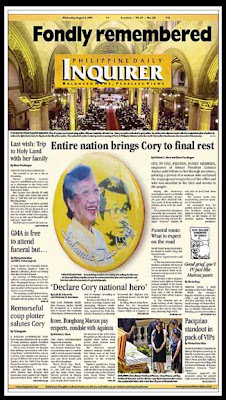 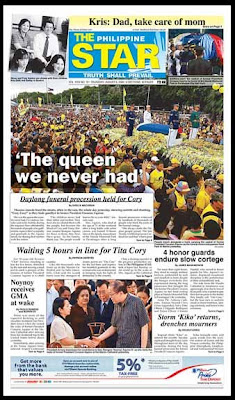 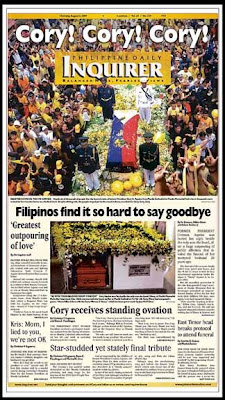