To those who grew up in the 60s would probably remember “24 Oras.” It’s a popular DZXL radio program dramatizing the harrowing and traumatic ordeals and experiences of individuals within a 24-hour period of their lives. A movie, consisting of four parts, was made in 1966 based on this popular radio program. 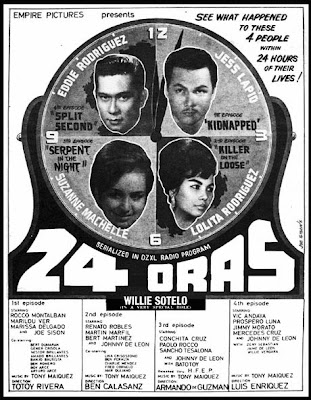