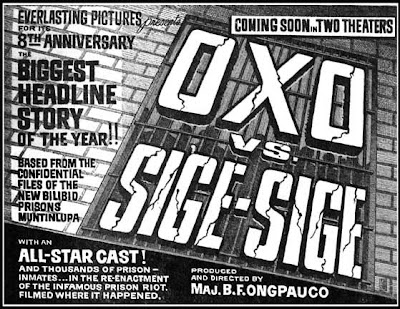 OXO and Sige-Sige gangs are two of the notorious, vicious and brutal gangs in the . These gangs, outlawed in the streets of , are accepted and recognized inside the National Penitentiary or the New Bilibid Prison in Muntinlupa for the prisoners’ mutual protection. Riots and violence usually sparked among the various groups and one of this was in the early 60s between the Oxo and Sige-Sige gangs which was the biggest headline story that time. A movie was made in 1962 based on that infamous prison riot. The movie, which starred Von Serna and Rod Evans, was "filmed where it actually happened" and thousands of prison-inmates also took part in the re-enactment. 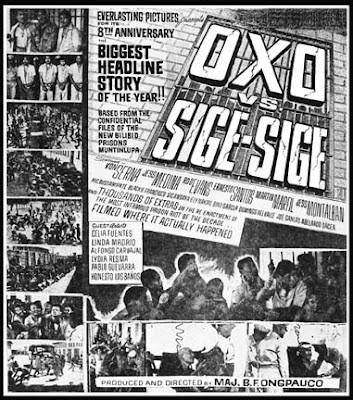