"BAGUIO MOVIES IN OUR MINDS" 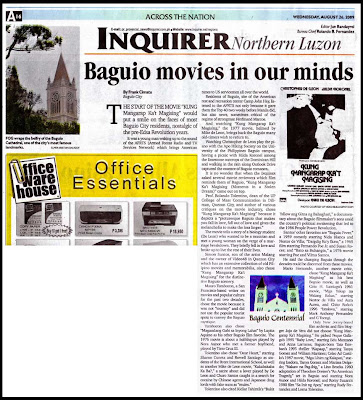 Movies in our Mind
by Frank Cimatu
Inquirer Northern Luzon
, —The start of the movie “Kung Mangarap Ka’t Magising” would put a smile on the faces of most residents, nostalgic of the pre-Edsa Revolution years. It was a young man waking up to the sound of the AFRTS (Armed Forces Radio and TV Services Network) which brings American tunes to servicemen all over the world. Residents of Baguio, site of the American rest and recreation center Camp John Hay, listened to the AFRTS not only because it gave them the Top 40 two weeks before Manila did, but also news, sometimes critical of the regime of strongman Ferdinand Marcos.And watching “Kung Mangarap Ka’t Magising,” the 1977 movie, helmed by Mike De Leon, brings back the many old-timers wish to return to. Watching Christopher de Leon play the piano with the Apo Hiking Society on the University of the Philippines Baguio campus, having a picnic with Hilda Koronel among the limestone outcrops of the Dominican Hill and walking in the rain along captured the essence of romance. 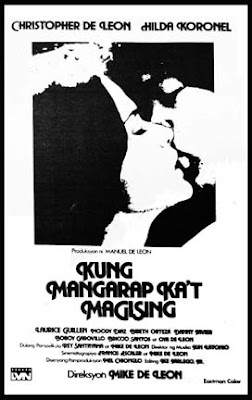 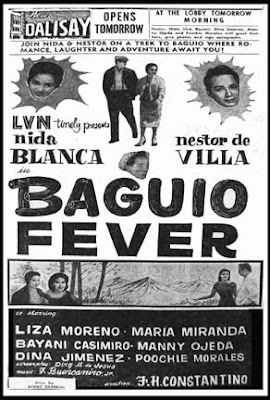 It is no wonder that when the Philippine Daily Inquirer asked several movie reviewers which film reminds them of , “Kung Mangarap Ka’t Magising (Moments in a Stolen Dream)” came out on top.Prof. Rolando Tolentino, dean of the UP College of Mass Communication in Diliman, Quezon City, and author of various critiques on the movie industry, chose “Kung Mangarap Ka’t Magising” because it depicts a “picturesque Baguio that makes you fall in love, fall out of love, and gives the melancholia to make the loss linger.” The movie tells a story of a biology student (De Leon) who wanted to be a musician and met a young woman on the verge of a marriage breakdown. They briefly fell in love and broke up to live the rest of their lives.Simon Santos, son of the artist and the owner of Video48 in which has an extensive collection of old Filipino movies and memorabilia, also chose “Kung Mangarap Ka’t Magising” for the distinctive scenery.Mauro Tumbocon, a San Francisco-based writer on movies and popular culture for the past two decades, chose the movie because it was not “touristy” and did not use the popular tourist spots to convey the mystique. Tumbocon also chose “Magandang Gabi sa Inyong Lahat” by Lupita Aquino as his other film favorite. The 1976 movie is about a balikbayan played by Nora Aunor who met a former boyfriend, played by Tirso Cruz III. 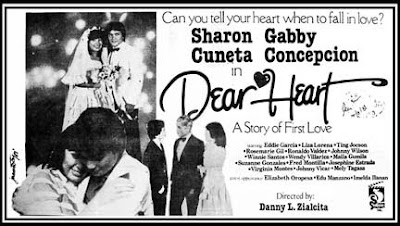 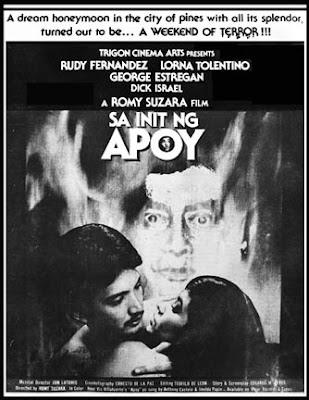 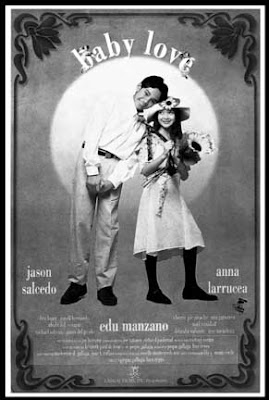 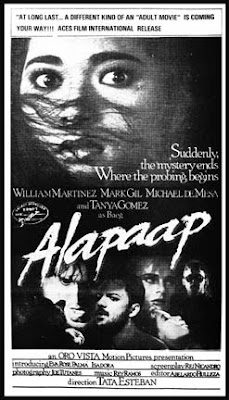 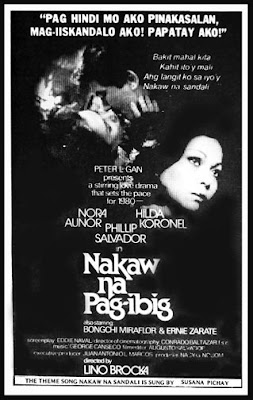 How I long to see the poster ad once again for SA INIT NG APOY, thanks Mr. Simon Santos!

LVN's Sumpaan is another Baguio film...there is also a pseudo-travelogue of postwar within the film. Here you will see the pristine Burnham Park uncontaminated by stuctures

There's another one movie made from Baguio, but I don't know the title anymore. The plot: there's twin brothers fight for the love of a blind girl. This is starred by Pancho Magalona and Tita Duran. I hope Video 48 will give time to research and find this movie because this one is truly a gem.

where can we watch SA INIT NG APOY? been looking for this for months but to no avail :(

i discoverd this blog about a year ago na, and i personally declare that of all the blogs i have visited, this is by far THE BEST BLOG of all!!!

sir, FRIENDS IN LOVE was the title of the sharon-rowell movie that was shot in baguio. along with jackie lou blanco and william martinez, they played the role of students at brent high school. DEAR HEART belonged to sharon-gabby. aga-janice movie BAKIT MADALAS ANG TIBOK NG PUSO was also shot in baguio.