It's a general knowledge that popular TV host Boy Abunda is a die-hard and ardent fan and known supporter of Superstar Nora Aunor. He's always there to protect and defend his idol.

Here's a short and amusing account of Mr. Abunda's first encounter with Ms. Aunor. The date- sometime in the 70s. 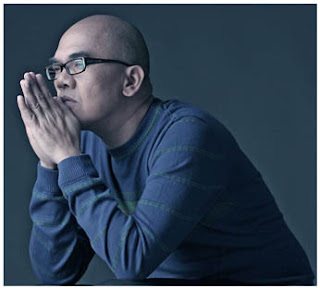 One summer in the early seventies, Tatay announced that I could take my summer vacation in with my Tiyang Estring’s family in Malibay. His announcement was like nothing I had ever imagined. I figured that I would have one great chance to see Nora Aunor, icon of my youth. I was ecstatic. So off I went to the city where Nora lived, my clothes in a small sturdy maleta, and feeling decadently rich with the P 200 Tatay gave me. I was confident I could meet my queen in person.One day, it was announced in “Superstar” (Nora’s television show) that Ate Guy would make an appearance at KBS (Kanlaon Broadcasting Station) along Roxas Boulevard, 5 pm, on a Tuesday--- I can’t remember the exact date. At 5 am of D-Day, I and four other neighbors left for the most exciting trip of my life. We brought along folding chairs. “Kailangan maaga tayo at may sariling bangko dahil pag late tayo, sa may dagat tayo pupuwesto,” explained my aunt, the battle-scarred Nora follower. I didn’t bother asking her why we needed to make a 12-hour allowance for a 5 pm appearance.
At 5:30 am, the grounds fronting KBS were already teeming with Nora fanatics: women, young girls, old women, a lot of gays, a sprinkling of men, vendors, pickpockets, Bisayans, Kapampangans, Ilocanos, Warays, Manobos, Igorots. I had never seen so many people in my life.At 2 pm, it started to rain. No one moved. No one wanted to lose his space. Seasoned Tiyang Estring forgot to remind us to bring umbrellas. An hour later, the rain stopped, and we of the Malibay contingent were soaking wet, but like everyone else, we hung on to our chairs as though we were hanging on for our very lives. 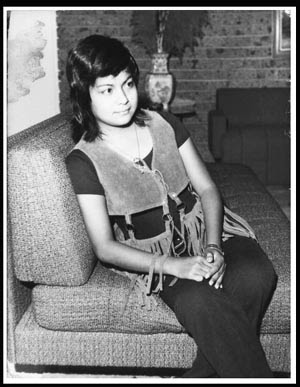 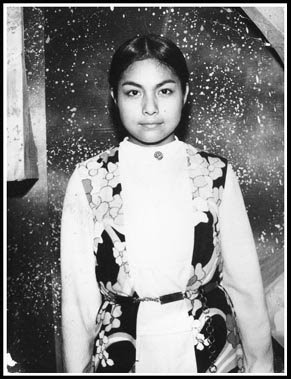 A few minutes after 8 pm, my goddess was gazing down at the crowd from the penthouse of the KBS building. People stretched their hands out, and Nora photos and magazines were up in the air in rhythmic motion. We screamed her name, we pledged allegiance to her! And she waved back at us, gave us a flying kiss. She looked so fragile and pretty. Even if she was almost a kilometer away, I know she could see me, I knew she knew how devoted I was.
Photos of Ate Guy started falling from the sky like manna from heaven. There was pandemonium. A photo fell into my hand and I fell off my chair. My four neighbors scampered for safety. It had been fifteen hours since I had first set foot on , and I was deliriously happy.

Jeepers Creepers!
I remember those crazy days of Nora's popularity. There were catfights, hair pulling, swearing. bad-mouthing and even HOOLIGANISM, believe it or not.

I remember this group who were NORA fanatics who STALKED Dolphy's daughter SALLIE QUIZON who accused the latter of being a close "friend" of Tirso Cruz III. My, my. Many fans were so outright insane, don't say anything negative about Miss Aunor or you would be dead in a few seconds. He-he.

And the films she made! Ouch! They can be listed as RP's worst and I could only blame the late ARTEMIO MARQUEZ for shooting, dubbing, processing and showing a Nora's film within 12 days from pre-production to final showing. Unheared of anywhere in the world, I must say. It even surpassed Mother Lily's PITO-PITO. And the quality was no doubt...0%.

Just too bad, because Nora Aunor is a fantastic actress. But, that was what happened then. The 1970's is defintely the renaissance of Tagalog movies. It was indeed a re-awakening, a lot of good films were made during this decade, but by the same token, we also saw the ugliest of the decade. Summing it up, the 1970's tagalog films remind me of a Clint Eastwood film: THE GOOD, THE BAD, AND THE UGLY.

But, at least Mr. Abunda is not the wild fan type. Hmm... I didn't know he was melodramatic then, he's still melodramatic now.

When I see him on TV reporting some latest chismis about RP actors, he always sounds as if what he is telling is a case of "a matter of life and death" because of the tone, the forced dramatization and the lachrymose choice of words that even a marshmallow on a stick being roasted on a campfire would not win.
He-he.

What the heck happened to the likes of JOEY LARDIZABAL, EDDIE MERCADO, EDDIE ILARDE, LEILA BENITEZ, KOKO TRINIDAD, and many others who graced Philippine Television with poise and intelligence?

RP TV networks, what's wrong with you? Why are you giving us crap, crap, crap? This has got to end soon. Your shows are very STRESSFUL to watch.

Nora is doing a comeback movie with Celso Kid ( Ad Castillo) directing, and to be shot in the US of A. The Kid is still a fan of La Aunor. I think the tentative title is : DO FILIPINOS CRY IN AMERICA.

La Aunor also waxed a new album of original compositions, I just forgot the title of the album.

The idiotization of the Filipinos can be attributed to these two giant TV networks.

There are rumors that Willie R. will run for president because of the extreme popularity and largesse of his show, WOWOWEE, maraming masa ang boboto sa kanya....