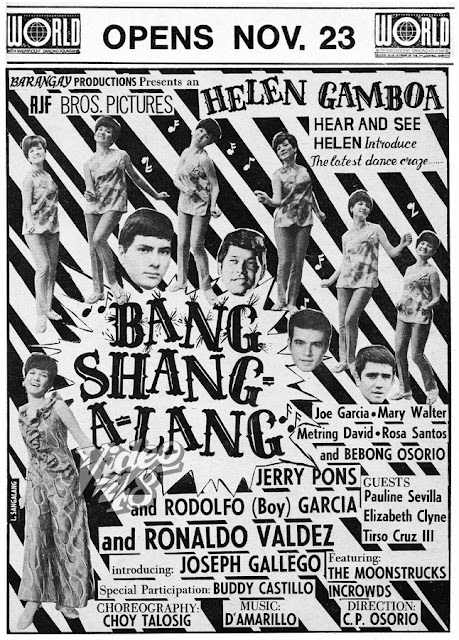 It's a surprise seeing this wonderful 1968 black-and-white movie “Bang Shang-a-Lang,” at cable TV- Cinema One the other day. At the prime of her career, the young Helen Gamboa (only 19 or 20) sings and dances with all her heart to the latest songs and introduces the latest dance craze that time called ‘Bang Shang-a-Lang.’ Now, I know why she was called “Dancing Queen of the 60s.” It’s definitely a ‘classic’ for it chronicles the mood and times of that period when lots of dance crazes were coming and popping out. Produced by an independent movie outfit, Barangay Productions, it also starred a very young Ronaldo Valdez (he looks like his son Janno Gibbs) and upcoming teen star Tirso Cruz III (he rendered one song number in this movie). I would say, the movie is terrific, a wholesome fun movie, never mind the thin storyline, which is only secondary to many song and dance numbers you will love to see and hear. 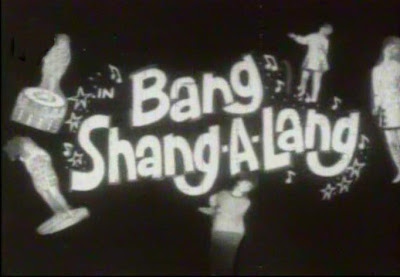