In 1989, a horrible accident struck the set of an American movie, while filming a Chuck Norris movie, Delta Force 2. A helicopter crashed into a mountain in Tagaytay City killing three foreigners (click image below for full text). Norris, a popular actor in the 80s, was best remembered as Bruce Lee's nemesis and vicious opponent in the 1972 movie, Way of the Dragon. He soon starred in many action flicks, among them, Silent Rage, Missing in Action 1, 2 &3, Code of Silence and Invasion USA. 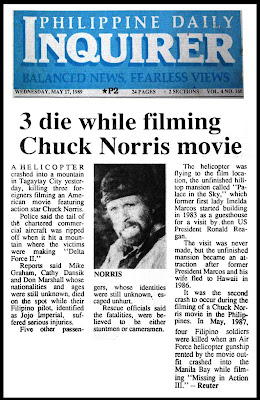 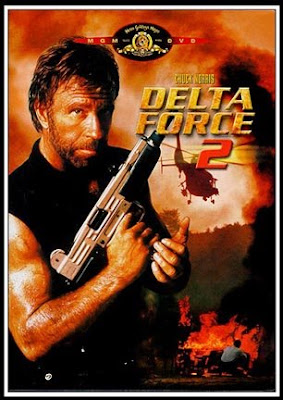