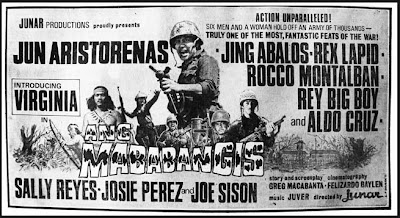 Ang Mababangis (1971)- Stars Jun Aristorenas, Jing Abalos, Rex Lapid, Rocco Montalban, Rey Big Boy and Aldo Cruz/ with Sally Reyes, Josie Perez and Joe Sison/ Introducing Virginia/ Directed by Junar
In the 50s, Celia Fuentes was the undisputed Action Queen of Philippine Movies. In the 70s, it was ’s turn. Better half of 60s action star Jun Aristorenas, Virginia was introduced in 1971 in the movie Ang Mababangis, where she showed her talents in performing incredible and dangerous stunts with an almost all-male stars led by Jun Aristorenas. She was soon dubbed the 70s Action Queen of Philippine cinema after a series of action movies. Her first starring role was Gabriela Silang, and was best remembered in the award-winning movie, Elias, Basilio at Sisa. She did numerous movies with son, Robin Aristorenas. Both appeared in Batwoman and Robin, and Batwoman and Robin Meet the Queen of Vampires, considered as cult movies and sought out by movie fans and collectors. 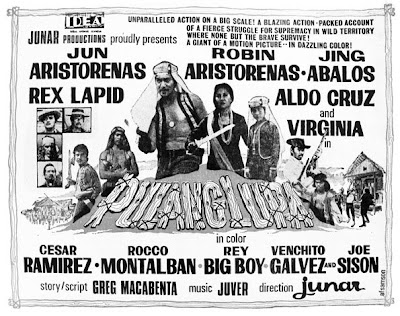 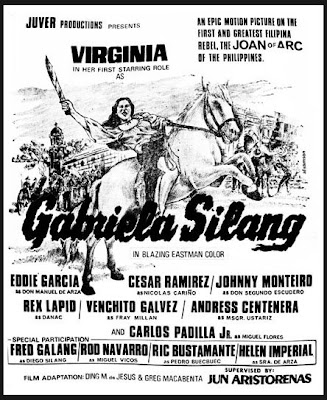 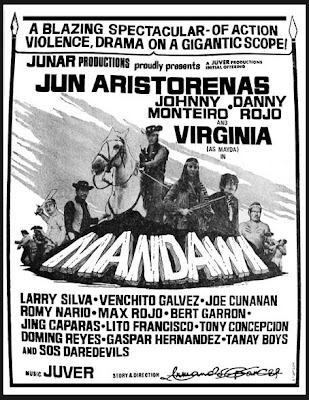 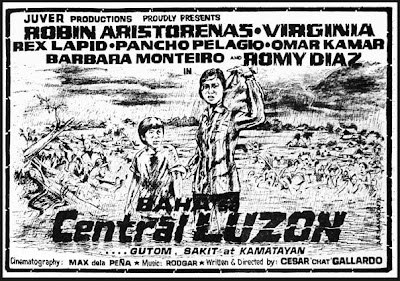 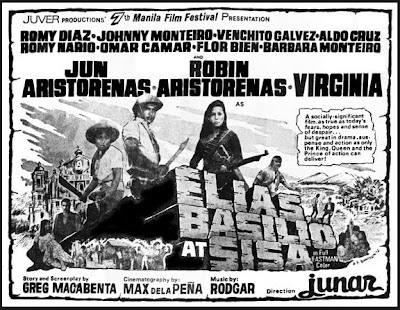 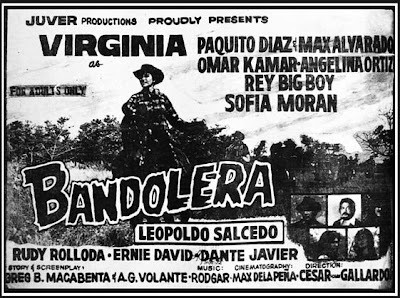 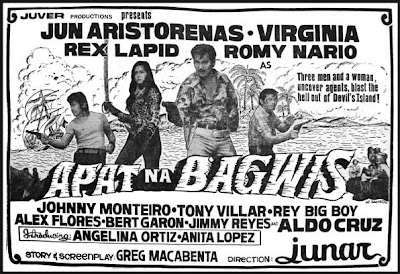 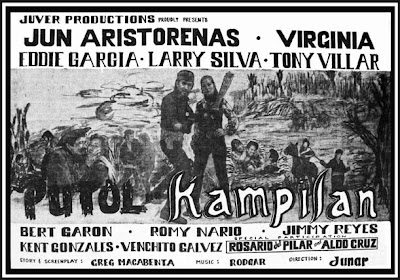 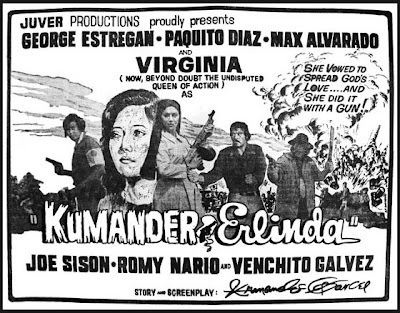 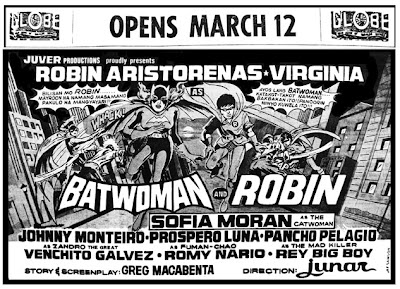 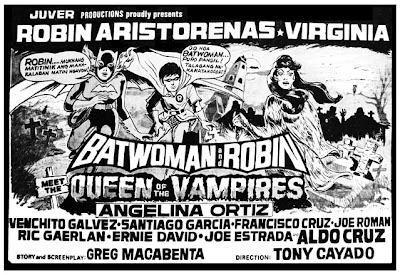 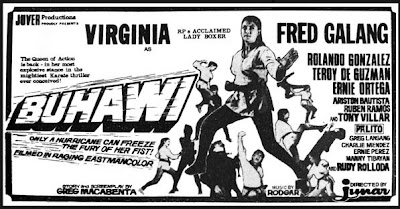 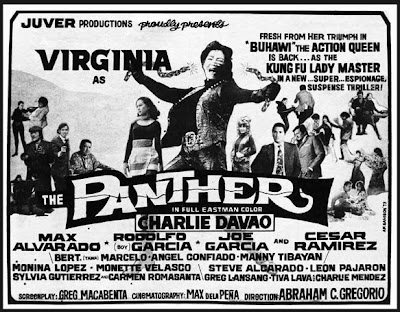 Remember several months ago I asked you if you knew of a Virginia kung fu movie also starring Palito?

Buhawi (1973) was dubbed into English and distributed internationally by a Hong Kong company under the title "Revenge Of The Lady Fighter".

Thank you SO much for all your excellent work,

Does are any of Virginia's films had her do Arnis/Eskrima, say in Putol na Kampilan?

Would appreciate a reply. Thank you and more power!

How about Batwoman and Robin? When I was a kid, I used to watch that on TV and had a huge crush on Virginia. Where can I get a copy of that movie?

It seems there were Action Queens in the 60s and 70s. What about the 80s, 90s and 00s?!? So sad that there are none, esp when martial arts are even more popular among females now than ever before.