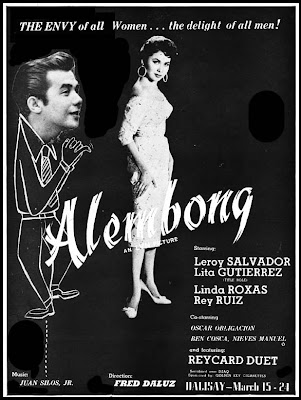 Alembong (1958)- Stars Leroy Salvador, Lita Gutierrez (Launching Movie), Linda Roxas, Rey Ruiz/ Featuring Reycard Duet/ Directed by Fred Daluz
For Maria Dolores Gutierrez of Laoag, Ilocos Norte, stardom came by way of a visit to the LVN publicity office in 1955. She was sixteen, just out of high school. She had come to to find a job and had been hired as a receptionist in the office of a movie magazine. She and another girl from the magazine went to LVN one day to get publicity stills for the latest film of Nida Blanca.Doña Sisang was puttering in the garden when she saw them and expressed interest in the Ilocana mestiza. “I had kinky hair then and was very chubby,” Ms. Gutierrez remembers. Language proved to be her undoing, however, for when the Old Lady asked her how good her Tagalog was, she couldn’t tell a lie. She was told to brush up on her Tagalog, and come back when she felt she knew enough.“I was afraid, I had no confidence,” says Ms Gutierrez of that first meeting with Doña Sisang. Meanwhile, she quit her magazine job and went to work at the Bureau of Public Libraries for a year, all the while dreaming of a movie career. Sometime then she went to the Tropicana Studios in Malabon, which the stars patronized, and had her best angles taken. She sent a copy to Doña Sisang.
In a few days a talent scout was at her doorstep with the message that the LVN boss wanted to see her. She was given a three-year contract which promised her more than she could ever hope to earn from an office job. Two and half years after she signed the contract, Lita Gutierrez became a full-fledged star. The movie--- “Alembong.” 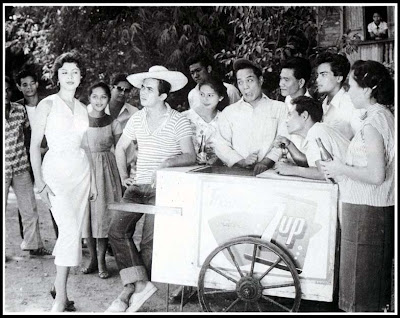 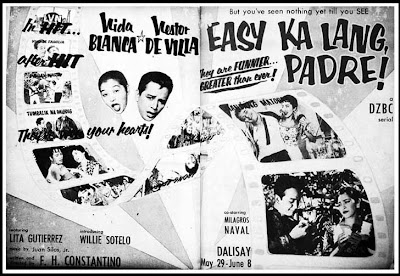 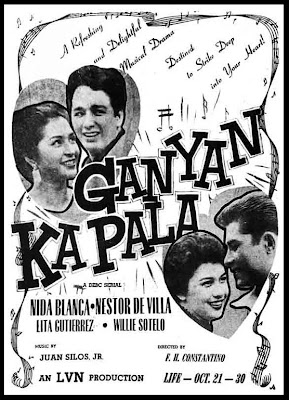 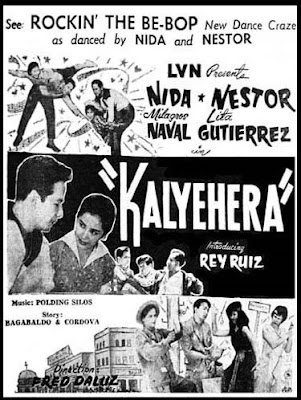 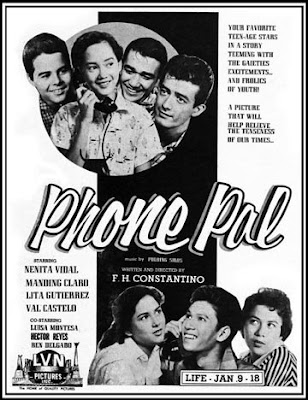 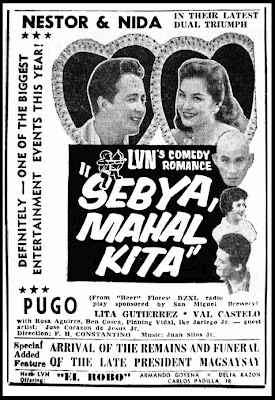 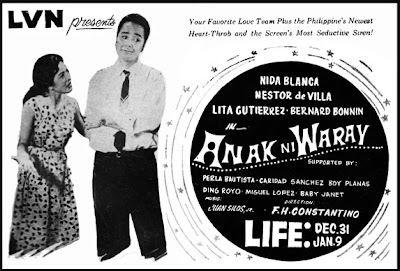 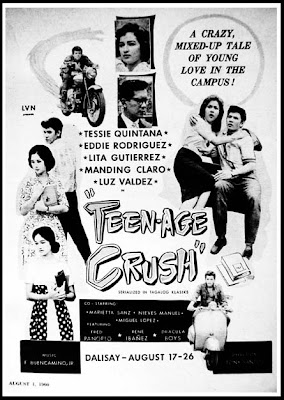 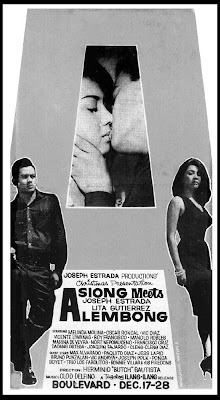 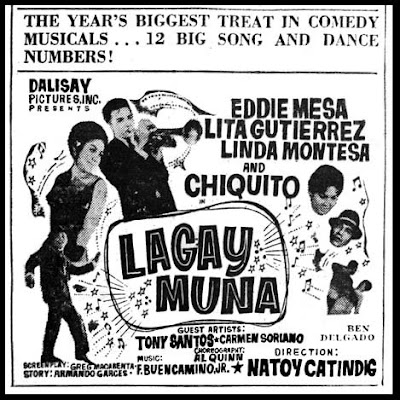 In the film Higit sa Lahat (1955), an actress was credited as Melita Gutierrez. Is that the same Lita Gutierrez?