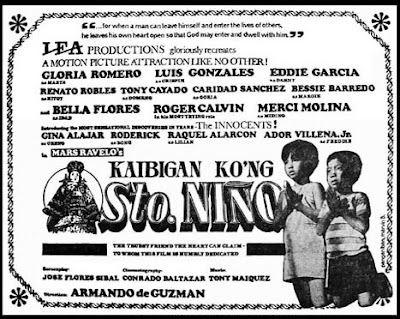 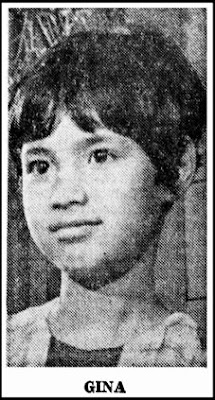 Gina Alajar (Regina Alatiit in real life) was only eight (b.1959) when she auditioned for Lea Productions' Kaibigan Ko’ng So.Nino (1967). She bested some 300 aspirants getting one of the four important roles (the role of Oreng) at stake.

Among her early films were Bandana (1968), a Susan Roces-Romeo Vasquez starrer; Donata (1968), where she played the titular role of the girl who grows up to be Gina Pareno; she would also play "Narda" to Gina Pareno’s “Darna” in the 1969 film Si Darna at ang Planetman (1969); she also portrayed the real-life character of Irene Marcos in Pinagbuklod ng Langit (1969); she was one of the children in Lino Brocka's Wanted: Perfect Mother (1970) and one of the street children in Mga Anghel na Walang Langit (1970).

In the late 70s and 80s, Gina went on to star in many of the ’ most acclaimed films.

Gina won as Best Child Actress at the of the Movie Arts and Sciences (FAMAS) for Kaibigan kong Sto. Niño (1967) and received a similar trophy from the Citizens' Council for Mass Media (CCMM) for Wanted: Perfect Mother (1970). 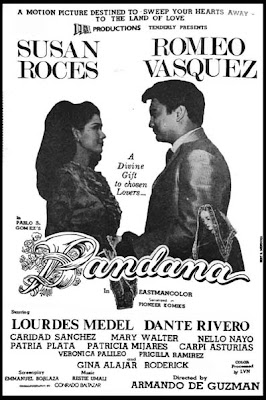 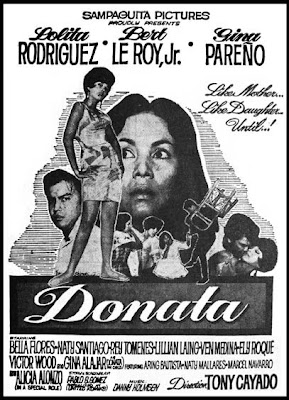 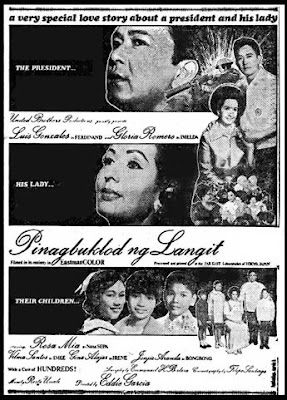 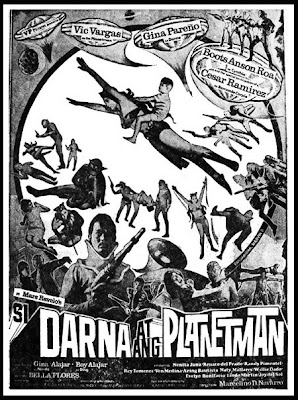 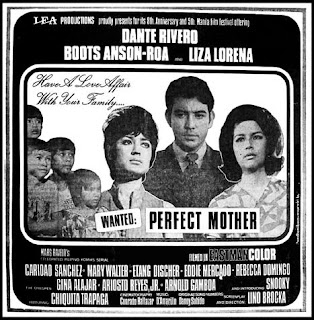 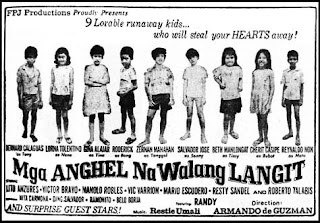 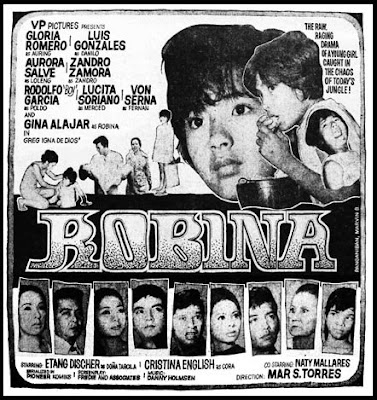 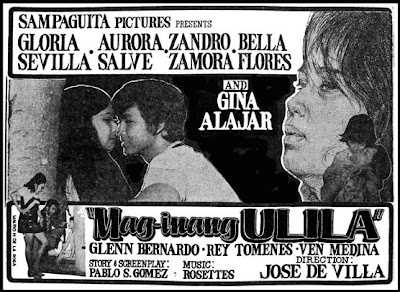 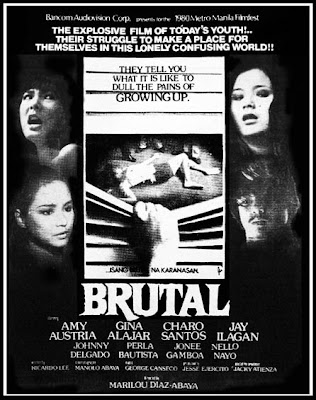 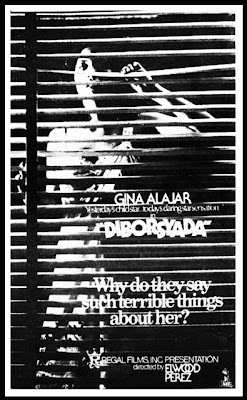 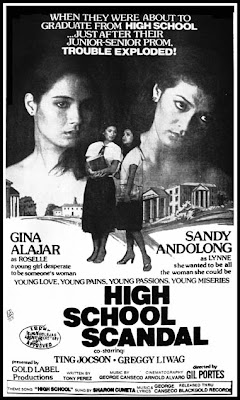 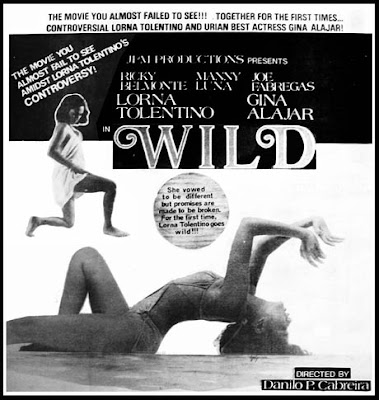 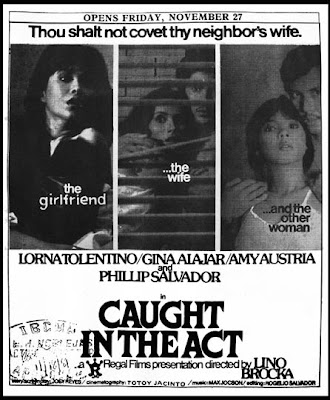 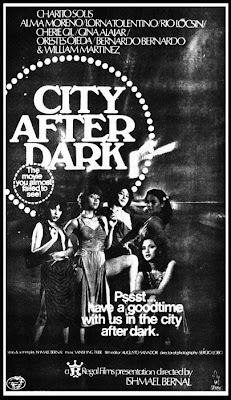 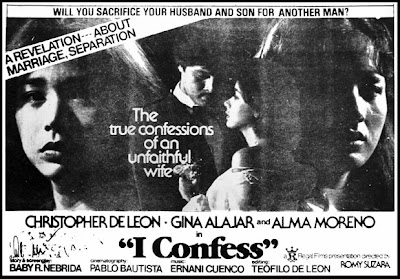 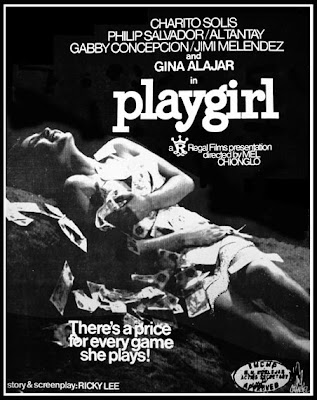 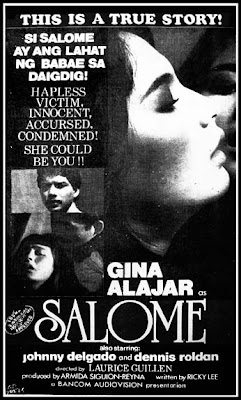 In the 1970s Gina Alajar, no doubt, was one of the finest actresses in RP movies. Because of this, we made sure to cast her in many episodes of Ulila and Señor Sto. Niño.
When I was writing a character to be played by Gina Alajar, I made sure to make the caharcter as complicated and as three-dimensional as possible, because I knew that this actress could handle it with conviction and artistry.

I remember writing an episode for the show Señor Sto. Niño where Gina played a bar girl who was living with an abusive boyfriend (played by Rez Cortes). The irony of many bar girls and even prostitutes in the Philippines (from my own research) - is that, despite the nature of their occupation, their faith seems to be intact and their devotion to God is never flailing. She played one of these characters, who light candles and walks on her knees towards the altar in Quiapo church, pray to the Niño in Tondo church, help people in need in whatever way. But, unlike most abused women, this particular character comes to the realization that no matter how lowly her status in society is, no man has the right to treat her like a punching bag, and therefore, she flees from him. His ego bruised, he haunts her to finish her off.

Meanwhile, while hiding from her boyfriend, she amuses herself by reading komiks. And it dawns on her, that she might be able to write komiks stories and be a komiks writer and emancipate herself from the gutter of society. In the komiks publication, she meets a handsome and good-natured komiks illustrator (played by Ting Jocson). Soon, they fell in love.
She writes, he draws. They get married and live a happy and quiet life.

One day, her old boyfriend found her and chased her. She was able to elude him by hiding in the ladies room of a restaurant. Safe at home, she told her husband her past. This was the most complicated part of the script because she had to deliver a 1.5 page of dialogs full of emotion and replete as well with very complicated blocking that she had to remember. The emotional build-up was tremendous that after taking the scene, everybody clapped their hands on the set.

From then on, every time Gina guested in any of the shows I was writing for, she called me: “Masipag na writer.”

That's why when I wrote the life story of Sister Thelma Aquino (who, allegedly, was being possessed by the Niño), it was only Gina who gave justice to the complicated character of Miss Aquino (where, in my script version, was more of a woman who endured years of inner turmoil - rather than someone who was chosen by God to spread miracle).

But, like a true pro, Gina Alajar never complained or demanded anything to make things easier for her. You give her the role, she plays it without flinching. And that’s what makes her a true artist.

Amazing, JM! She's one of a kind!A great performer!

Where could I get a copy of the movie "Salome"? Please email me at edumat54@gmail.com. Thank you.