DIRECTOR RICHARD ABELARDO: WIZARD OF THE CAMERA by JOSE A. QUIRINO/ 1958

One of the most spectacular scenes in Cecil B. de Mille’s immortal “The Ten Commandments” was the parting of the Red Sea to allow the people of Moses to escape the cruel Egyptians. De Mille reportedly spent over a million dollars to film this single sequence of the expensive film.

Here in the Philippines we have a movie director who also divided a sea and created the same illusion as De Mille’s screen magic. But while Hollywood’s greatest showman spent a million dollars to do the trick, Richard Abelardo, a dusky 56-year old megman of LVN Pictures, duplicated the wizadry despite limited funds and inferior equipment. Abelardo performed De Mille’s trick in “Tungkod ni Moises,” a picture directed by Manuel “Sano” Silos which was released years ago. This means that Abelardo did the trick before De Mille. 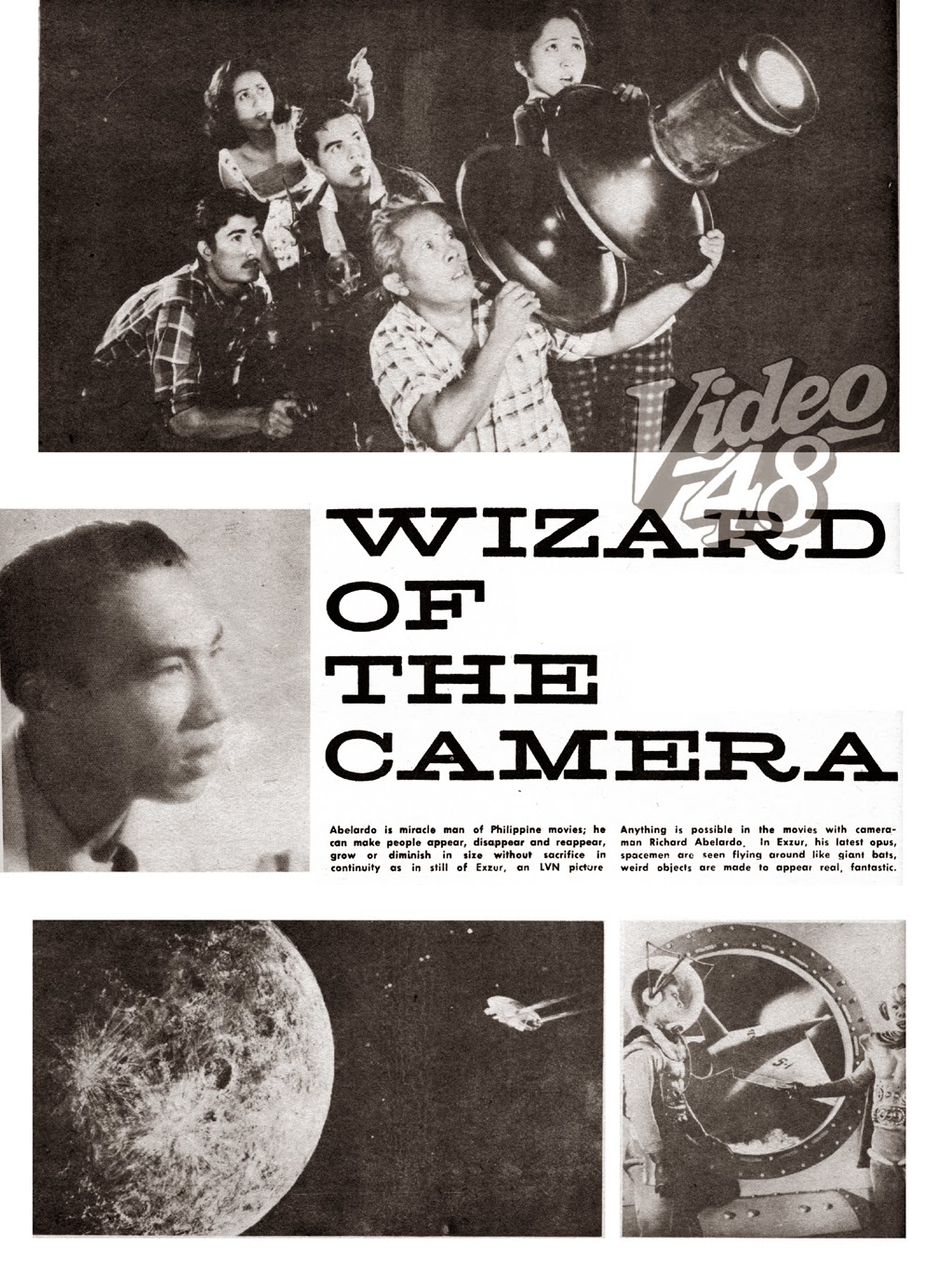 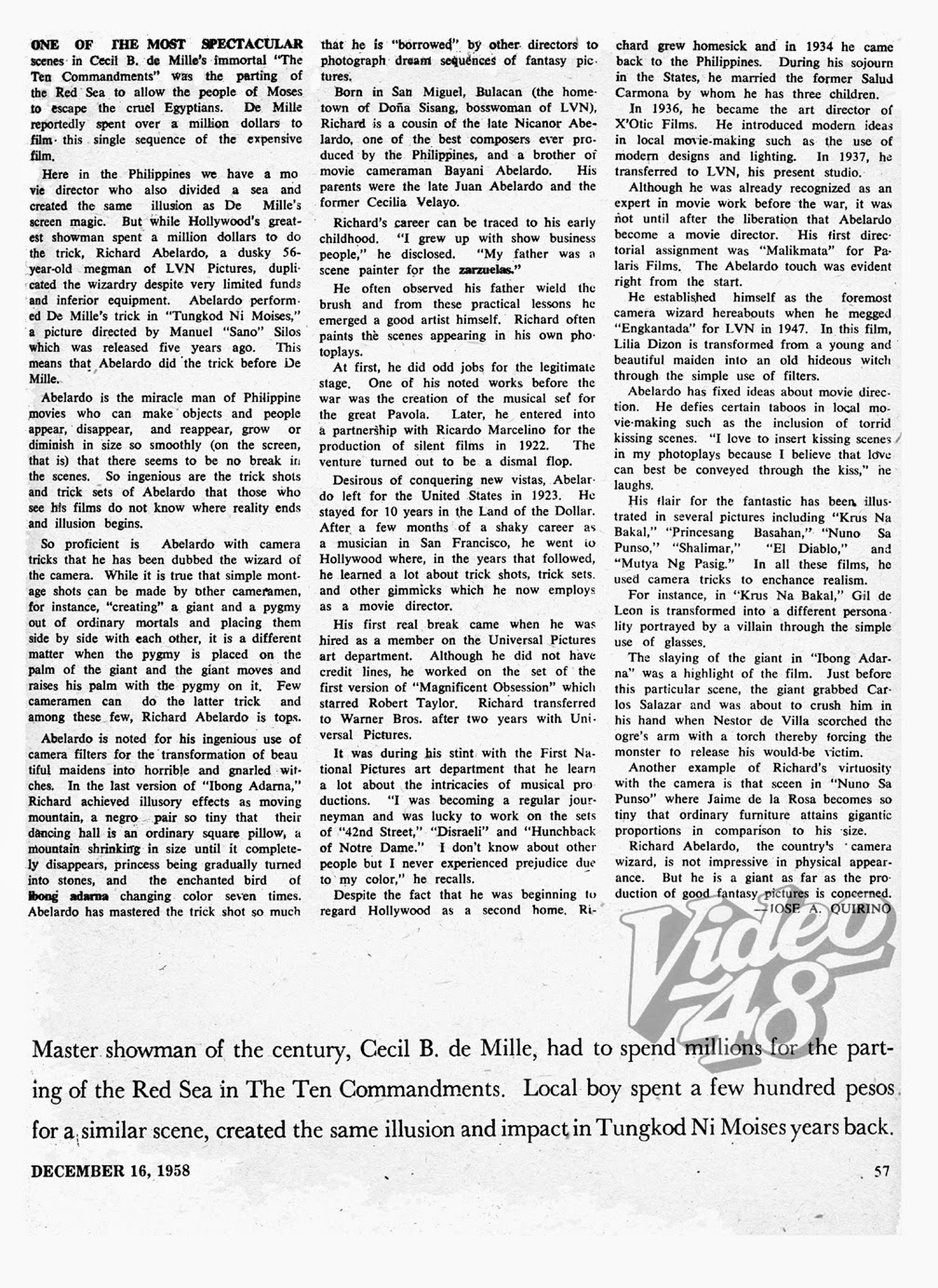