Remember Maria Teresa Carlson? She was a big star in the 8os and a mainstay in the popular TV sitcom "Chicks to Chicks." She was best remembered for her witty dialogues of "si ikaw, si ako..." which eventually earned her starring roles in some Tagalog movie spoofs--- "Wander Woman si Ako" and "Si Ako at ang Tres Moskiteros."

In 2001, Ms Carlson, jumped to her death from the 23rd floor of the Platinum 2000 condo in Greenhills. She was a victim of domestic violence. 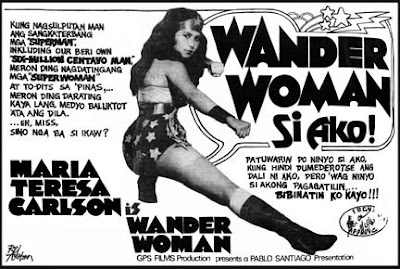 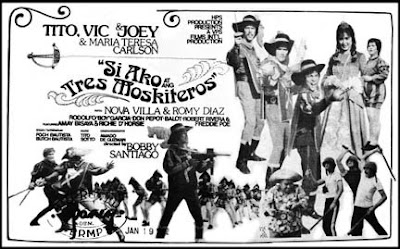 i used to watch Chicks to Chicks every wednesday night on Chanel 13 in the 80s,ma. Theresa carlson was so funny,together with nova Villa,freddie Webb,Chuchi,carmi Martin,bong dimayacyac,Chuchi,lourdes Nuqui--the secretary named Dina Bale,and Nova's brother in the sitcom,the chickboy,forgot the name of his character,was it Chiqui? the actor's surname was Arceo. i remember that Ma. Theresa left the show for awhile in 1984? that was probably when she got married,the came back later,and her character got married to Joel Alano. sir,can you come up with something on TODAS,my other fave sitcom from the 80s. Thanks!