ABS-CBN Network is set to offer another action-adventure series as they tied up with the Revilla family and Imus Productions for remaking the movies of legendary Ramon Revilla Sr. to be entitled “Agimat” (Ang Mga Alamat ni Ramon Revilla). Four promising actors were given a chance to reprise the well-known characters of Revilla Sr. Gerald Anderson will be portraying Tiagong Akyat in “Hulihin si Tiagong Akyat.” Jake Cuenca, on the other hand, will reprise the character “Elias Paniki.” Coco Martin plays the role of a lizard in “Agimat ni Tonyong Bayawak.” And last but definitely not the least - from the Revilla clan – is Jolo Revilla who will play “Pepeng Agimat.” According to Andeng, daughter of Revilla Sr., the idea of remaking the films of her father was presented to them by the network about two years ago. 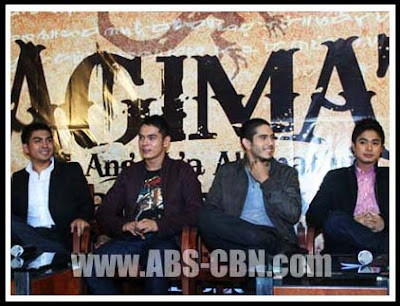 The Revilla family and ABS-CBN also agreed that there should be a Revilla to be included in the film to continue the legacy of the renowned clan. “It was part of the agreement that we want a member of the family to portray one of the characters just top preserve the legacy of the senior… Sabi ko siguro ang bida natin si Jolo and ABS-CBN said ‘oo naman’ kasi para hindi mahiwalay from three generations from my dad to kuya Bong and to Jolo,” Andeng explained.

“Agimat” will circle in the story of four men whose lives have been altered by a diwata or fairy as she gives them special powers in the form of an agimat. (Source-SunStar / June 22, 2009) 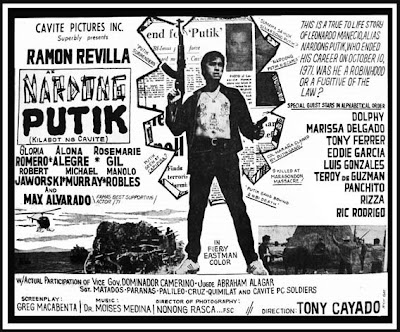 Nardong Putik (1972)- Stars Ramon Revilla, Gloria Romero, Alona Alegre, Rosemarie Gil, Robert Jaworski, Michael Murray, Manolo Robles and Max Alvarado/ Directed by Tony Cayado
When Ramon Revilla, Sr., a popular actor of the 50s, made Nardong Putik, his comeback movie in 1972, he scored big in the tills, smashing all existing box-office records that time. It’s a film on a notorious criminal whose amulet or anting-anting or agimat made him invincible and protected him from bullets. His next two movies, Pepeng Agimat and Hulihin si Tiagong Akyat, also did well in the box-office which starred him also with an agimat. Besides being Nardong Putik, Pepeng Agimat and Tiagong Akyat, he was also known as Kumander Agimat, Tonyong Bayawak, Kapitan Inggo, Pepeng Kuryente, Elias Paniki and Joaquin Burdado, all characters wielding agimats with varying and incredible powers. 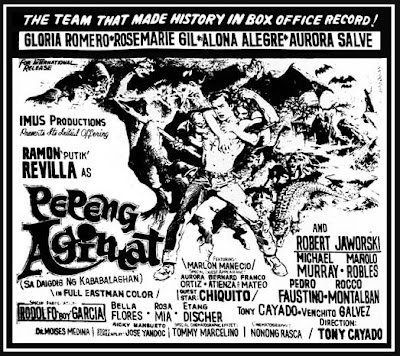 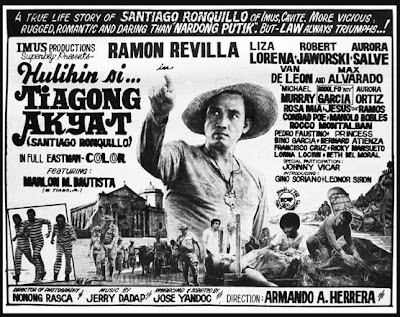 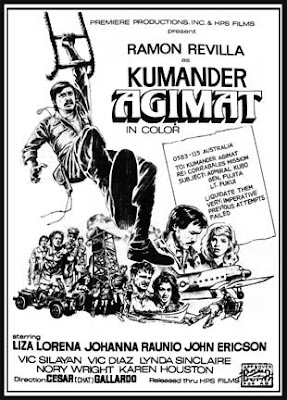 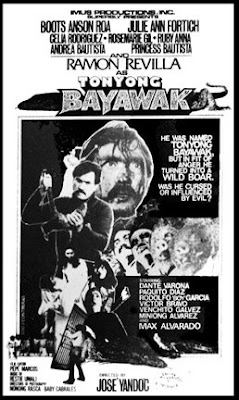 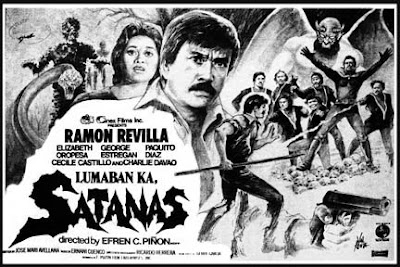 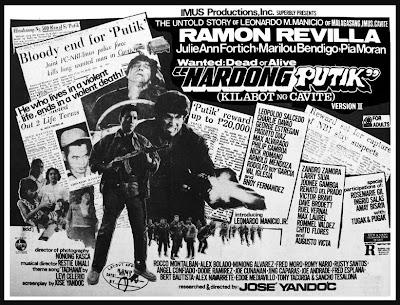 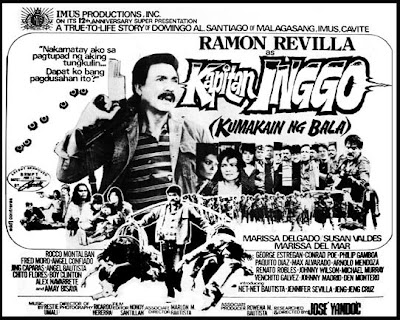 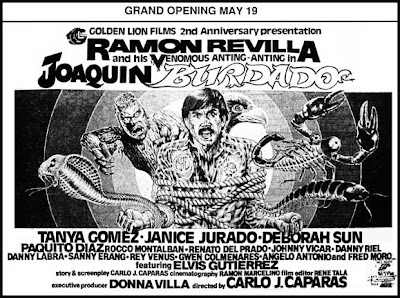 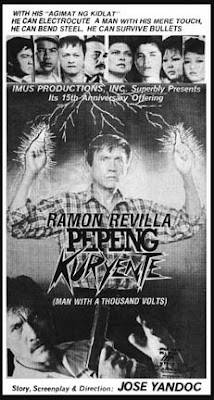 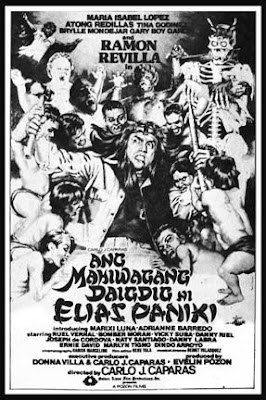 im a big fan of his agimat movies..
hehehehe..remember all of this titles during my youngling 80's years.

Me too, im a big fan, i would like to watch them all over again but i don't have any idea where i could find it.. even sites where i can download it..

He is a veteran actor/politician and movie actor played as a Robin Hood style rebel against evil and corruption original talents from premiere/Larry Santiago productions and a multi-time celebrity and father of Ramon revilla jr.current senator/politician and a popular talent in several movies and film credits and still remains a national treasure and Filipino movie hero like Joseph Estrada Fernando Poe jr. Zaldy zschornack Jess lapid etc.thanks for the information and send e-mail to your comments in your opinion .from:Wayne

LIKE US ON NEW FB PINOY HD MOVIE UPDATE

He is the veteran actor who portrayed as Robin Hood style roles as hero/villain in Filipino movies born in 1927 in Imus Cavite former senator and actor turned 87 years old until now he is a bedridden talent now retired from his career performance in Philippine entertainment history. Thanks! From:Wayne

He is the original vigilante/assasin of Dasmarinas City former policeman turned criminal was gunned down by authorities in 1971 inspired from a popular true story in Filipino films also known as Nardong Putik. Thanks!

He is the paranormal monster hunter/vigilante inspired from horror/fantasy/adventure film released in 1973 as Pepeng Agimat Van Helsing watch out! Thanks! From:Wayne

I watch all the classic Filipino films when I was six years old in the Philippines my favorite is Fernando Poe Jr Cesar Ramirez Ramon Revilla Eddie Fernandez Jess Lapid Joseph Estrada and other action stars as legends and a popular icons from the Philippine entertainment media history. Thanks! From :Wayne

I like all Filipino films like action adventure western and detective/espionage stories in Filipino entertainment history. Thanks! From:Wayne

He is a military operative and descendant of the monster hunter set during World War II released in 1975 a military and action/adventure film starring Ramon Revilla in Kumander Agimat. Thanks! From:Wayne

Native son of Cavite becomes a legendary hero in Filipino films and media. Thanks!
From:Wayne