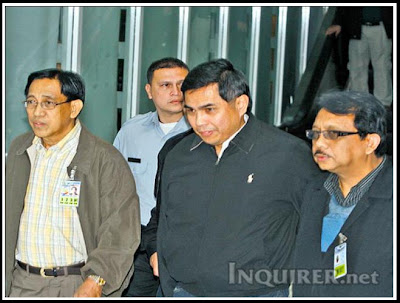 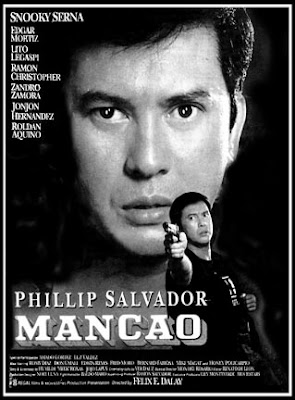 Former Police senior superintendent Cezar Mancao was chief of the Presidential Anti-Organized Task Force (PAOCTF) for Luzon at the time of the abduction and murder of publicist “Bubby” Dacer and driver Emmanuel Corbito. Dacer and Corbito were killed and their bodies were burned on the evening of November 24, 2000 in a creek near Barangay Buna Lejos in Indang, . Then PNP chief and now Senator Panfilo Lacson headed PAOCTF.
Mancao fled the country in 2001 after he was also implicated in the bloody May 1, 2001 siege and has since been reportedly seen in different locations abroad

Mancao is now back, arriving last Thursday, June 4, after 8 years in hiding, following the ’ extradition request. He is set to testify against Lacson. Lacson has denied the accusation.

I hope something positive will come out from his testimony. His disclosure may unlock some of the mysteries surrounding the 8-year old double murder. It’s about time that justice is served and the perpetrators punished.

In 1994, a movie was made based on the life of Mancao (played by Phillip Salvador) as the intrepid law enforcement officer. He was best remembered as the man responsible for the dismantling of the notorious Red Scorpion Group and the killing of its head, Joey de Leon.