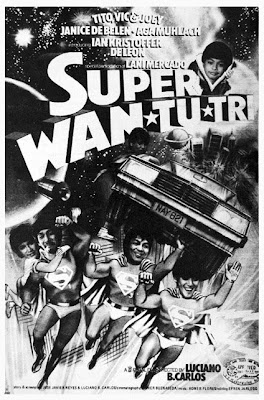 In 1975, Joey de Leon became a co-host of GMA Network's early afternoon variety show Discorama hosted by Bobby Ledesma (of Student Canteen fame). At that time, the show hardly had any viewers and ratings were bad. While Bobby was on vacation, he told Joey to take care of the show. Joey invited his former co-stars at OK Lang, brothers Tito, Vic and Val Sotto, to join him at Discorama. Only Tito and Vic accepted Joey's invitation. The newly-formed trio started to do comedy newscast segments interspersed with hilarious interpretations of Top 40 hit songs using made-up lyrics written by Joey. Thus the trio Tito, Vic and Joey was born. Discorama was given a new lease in life and was saved from the axe of GMA Network executives. The new trio was also included in Bobby's noontime show Student Canteen and also released 12 Tough Hits albums based on their Discorama Tough Hits segment.

Although Tito, Vic and Joey started their trio via Discorama and Student Canteen, it was the sitcom Iskul Bukol that gave them nationwide fame as comedians. Soon after, other TV and movie producers came knocking on the trio's door. In 1979, Tito, Vic and Joey started hosting for the noontime show Eat Bulaga! which was pitted against the more established Student Canteen hosted by their former colleague (and now competitor) Bobby Ledesma. Not long after, Eat Bulaga! toppled Student Canteen in the ratings. From wikipedia

Tito, Vic and Joey were later introduced as the tres dwendes in Chiquito's Mang Kepweng (1979). They were given their biggest break in 1980 in the movies Mr. One-Two-Three and Iskul Bukol, the trio's popular sit-com TV program. 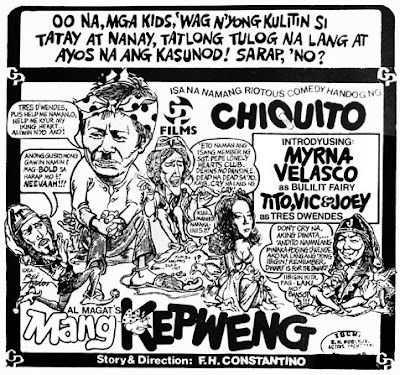 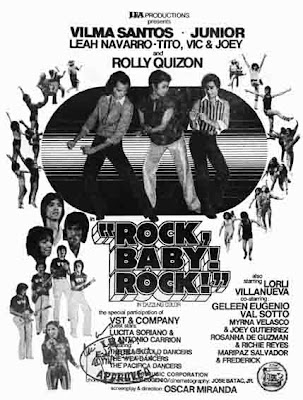 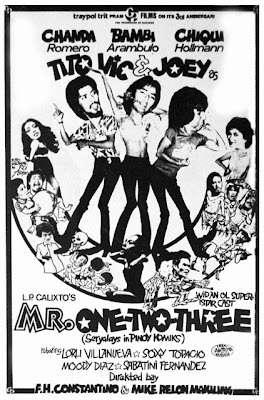 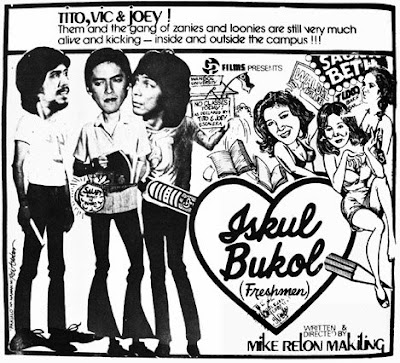 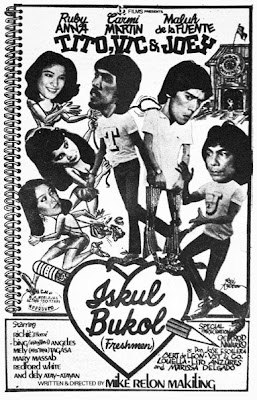 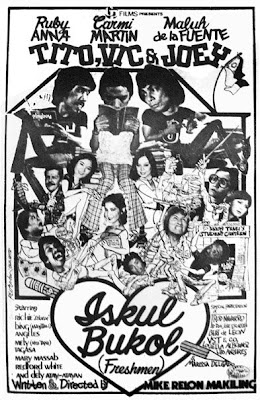 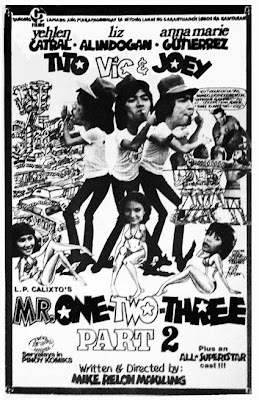 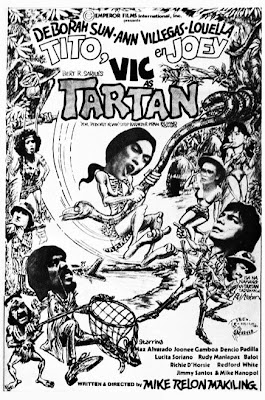 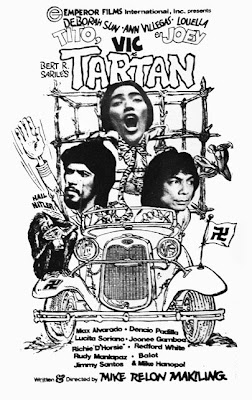 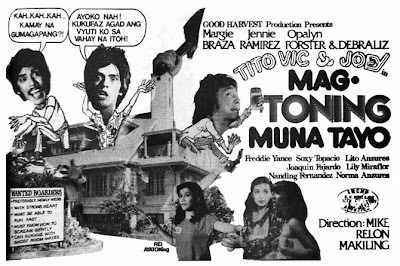 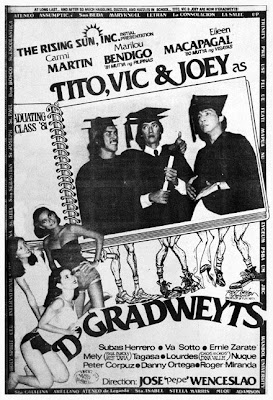 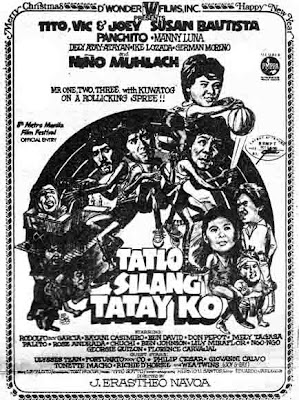 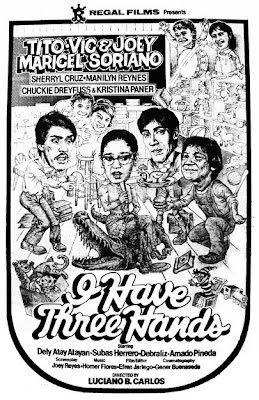 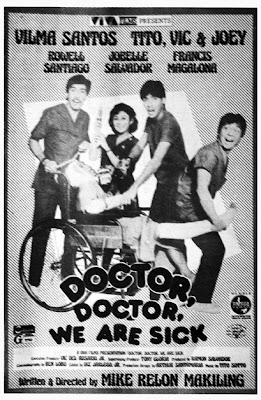 It was really interesting how the "big-head" pictures were the staple of comedy flicks back during the 70s and 80s. :)

Thanks for sharing this. Tito, Vic & Joey have always been idols of mine.

How I wish they could make a remake of Mag toning tayo, a scary horror comedy flick, nakakatakot talaga dating even the sound they used in the film, now sa sobra high-tech, horror movies no longer scare the hell out of movie audiences.

Hi. I was watching Inside Cinema last Tuesday and they showed a video of Doctor Doctor we are sick. It was hilarious! I want to know if you have a copy of this video.