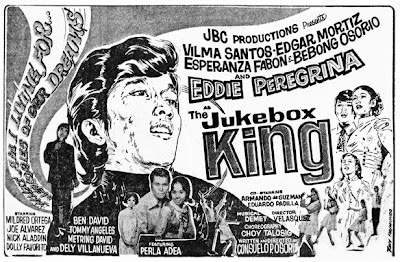 Eddie Peregrina, hailed as the original jukebox king, was only 32 when he died on April 30, 1977 at Polymedic Hospital. The popular singer sustained fatal concussions in his internal organs due to a car accident. He was on his way home from a two-day taping at ABS-CBN, when the car he was driving bumped into a doctor’s car along an underpass in . "Daig pa raw sa sipa ng kabayo ang tumama sa sikmura n’ya," said Lyn [Lyn Salazar-singer/actress].


Eddie died exactly a month and a week later after the accident. "Lumalaban s’ya pero hindi na kaya ng katawan," she said. "He had a major operation almost every week. Our friends said that had he lived, Eddie would have been reduced to a vegetable. He couldn’t even talk because his trachea was perforated. So, even singing would be out of the picture."

Peregrina’s ending was truly ironic for an idol, who practically sang his way to success, winning in amateur singing contests like the DZXL’s "Tita Betty’s Children Show" since he was six.

The next 26 years of his life saw Eddie conquered other national singing contests like the "Tawag ng Tanghalan," worked as a singer in for five years with The Blinkers band, and became the first Jukebox King of his homeland.

During the early 60’s, a singer’s popularity was practically determined by the jukebox, a coin-operated machine that can play specially selected songs from self-contained media. It was a period when fans dropped 20 centavos in a jukebox to listen to Timi Yuro’s "Crazy" or Matt Monro’s "Walk Away" and "Before You Go." Of course, Eddie’s songs like "Together Again," "Two Lovely Flowers," "Mardy" and "I Do Love You" were such national anthems and outdid their foreign counterparts not only in the jukebox market but also on the airwaves, in restaurants and well….. the local cabarets.

Eddie was already famous before Nora Aunor became a superstar. In fact, there was this show on Channel 9 that billed him ahead of Nora, "The Eddie-Nora Show (1970)."

He also did a number of films, like "Mardy" with Vilma Santos, "Memories of our Dreams" with showbiz loveteam Esperanza Fabon and wife, Lyn, "Batul of Mactan" (1974), "Your Love" (1970) and "Dito sa Aking Puso" with Nora (Aunor).

During his prime, Eddie, aside from his television show was doing one record album after another. Among his many popular songs were: "What Am I Living For?," "Don’t Ever Leave Me," "Puppy Love," "The Voice of Love," "Return to Me," "In My Little Room," "The Wonder of You," Mga Bakas ng Lumipas," You Mean Everything to Me" and "Lonely Boy."

From the article:
Eddie Peregrina: Memories of our Dreams
by Gypsy Baldovino
See article 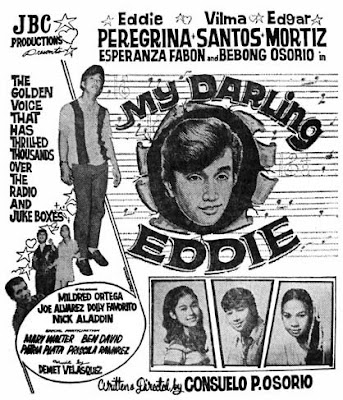 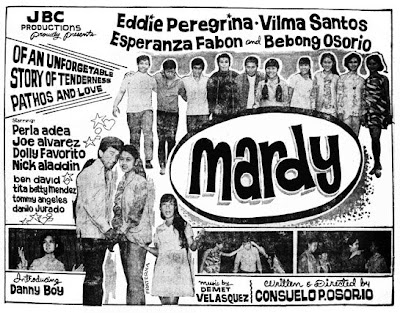 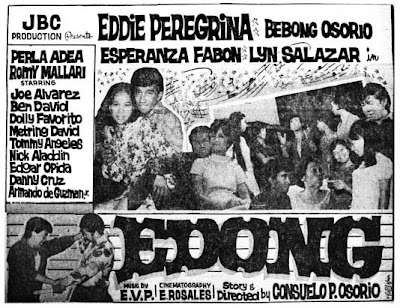 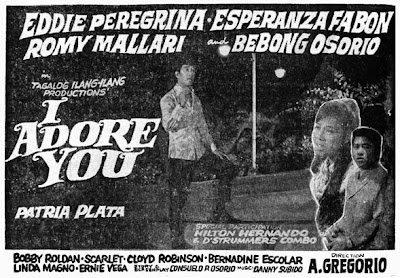 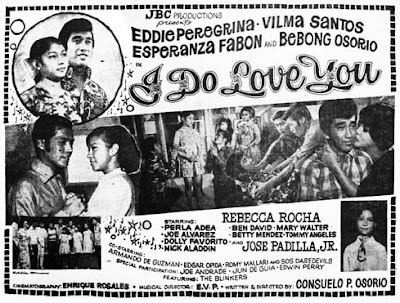 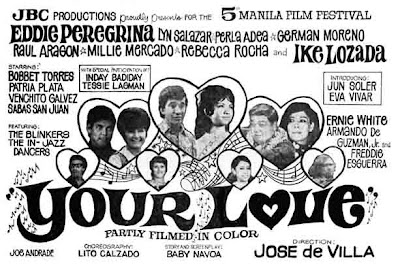 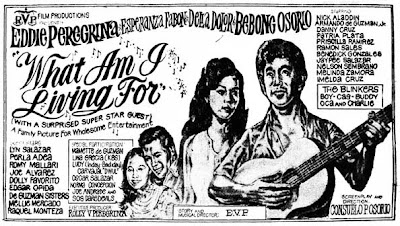 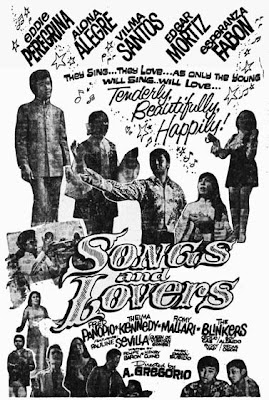 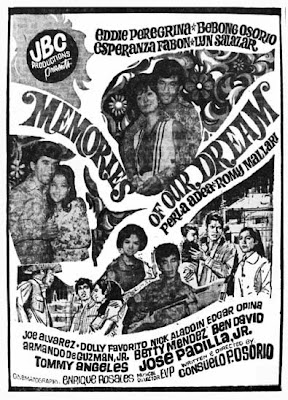 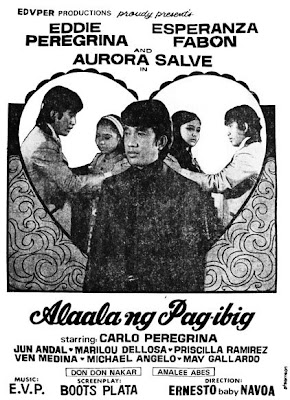 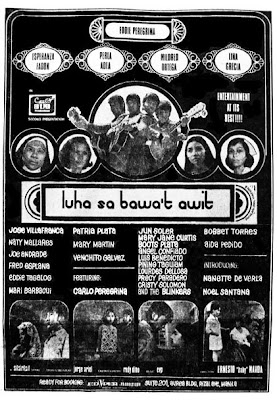 Hi, Thanx for featuring Eddie peregrina's Movies. he is the favorite of my ate and I just want to give her a surprise, please tell me how to get a copy of all his movies and how much the cost. tnx again

from way beyond said...

Where in youtube can i find Eddie performing in TV variety shows? Thank you.

I request the classic Filipino films from the 1970's & 1980's to Cinema One Global GMA Life TV & Youtube underway very soon. Thanks!
From :Wayne

He is the king of Jukebox from the Philippines long before Jovit Baldovino Mitoy Yonting Yeng Constantino & Marcelito Pomoy he is the pop singer of the 1970's era died in 1977 due to complications loss of a favorite entertainer in Filipino history. Thanks!
From:Wayne

i was elementary in 1970 when eddie made a sensation as the juke box king. he started a new brand of music because his voice is high. sana mapanood ko ang mga old movies niya sa you tube, walang mga for sale sa cd movies niya dito sa iligan. maraming salamat po.