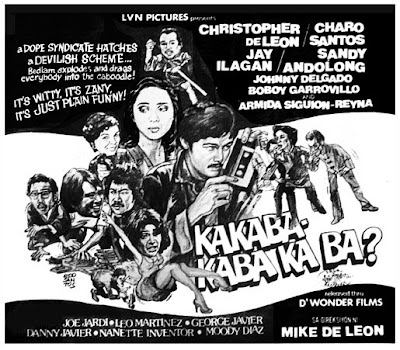 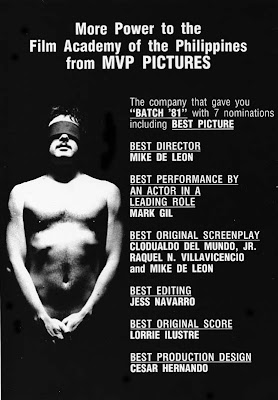 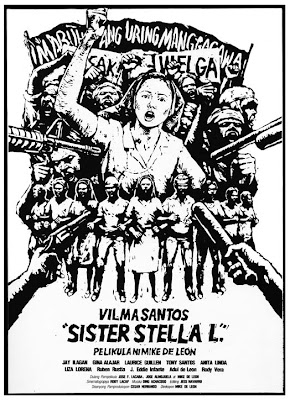 Miguel Pamintuan de Leon, also known as Mike de Leon, is a noted Filipino film director, cinematographer, scriptwriter and film producer. He was born in on May 24, 1947 to Manuel de Leon and Imelda Pamintuan. His interest in filmmaking began when he pursued a master's degree in Art History at the University of Heidelberg, Germany. 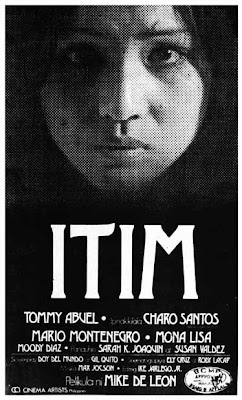 De 's films are a full reflection of the Filipino psyche that sought answer for questions on social class belonging, political absurdities, and fragmentations in various forms. His first major full-length work was, Itim (Black), in 1976. It was an in-depth study of guilt and violence and shows de Leon’s delicate balancing of cinematic elements to project mood and character. It was voted by the Philippine’s Urian Awards as one of the Ten Outstanding Films of the Decade: 1970-1979. The film also won him the best director award during the 1978 Asian Film Festival held in . 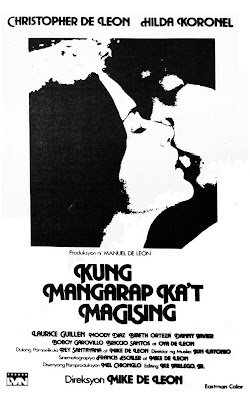 When De created Kung Mangarap Ka't Magising in 1977, it became a tribute to his grandmother Dona Sisang to celebrate the centennial of the family's film company, LVN Pictures. 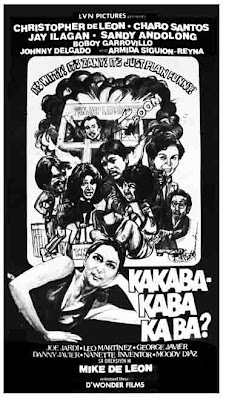 Known for his varied experiments in styles of film directing, he pushed the birth of the new musical in Kakabakaba Ka Ba?, a landmark film which portrayed a number of self-important totems of Philippine society. Kakabakaba Ka ba? won for De Leon the Urian award for best director. 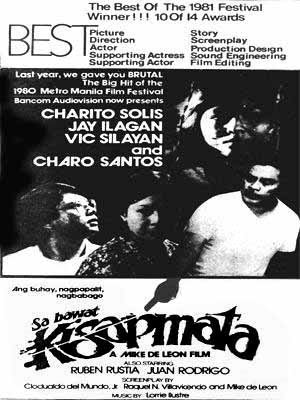 His other movies include Kisapmata (1981), Batch '81 (1982) and Sister Stella L. (1984). In these films he tackled social and political issues with powerful and disturbing imagery. His blockbuster film, Hindi Nahahati ang Langit (1985) was an adaptation from an earlier Filipino Komiks version of the same title. In 1987, De Leon also made Bilanggo sa Dilim, a full-length video commissioned by Sony Entertainment. 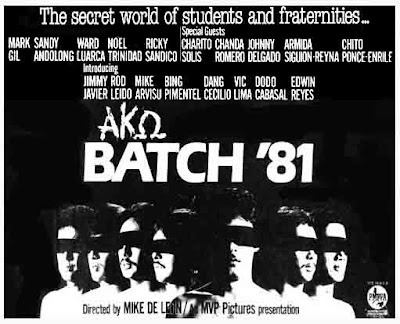 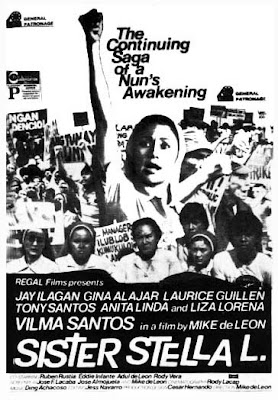 De explored subjects such as incest, fraternity violence, and the Filipino workers' cause. These were themes that were portrayed in the films Kisapmata, Batch '81 and Sister Stella L. respectively. These films became cinematic masterpieces in Philippine History of Filmography and were later listed as the 's Ten Outstanding Films of the Decade: 1980-1989 by the ’ Urian Awards. Later on, Batch '81 was voted best picture by the of the Philippines (FAP) where de Leon also won a best screenplay award. For Sister Stella L. de Leon won best director and best screenplay in the 's Urian Awards in 1984. Kisapmata and Batch '81 were presented during the Directors' Fortnight at the 1982 Cannes Film Festival. The film Sister Stella L. was an entry during the 1985 Venice Film Festival. 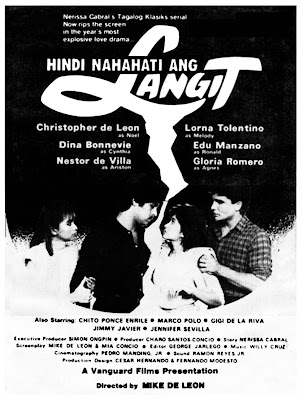 De pioneered the use of computer graphics animation for the TV advertising industry in 1988.

De ’s film, Aliwan Paradise, became a part of the Southern Winds in 1993, which is a collection of four films from , , the Philippine, and . The NHK and Japan Foundation commissioned this film anthology. 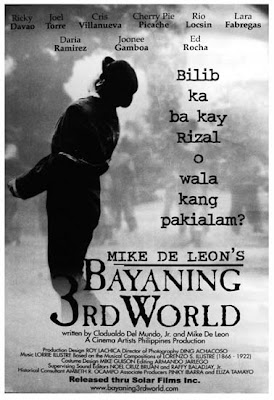 Hey, is there a store where they sell Kisapmata and other Mike de Leon films?

kabayancentral.com
is the place for hard-to-find pinoy classic films in dvd.

he's a great director and really one of the best. i do hope he'll make movie again with vilma, sister stella l is my favorite film of direk mike.thanks for this post/tribute.

I like his films. But I find the ending of Kisapmata very depressing, even more depressing than Polanski's Chinatown.

Mike de Leon is my favorite Filipino Director. His movies are timeless.. they are as relevant as the current news events happening today.

mike de leon not the winner of the best director in 1978 sydney asian film festival, but charo santos won the best actress in "itim" (rites of may). source: http://filemklasikmalaysia.blogspot.com/

Hi! May I use your poster of "Kakabakaba Ka Ba?" on my post on the film in my blog? I have cited your page as the source. Here's the link to my blog entry: