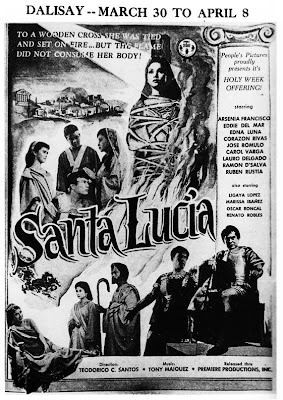 In , December 13 is Luciadagen, or 's Day. It is the beginning of their holiday season. was a young woman who lived in first century . She was a Christian who would not give up her faith to marry an unbeliever. She was tortured and killed by order of the Roman Emperor, Diocletian.Stories of her courage were brought to by missionaries where she became known as the Lucia Bride. Old people said the Lucia Bride would go out early in the morning to bring food and drink to the poor. She wore white robes and a crown of light.The story is acted out in Swedish homes with the oldest daughter playing the Lucia Bride. Early in the morning on December 13, she brings her parents a tray of sweet saffron buns and some coffee. She wears a white gown and a crown of greens, often made of holly. Her sisters and brothers dress in white and follow her. The girls carry lit candles and the boys wear tall, pointed caps and are called "star boys." is also honored in , where she was born. Christians there gather to celebrate her day with bonfires and torchlight parades...a fitting celebration since Lucia means "light."