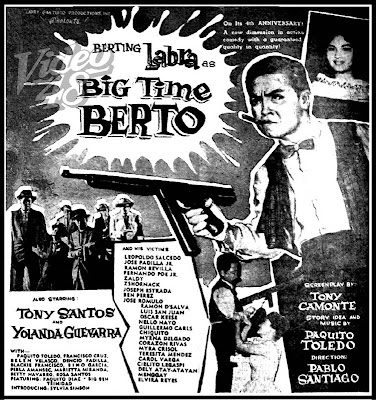 Character actor and comedian, Berting Labra, one of FPJ's favorite sidekick, had his share of limelight during the early part of his movie career doing gangster roles. He was known as "Big Time Berto" which he first did it in 1959 and reprised the role in 1982, after serving a 13-year prison term. 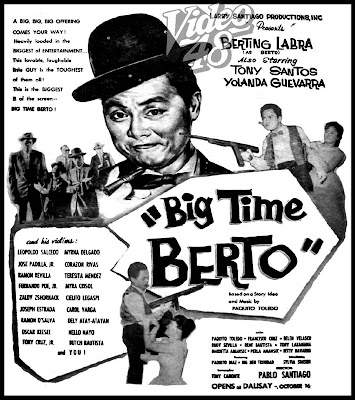 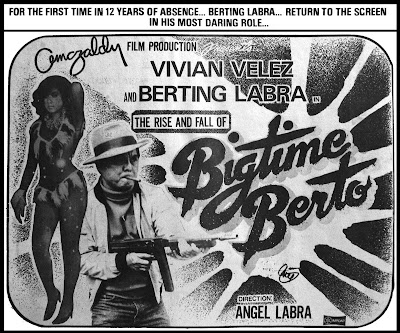