PAQUITO DIAZ WAS ONCE AN ATENEO BLUE EAGLE 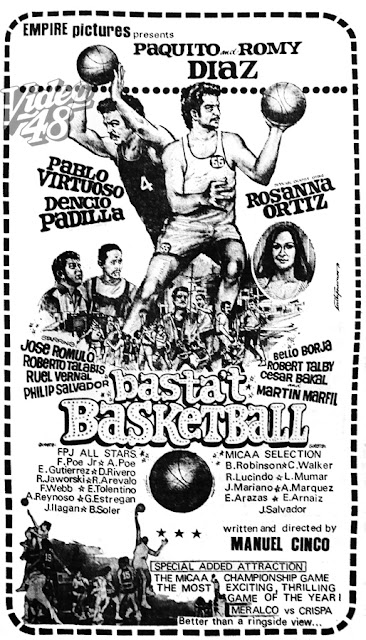 
Trivia: Did you know that top character actor Paquito Diaz was once a popular basketball star before he entered the movies? Yes, Paquito also made a name for himself in local hoopdom when he skippered the FEU High basketball team to three (1951-54) consecutive championships in the UAAP basketball tournament and also when he played for the Ateneo Blue Eagles (senior team) in 1955-56. 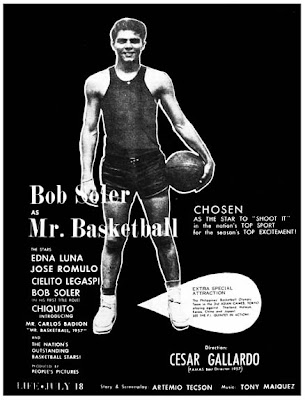 
During his basketball days, Paquito and Cirio Santiago (producer and director of Premiere) were teammates at the Ateneo Blue Eagles team. The two became friends. In 1958, during the filming of Mr. Basketball, Cirio offered Paquito a bit role in the film together with other outstanding cagers of the country. Impressed by Paquito’s good looks in the movie, Cirio lost no time in casting him in other films in which Paquito emoted with much gusto. That's how Paquito started his career in acting

Bob Soler, played for JRU Light Bombers before he entered showbiz. Ahead of him is Andy Poe (brother of FPJ).