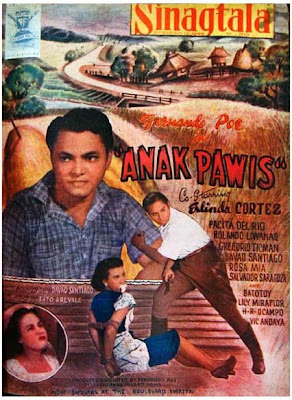 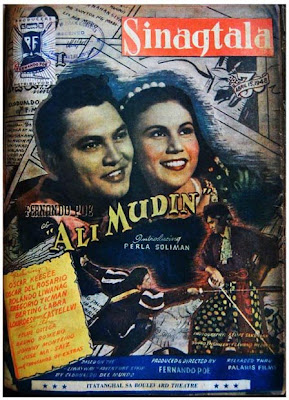 Fernando Poe, Sr., matinee idol of the 30s and 40s, was only 37 years old when he died of hydrophobia or rabies, due to puppy bites. Poe played such popular characters as Palaris, Limbas and Hagibis in the movies and his sudden demise left the whole Poe household in disarray. Ronald Allan Poe (popular known as FPJ or Ronnie Poe) was only 11 years old that time and he sensed huge responsibilities ahead of him. Ronnie later in an interview clarified that his dad was not bitten by a puppy but he got the rabies by letting the puppy licked his wound in the notion that it will heal fast.

Here’s that story behind the headline that completely changed the life of the Poe family. 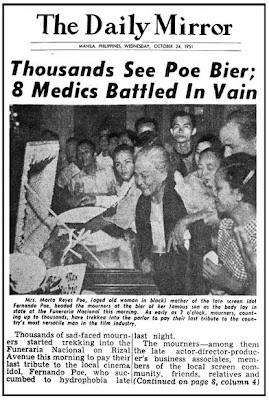 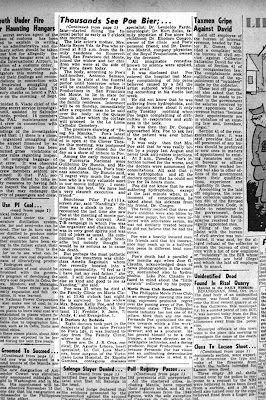 Thousands See Poe Bier:
8 Medics Battled In Vain
The Daily Mirror/ October 24, 1951
Thousands of sad-faced mourners started trekking into the Funeraria Nacional on this morning to pay their last tribute to the local cinema idol, Fernando Poe, who succumbed to hydrophobia late last night. The mourners--- among them the late actor-director-producer’s business associates, members of the local screen community, friends, relatives and fans--- started filling the funeral parlor as early as 7 o’clock this morning.
The late actor’s mother, Mrs. Marta Reyes Vda. de Poe who arrived at 8:15 a.m. from the family residence on , San Francisco del Monte, joined the widow and her children who were at the side of Poe since dawn today.
The body, according to Poe’s half-brother, Antonio Samson, will lie in state at the funeral parlor until tomorrow when it will be transferred to the Royal Productions in San Francisco del Monte, to lie in state for one day, then another day in the family residence. Interment will be on Sunday, immediately after a requiem mass to be said over the body at the after which the cortege will proceed to the La Loma Catholic Cemetery. 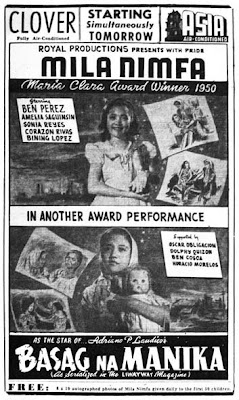 The premiere showing of “Basag na Manika,” Poe’s latest production, which was scheduled to open at the Clover Theater this morning, was postponed and the theater closed for the day as a show of tribute to Poe.
Poe was 37 when he died at the Family Clinic on Maria Clara at 11:45 o’clock last night. He is survived by his widow, Mrs. Bessie Kelly Poe, and their six children, Elizabeth, 13; Ronald Allan, 11; Andy, 9; Jenny, 7; Freddie, 4; and Evangeline, 1.
Eight doctors took part in the desperate fight to save Fernando Poe’s life, it was learned today from The Family Clinic, where he died. These are: Dr. J.R. Cruz, medical; Dr. Agustin Liboro, heart specialist; Lt. Col. Luis Martinez, bone surgeon of the ; Dr. Elpidio Gamboa, contagious diseases specialist; Dr. Leopoldo Pardo, neurologist; Dr. Kurt Eulau, family physician of Poe since his childhood; Dr. Eliodoro Congco, owner of the clinic and Poe’s personal friend; and Dr. Demetrio Madrid, company physician of the Royal Productions, owned by the deceased
All imaginable remedies known by science were applied, to no avail. It was disclosed that Poe entered the hospital last Monday complaining of hip pains believed caused by a fall the actor suffered while celebrating something in his studio last week. He did not know that he was suffering from hydrophobia, and the doctors knew it only early Tuesday morning when Poe began complaining of difficulties in respiration and stiffness in the neck. It was then that Dr. Congco, approached Mrs. Poe to ask if the patient was ever bitten by a dog. It was only then that Mrs. Poe said that he was really bitten by a puppy last August and never took anti-rabies injections.
At 2 a.m., Tuesday, Poe’s infection turned for the worse, and the doctors were summoned for consultations. All said that it was hydrophobia and all the doctors opined that he could not live for 24 hours more. Poe did not know that he was suffering hydrophobia, except at the last minute when, in a moment of consciousness, he asked about his sickness from his friend, Dr. Congco.
The family recalled that three of Poe’s children were also bitten by the same puppy, but they were injected with anti-rabies serum. He was not similarly treated because he did not believe that he had the virus.
Poe was a heavily insured man. His friends said that his insurance may reach up to a half-million pesos in different local companies. 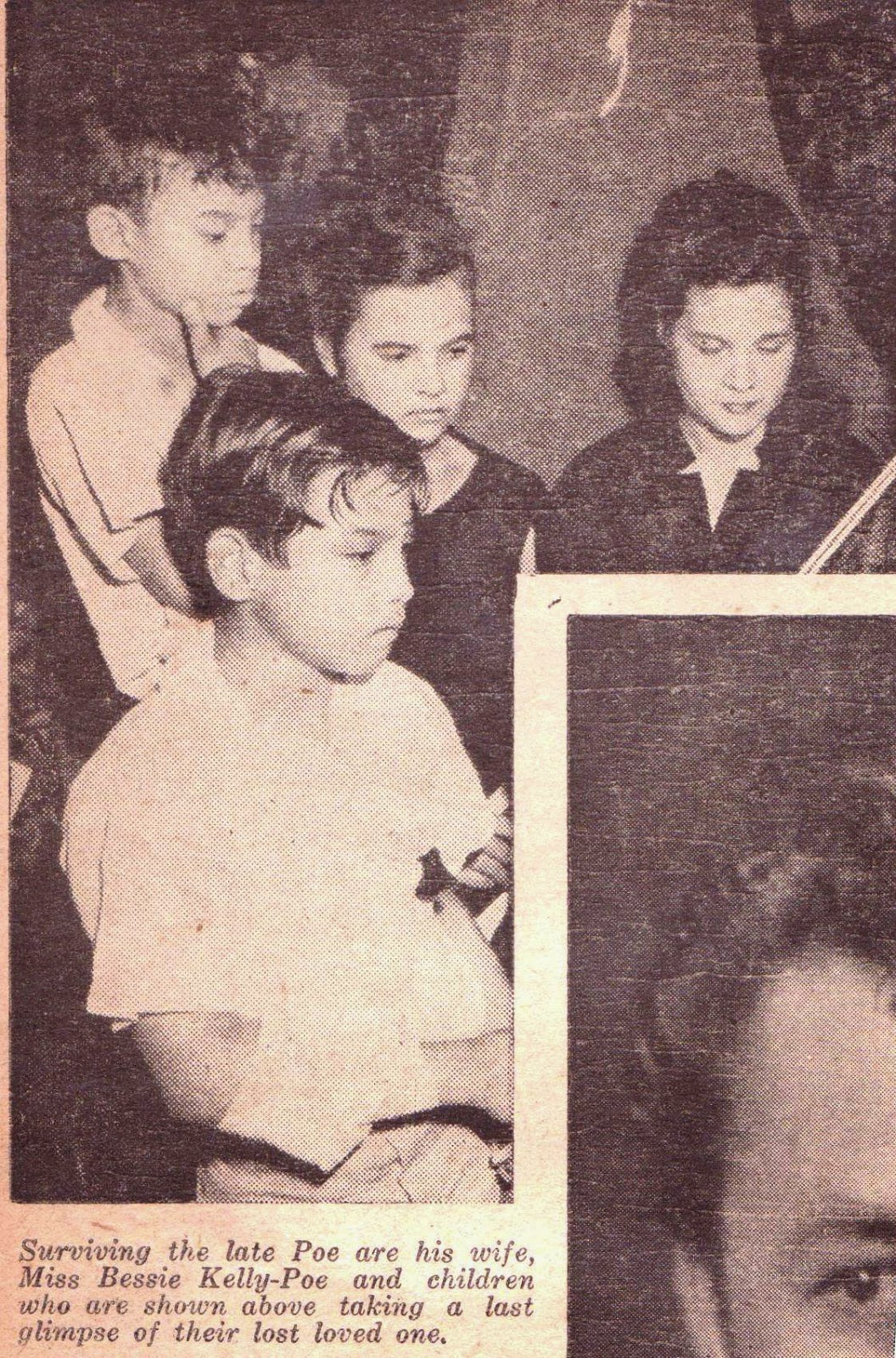 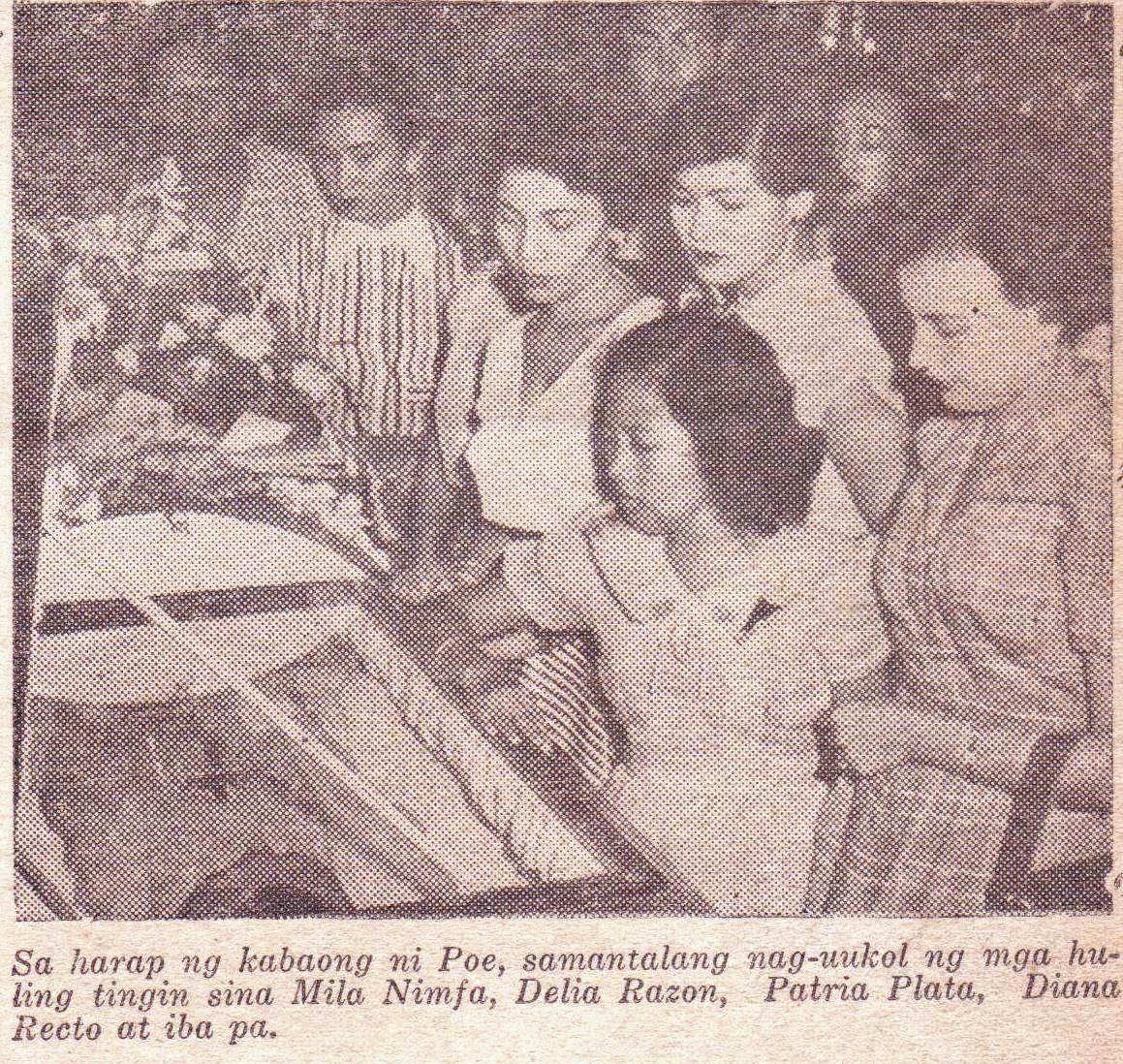 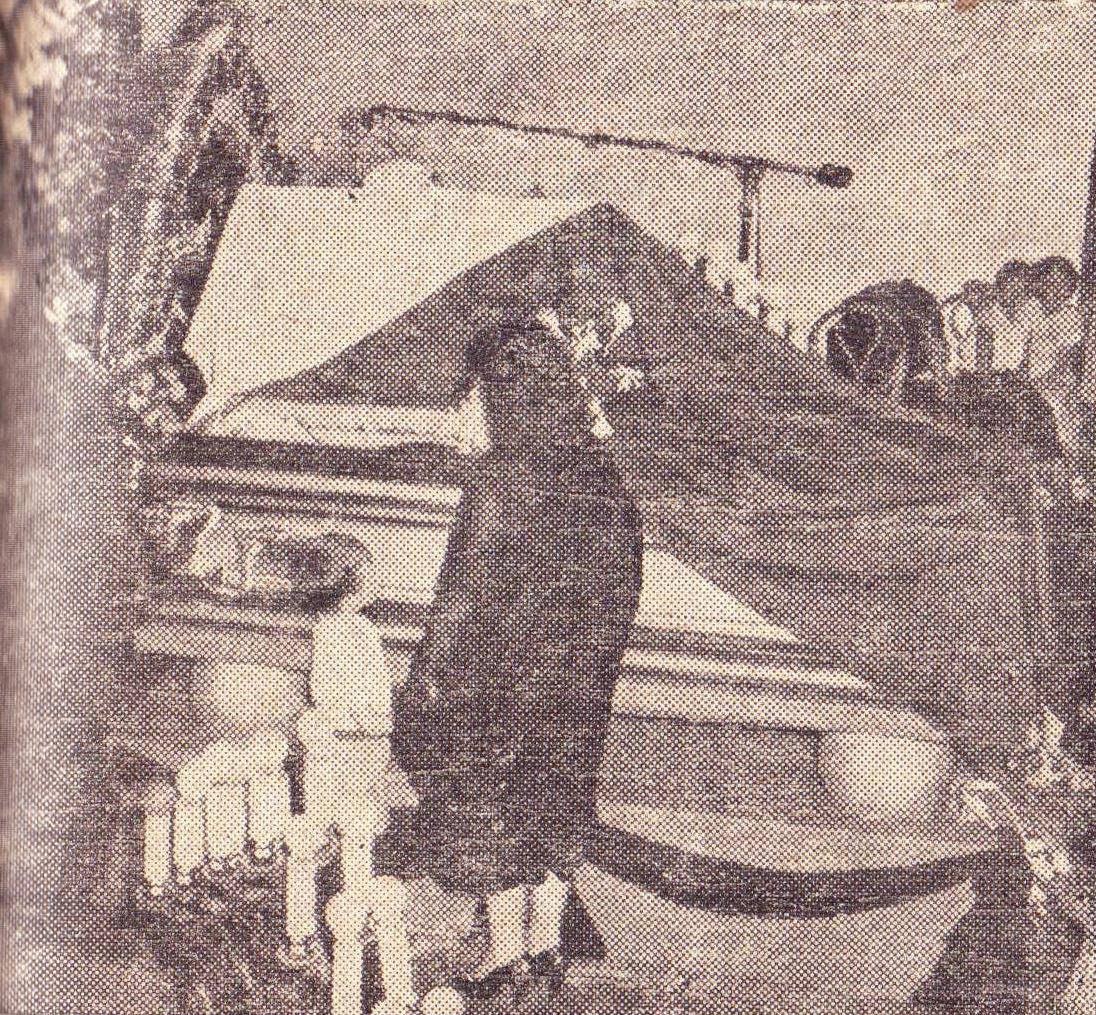 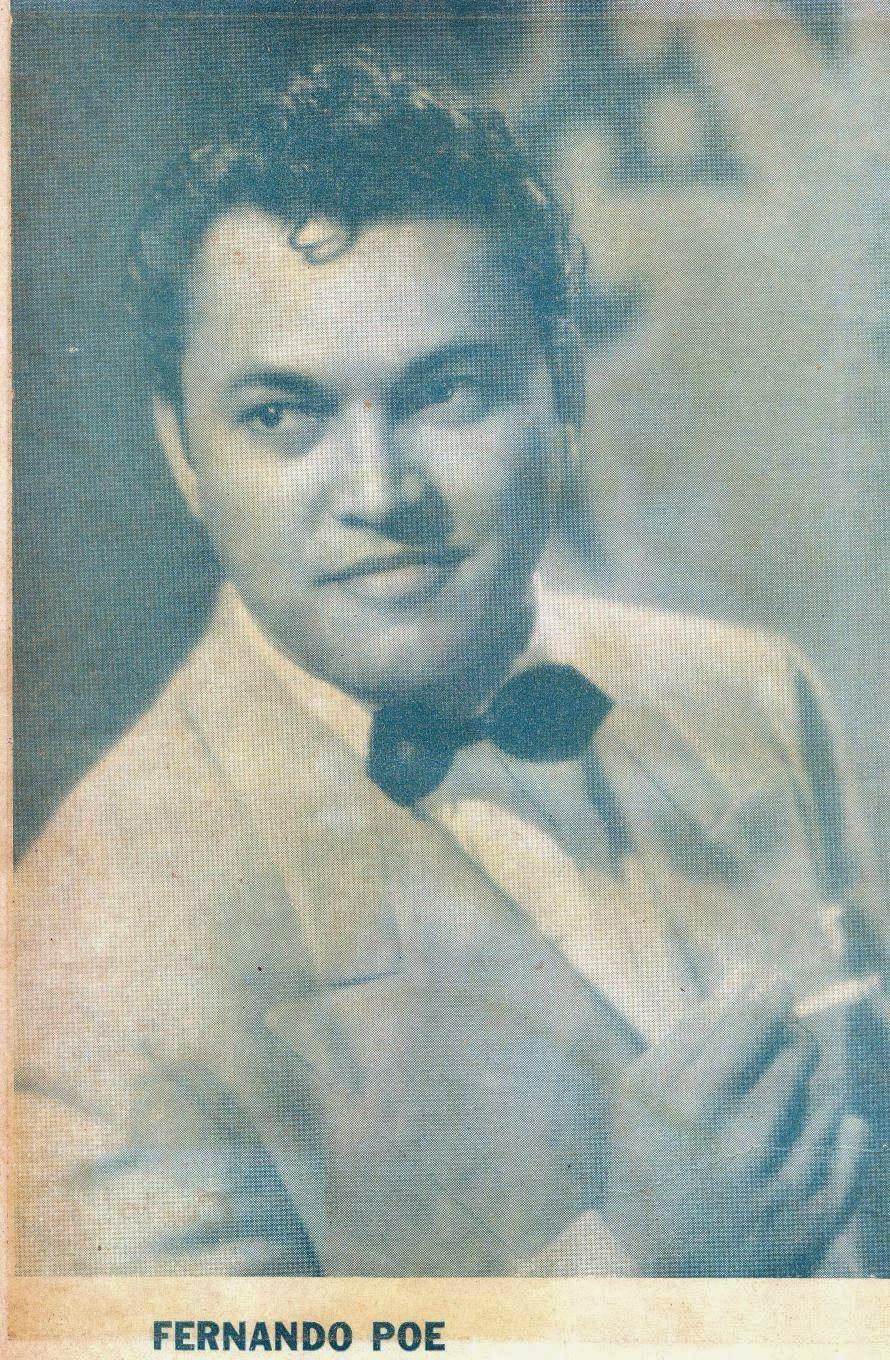 This is the first photo I've been able to find of Marta Reyes. Thanks for posting that! She was a family relative. I have learned some stories from family members who lived with her after she was widowed. They played with Ronnie and his siblings next door in Lubao, and have some memories of that. I wish there was more information on Marta Reyes, and on Elizabeth Gatbonton Kelley. If you have more, please share!

How I wish he stayed alil bit longer.. guess he was such a nice man

This is a great find for me. One of the eight doctors mentioned in the article who tended FPJ Sr. in his last moments was my father. My father was not the kind of man who told of his experiences. I would never have know about this were it not for this post. Thanks for sharing it.

Great man. But died because of stupidity. Such a shame

I thought He graduated from UP and also a graduate of dental health. He shouldve known better but yun na nga talaga! pag panahon mo panahon mo na talaga.