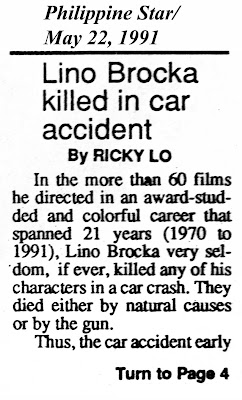 May 21, 1991---
Award-winning Filipino Director Lino Brocka, 52 met an untimely death in a car accident yesterday morning. The accident happened at about 1:30 a.m. along in , just a block away from the PLDT office. Brocka and his companion, actor William Lorenzo, were on their way home to Tandang Sora in when Lorenzo’s 1991 Toyota Corolla rammed into a concrete electric post. Brocka and Lorenzo just came from the Spindle Music Lounge on where they watched the show of Malu Barry, a sultry singer cast by Brocka in one of his new films, Bonanza’s Kislap sa Dilm.

Police said Lorenzo avoided a tricycle that suddenly crossed their path, only to see two people crossing the street. Lorenzo tried to avoid hitting the pedestrians and ran smack into the post. 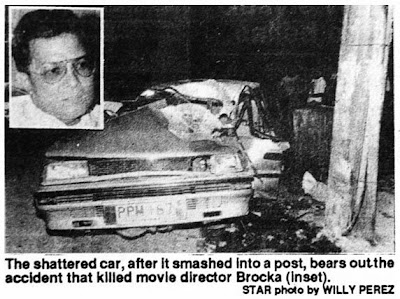 Brocka was declared dead on arrival at the while Lorenzo, although still in critical condition, was declared out of danger by doctors. The car was a total wreck.

Following his wish, Brocka’s remains will be cremated. 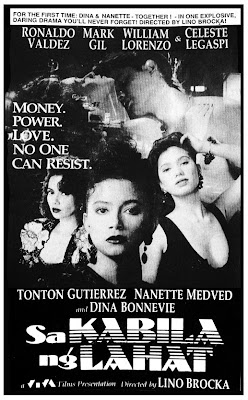 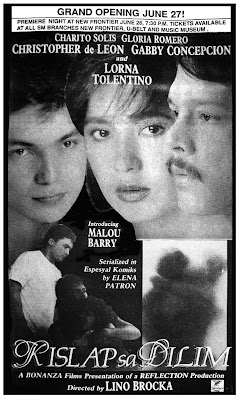 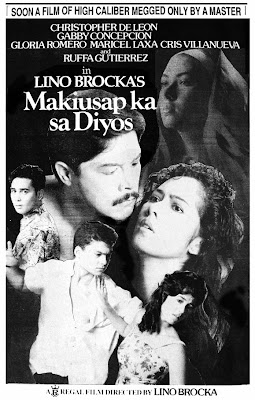 He is the multi-awarded film director/producer and author in Filipino films during the 1970's and 1980's era and political opponent of the Marcos regime and supported the opposition against the government become an agitator and supporter of Corazon Aquino after EDSA revolution until died in car accident in 1991 remains a popular icons in Filipino history. Thanks for the information. From:Wayne

I just want to let you know that I just check out your site and I find it very interesting and informative.. Car Accident Lawyer Michigan

i love reading this article so beautiful!!great job! how cars work pdf