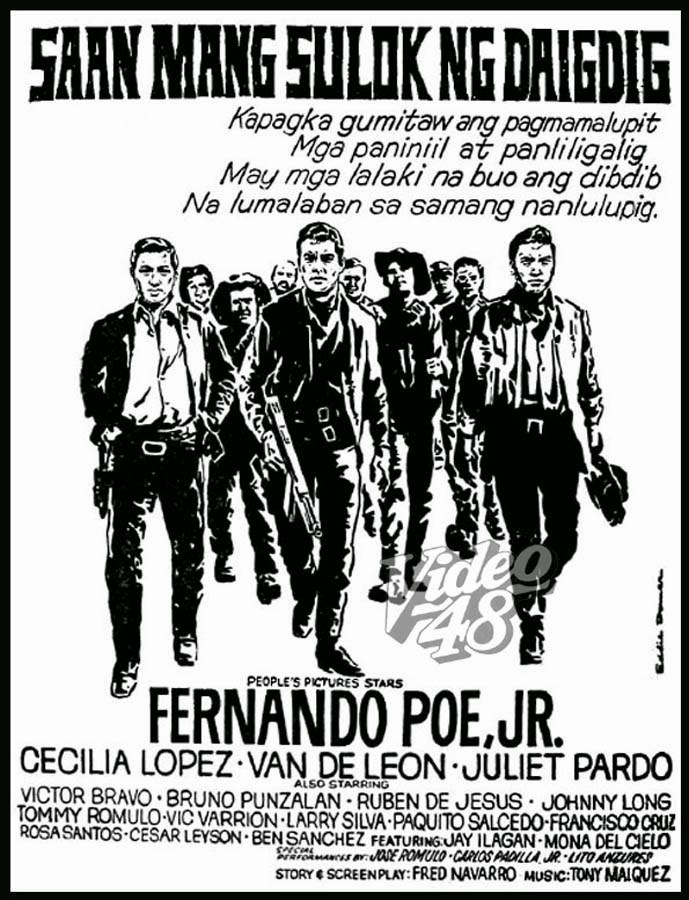 Synopsis: A monument was built at the town plaza of Masili to honor the heroics and bravery of a group of ten men who rose up and took up arms against the Japanese Imperial forces, sacrificing their very lives and with only the welfare of the populace of Masili on their minds.

But the peace enjoyed by the townsfolk was short-lived when a band a bandits headed by Van de Leon came in and sowed fear and terror on the beleaguered residents.

Meanwhile, a young man, played by FPJ, entered town, saw the monument; he was befriended by a young boy, Jay Ilagan; he narrated to the boy a story behind the monument and the heroics of the ten men.

While in town, FPJ got a menial job in a small ‘carinderia.’ He became the butt of jokes and always got the ire of some of the bandits who visited the place and began taunting and harassing him.  The boy told him to stand up and fight, but he chose not.  Branded a coward, he made sure to just shy away from the scene.

As things got worse, people were worried and prayed that a group of men will rise again to protect them from the oppressors. Their prayers were answered as one by one, the bandits were neutralized and killed.

In the end, FPJ bid farewell as he viewed the monument again. 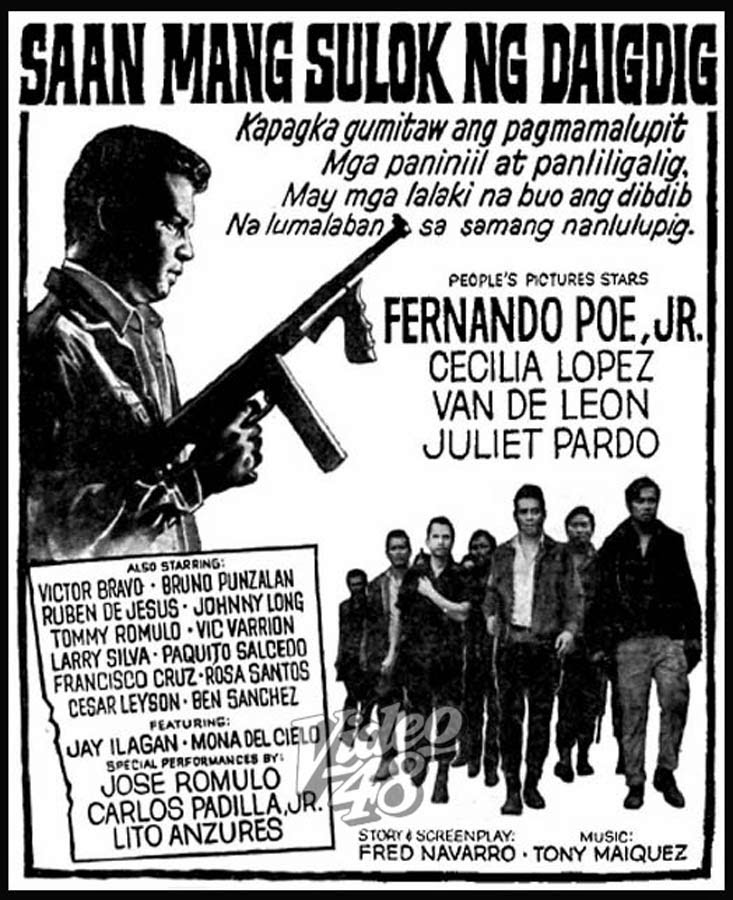 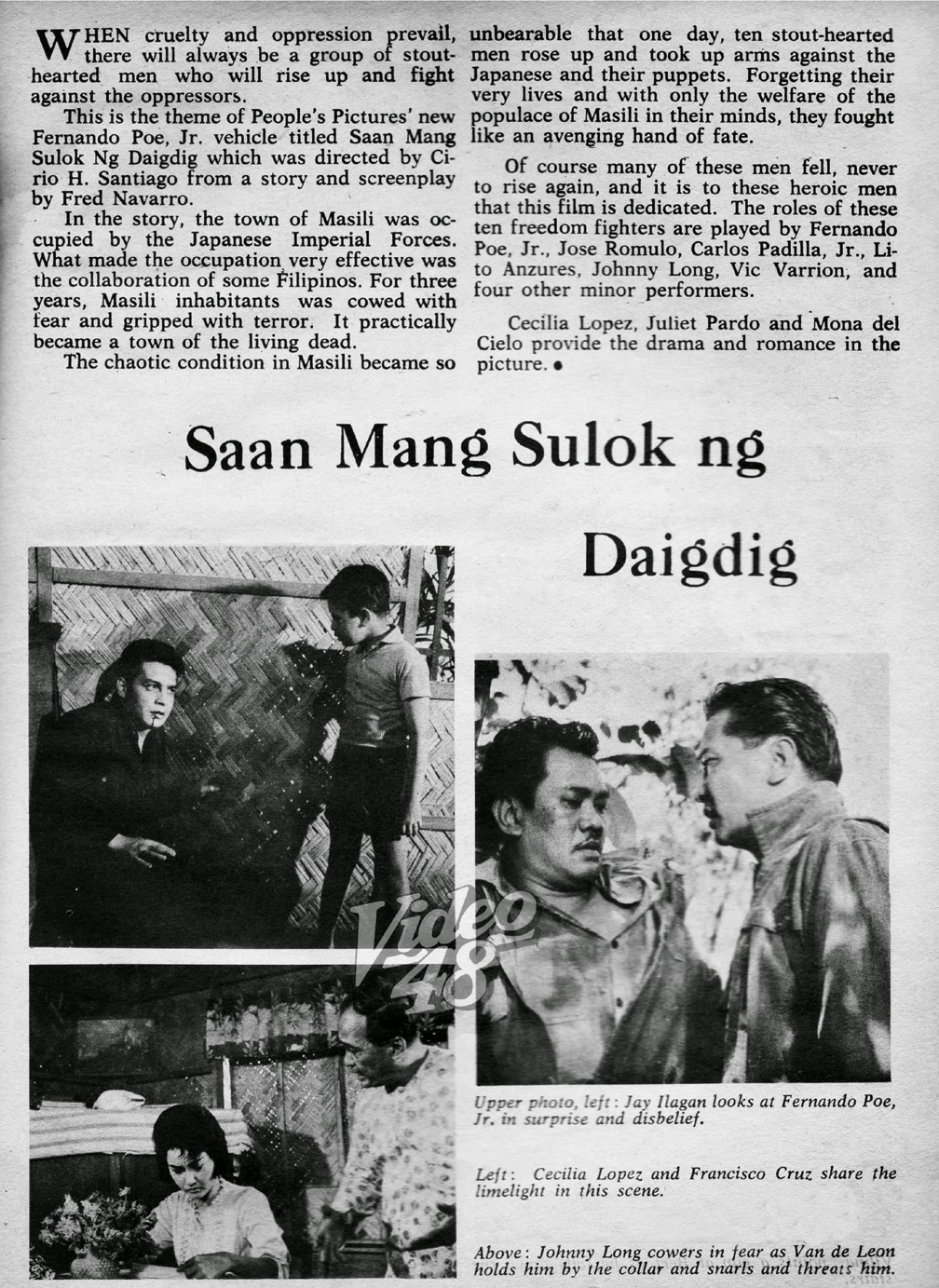 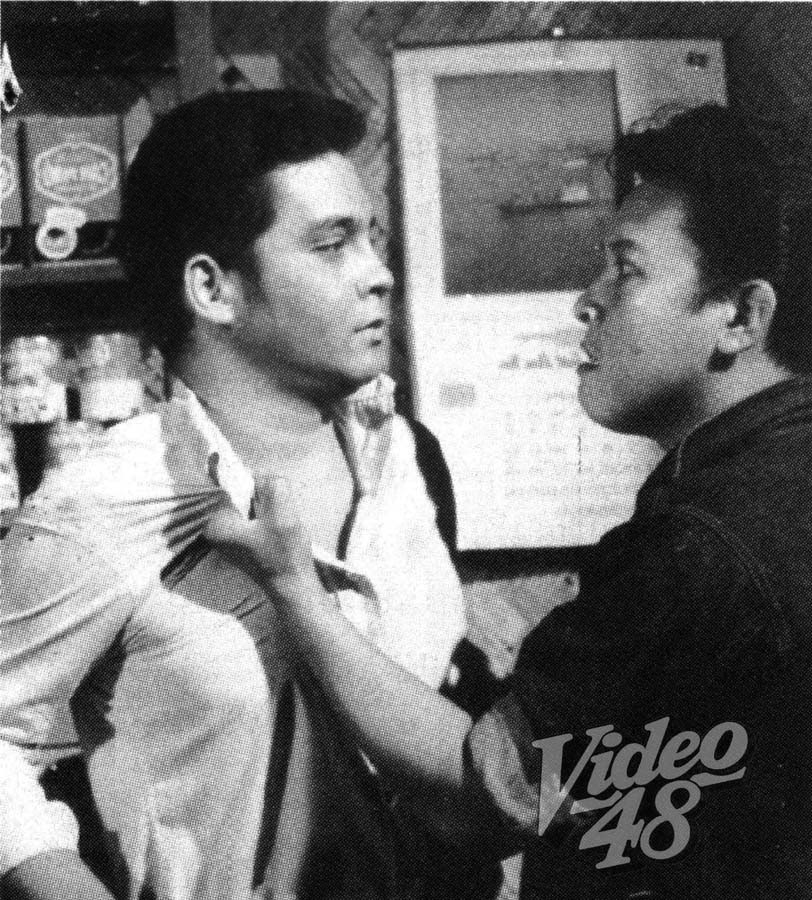 FPJ being harassed and intimidated by Victor Bravo 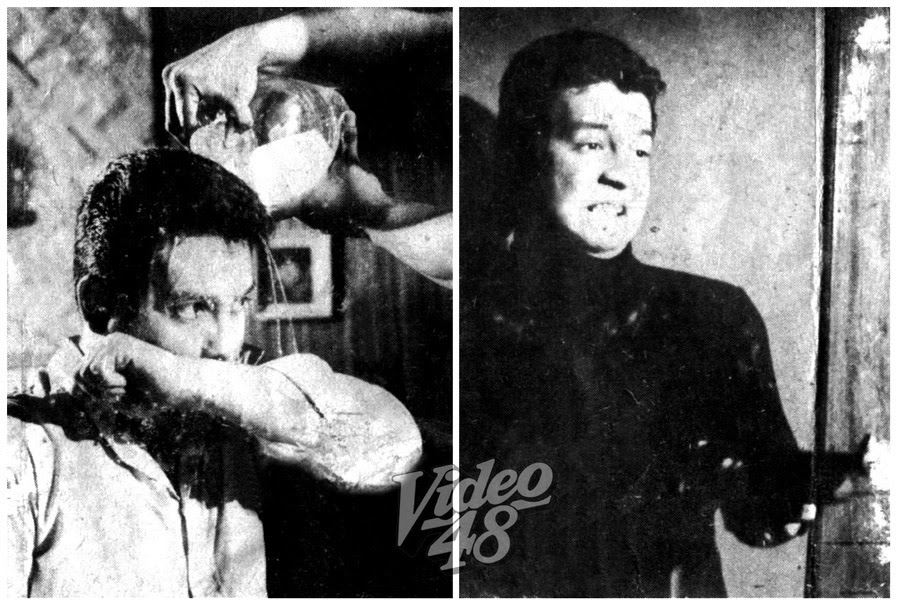